Characterised by its modern styling codes and exceptional craftsmanship,  the Waltz N°1 Skeleton watch in stainless steel case with black dial by Carl Suchy represents the proficiency and design flair of this exciting independent watchmaking company. Featuring an intricate partly open-worked dial and a sleek case profile, the piece exhibits classical dress watch characteristics with an avant-garde twist. Not limited to its eye-catching aesthetics, the model also boasts the sophistication of a Swiss mechanical self-winding movement by Vaucher Manufacture Fleurier.

Founded in Prague in 1822, the workshop of Carl Suchy became renowned as a purveyor of prestigious timepieces to the royal courts and society circles throughout Europe and beyond. A name of historical significance, which was reawakened after slumbering for almost a century, today the company observes the influences of its ancestry, while also integrating the mechanical prowess offered by modern-day horology. The Waltz N°1 Skeleton watch is an exclusive and distinctive piece which evolves the portfolio of the marque, and brings a stunning new dial architecture to their timepiece collection.

The watch is housed in a rounded stainless steel case sized at 41.5mm, enhanced with contrasting polished and matte finishes  With sloping lugs and a rounded bezel topped with a gently domed sapphire crystal,  it has perfect dress watch proportions, resting just 9.3mm high on the wrist. At its perimeter, the dial curves upwards to meet the crystal. Here, all is as one would expect of a refined, understated and quietly beautiful dress watch dial, with polished minute marker dots and applied hour markers, which curve to conform with the contour of the dial. Polished steel hands indicate the hours and minutes.

Elsewhere however, the surface of the dial takes on a remarkably modernistic appearance. Emanating from the centre, the galvanised facade has been given a stealthy black PVD coating and it features a partially open-worked guilloché decoration, comprising of vertical striping on the left and horizontal on the right. Offering a look-see through to the mechanical components of the movement, each louvre is executed with meticulous precision and the effect of the differing lines is one of orderly crispness, an element which is synonymous with Viennese modernism and in particular, the work of Austrian architect and designer Adolf Loos. At the six o’clock, an ingenious little running seconds display, which has also been partially open-worked,  rotates in a gentle pirouette. As it performs each charming whirl, it evokes the entrancing charm of the celebrated Viennese Waltz dance, aligning only once per minute with the decoration on the rest of the dial.

On turning over the piece, one can immediately discern that hours of skilful work have been invested into the finishing of the mechanical movement.  Here, revealed through the rear sapphire exhibition caseback, blackened PVD skeletonised bridges, hand-finished angles and decorative perlage intermingle, creating a remarkable panorama. An extra-flat calibre at just 2.6mm high, the VMF 5401/180 movement was created in collaboration with Vaucher Fleurier Manufacture, leaving one in no doubt of the horological pedigree of this timepiece. As a final flourish, the decentralised mico-rotor has been finished in the same vertical and horizontal technique as the dial, and its petite form ensures that every detail of the movement is showcased.

While this model is a masterful example of a modern day dress watch, the Carl Suchy Waltz N°1 Skeleton watch with black PVD dial is also suggestive of the noble heritage of this historical company, and with a limited production of only 5 pieces per year, the wearer can be assured of its exclusivity.  Presented on a black alligator  leather strap, the watch is secured to the wrist by an engraved folding clasp in stainless steel. 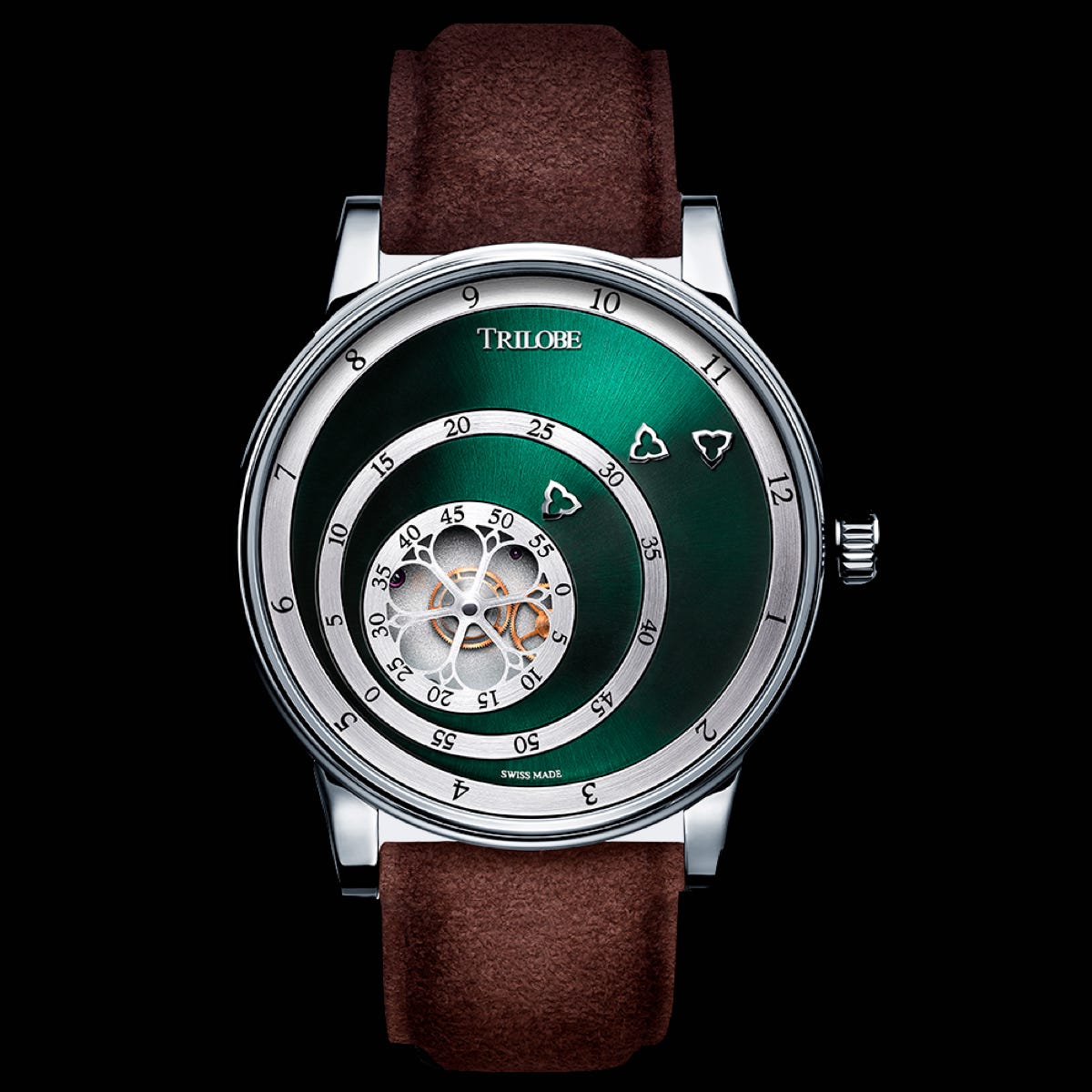 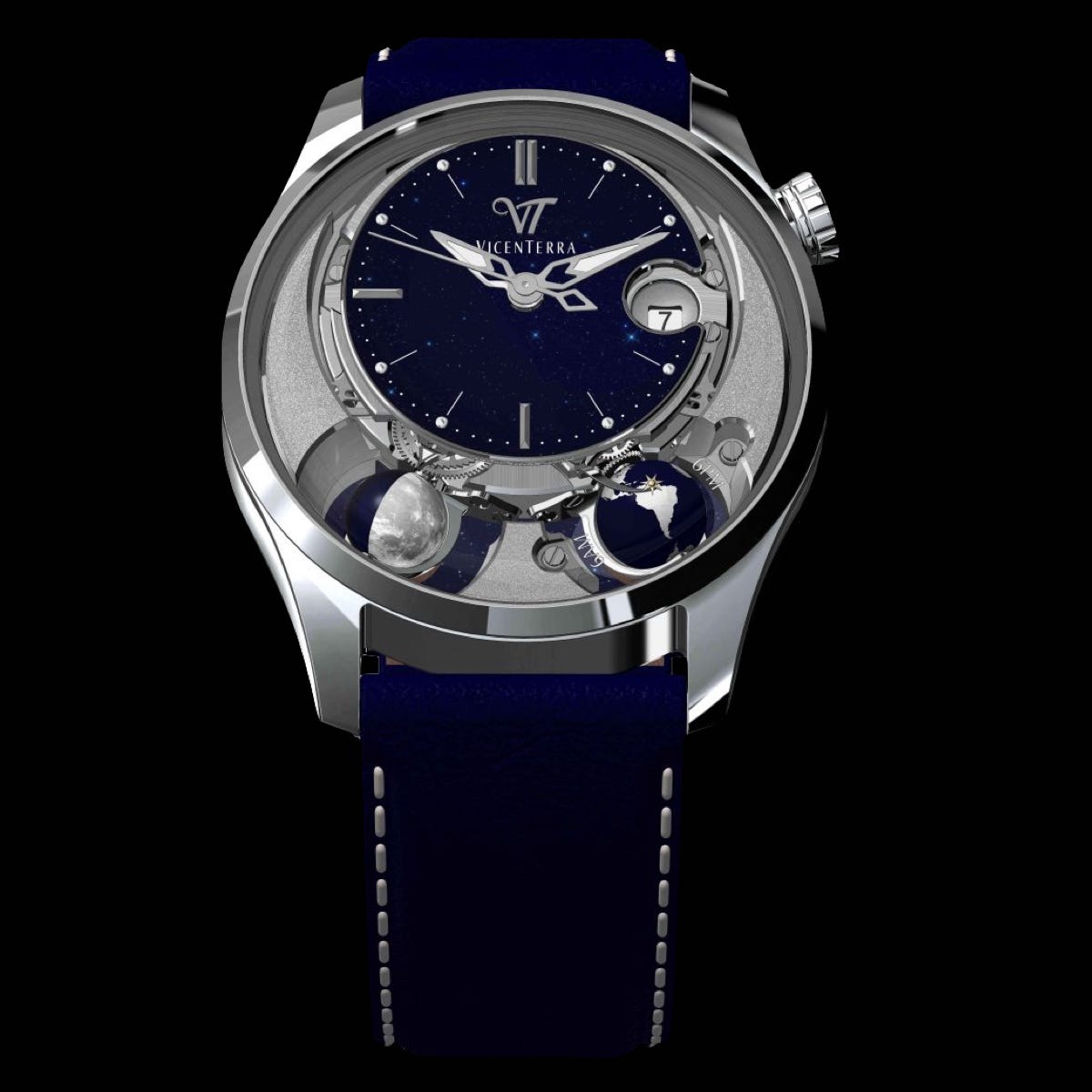 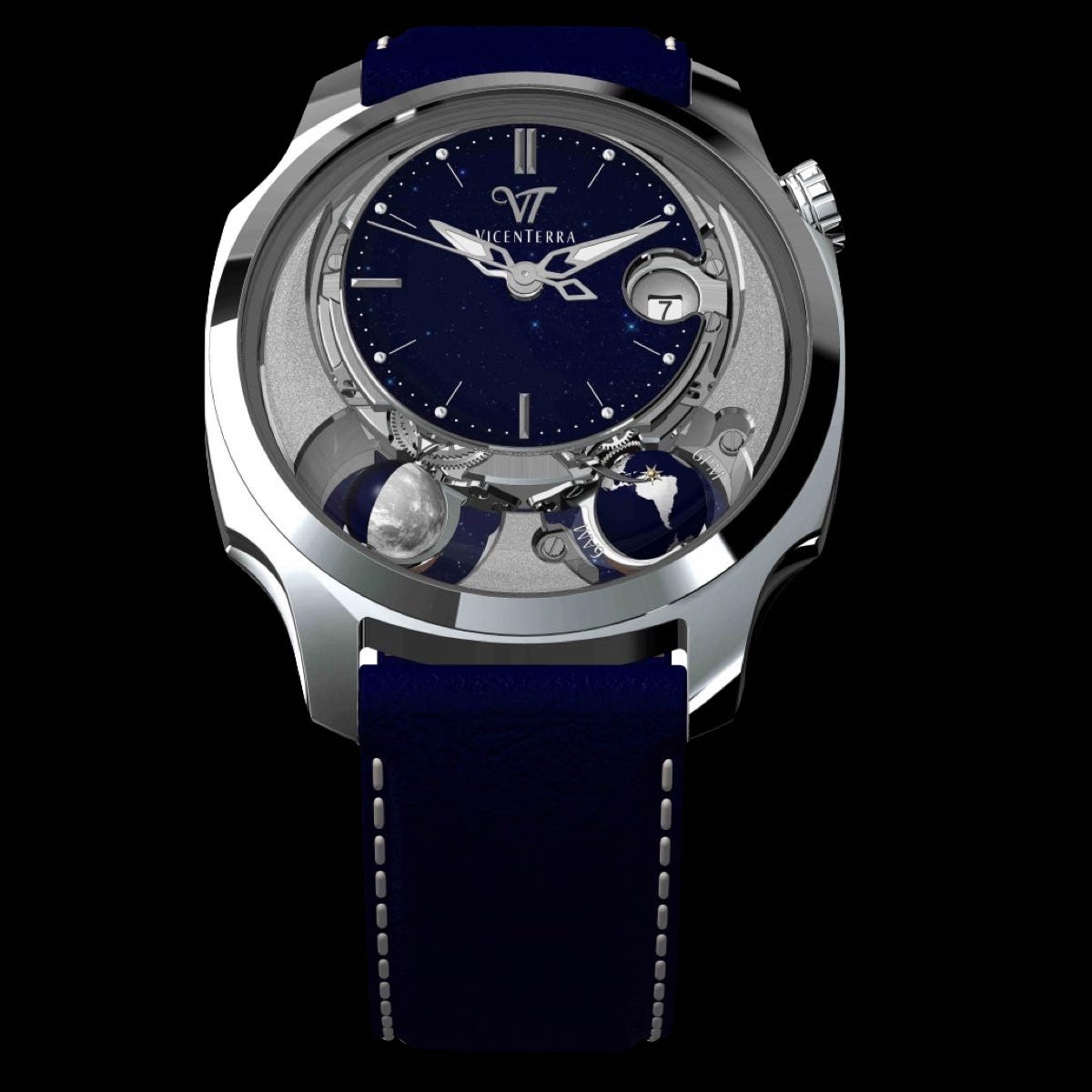