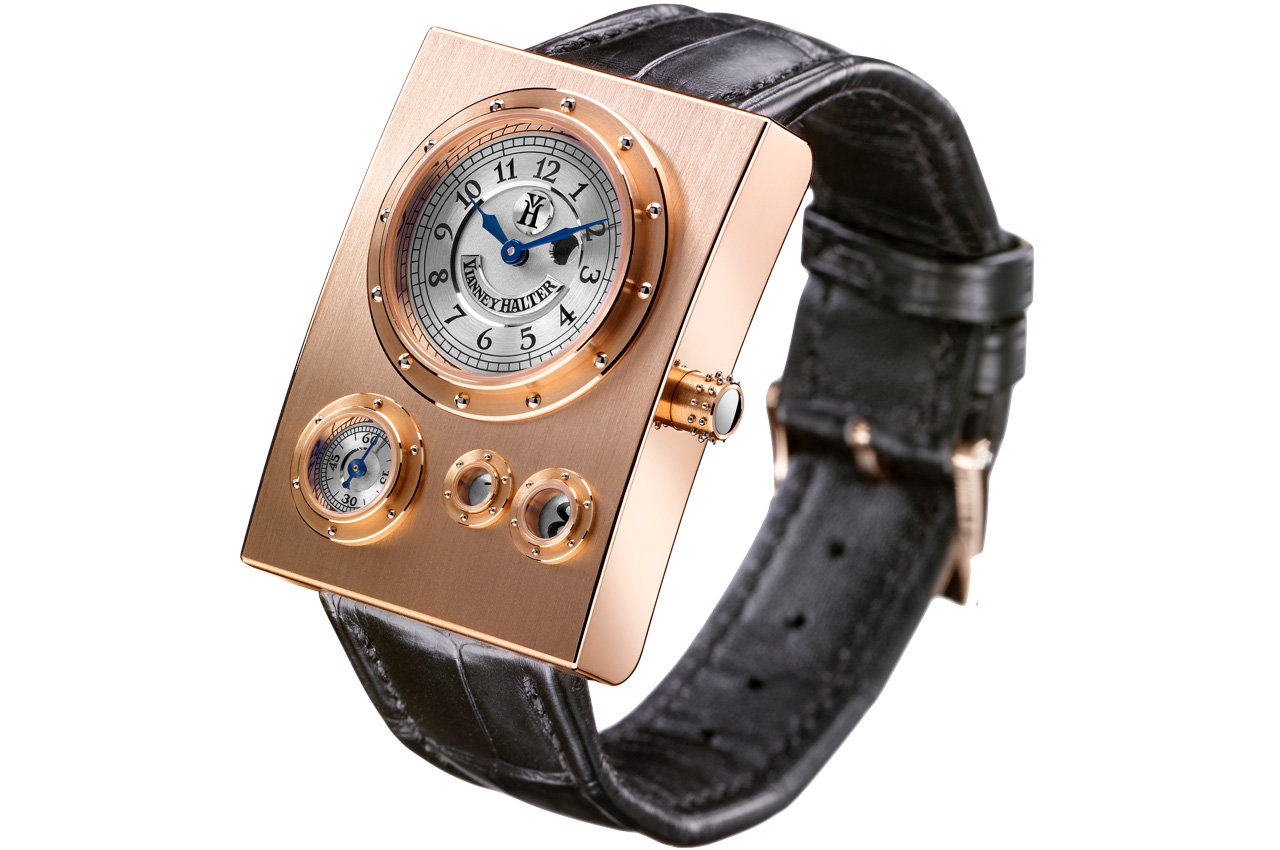 The watches which come from the atelier of Vianney Halter are, without exception, quite unlike any others. Uncompromisingly eccentric, bewildering and fascinating in equal measure, his unique style has established an adoring following among collectors, and a reputation as one of today’s most creative independent watchmakers.

While his watches are as diverse as it is possible to imagine if there’s one common thread which runs through his work it is that Halter is not concerned about conforming with accepted watchmaking norms, instead of producing astonishing pieces of horological art.

The Vianney Halter Trio Grande Date is a spectacular piece which never fails to attract admiring and curious looks. From his Futur Antérieur collection, at first glance, it is unusual, to say the least, but very quickly it becomes apparent that it is a very special watch indeed, as the attention to detailing, the standards of finishing throughout, and its sheer quirkiness elevate it from novelty to a very serious timepiece indeed. When you learn that it is partly inspired by steam age technology, everything makes sense, as it’s clear that with its functions separated and laid out on individual dials, it's like the gauges on an old industrial boiler – and a magnificent display of freeform watchmaking.

The rose gold case is rectangular in shape, yet its profile is also ever so subtly curved to ensure a superbly comfortable fit on the wrist, even more so thanks to the fact that the strap ends are fixed within the case, and so there are no lugs to extend its length. In fact, the only protruding thing is the beautifully detailed crown.

In true steampunk fashion, the functions are separated in an array of round portholes where the hours and minutes (and a tiny day/night indicator) dominate in the largest dial, with the small seconds and single date numbers each housed individually in irregularly sized displays beneath. It looks mad, but it’s a masterpiece, exquisitely executed and in every minute detail the finishing is quite superb.

Inside beats the bespoke VH205 self-winding movement which is fully manufactured in the Halter atelier. Rightly proud of his workmanship the meticulous detailing of the components are fully exposed through the sapphire case-back, and if the lack of any apparent means of winding is a surprise, it’s because the rotor is also made from sapphire, and so virtually invisible.

An incredible watch from the highest table of independent watchmaking, the Trio Grande Date is both rare and important. It is unmistakable in every way and examples of this very limited production are few and far between.