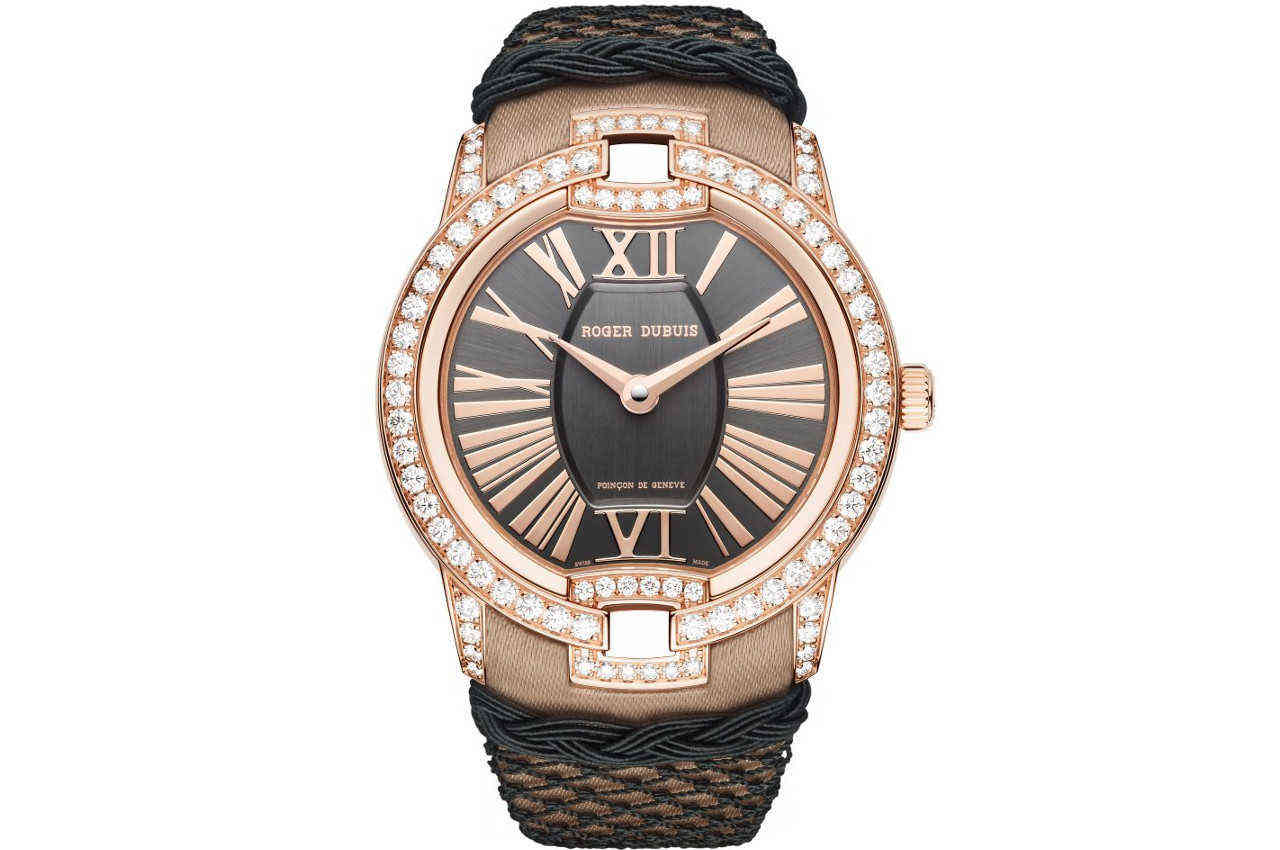 Acquired by the Richemont Group in 2008, the Roger Dubuis name has been sympathetically nurtured by its new owners and today the watches which bear his name remain true to the philosophies first established when he founded his company.

With in-house mechanics, an array of dazzling diamonds and an exceptional bespoke strap, the Roger Dubuis Velvet Passementerie Rose Gold and Diamonds is an infusion of Haute Horlogerie and Haute Couture.

Rarely does the strap of a wristwatch distract from its timekeeping features.  However, this Velvet Passementerie model has been endowed with such a highly unique, show-stopping example that it immediately grabs one’s attention.

To create its elaborate “fishnet” texture, Roger Dubuis collaborated with Declercq Passementiers in Paris, who have been creating elaborate Haute Couture trimmings for generations.

Created using beige satin, overlaid with black silk thread and delicate braiding, the strap has an intricate, textured appearance.  The stunning detailing works in perfect harmony with the rich aesthetics of the dial and watchcase, making this Velvet model a truly exquisite proposition.

On a luxurious ruthenium treated dial, elongated pink gold-plated Roman numerals stretch towards the central section, which has been recessed adding depth.

Following the seductive curvature of the dial, the outer bezel has been graced with a single row of brilliant-cut diamonds.  More precious stones echo the flowing architecture of the lugs.

At six and 12 o’clock the distinctive open section does not escape the gem-setter’s touch. Here too a sprinkling of brilliance invites one to admire this this unique Roger Dubuis speciality – a signature feature of all Velvet models.

In total, 1.76 cts of brilliant-cut diamonds have been meticulously placed adding to the allure of this unique wristwatch.

Inside the 36mm pink gold watchcase of the Roger Dubuis Velvet Passementerie beats a mechanical heart, the in-house Manufacture automatic Calibre RD82 which retains a power reserve of 48 hours.

The exacting standard demanded from the strict criteria of the Poincon de Genève ensures that every component of this striking piece has been crafted to impeccable standards.