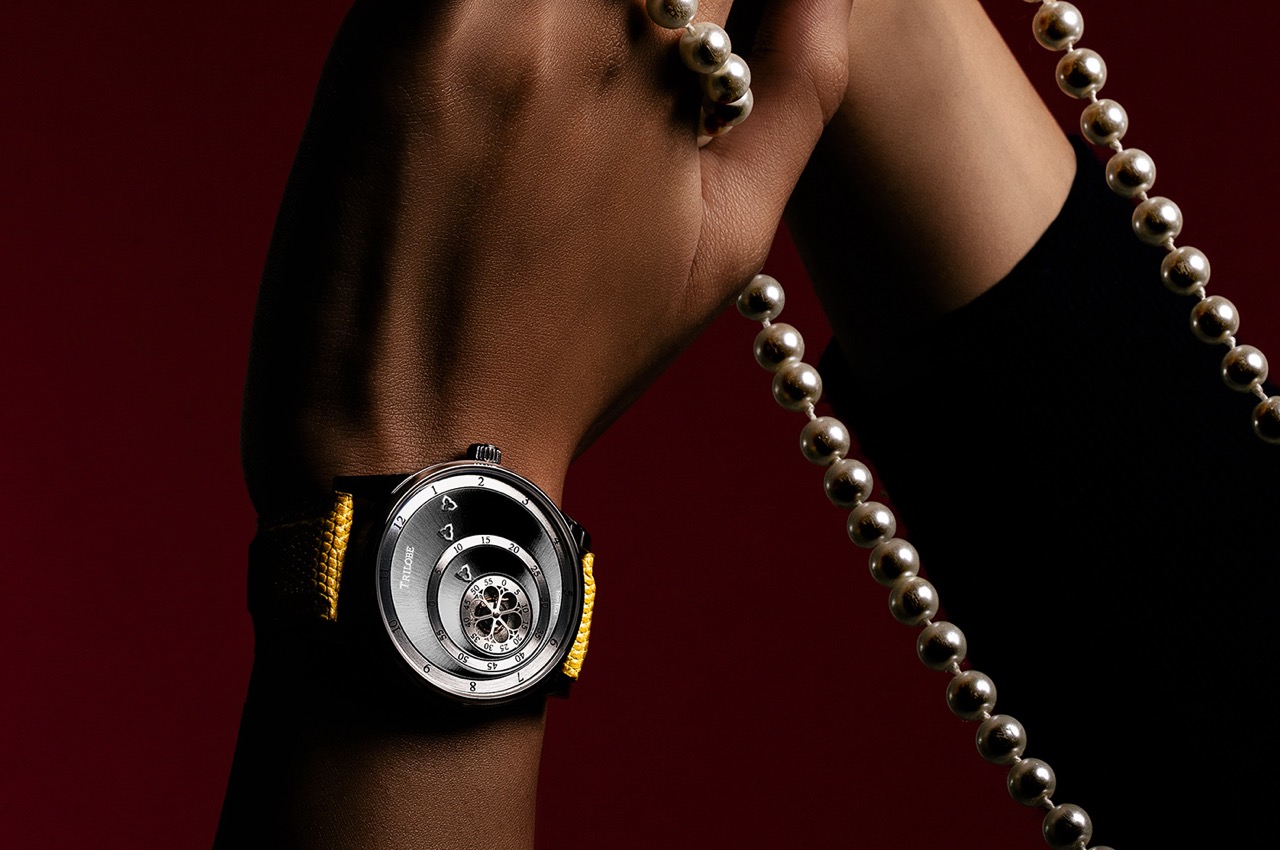 Offering the wearer a unique perspective on the passage of time, Les Matinaux Sunray Grey timepiece by Trilobe is an enthralling proposition. Boasting an alluring time indication, enabled without the use of traditional hands, the piece is pleasing to the eye aesthetically, while also enjoying the innovation of a technically challenging mechanical movement. An exceptional example of contemporary watchmaking, the model is styled to capture the imagination and to evoke the precious nature of each and every moment in time.

Although a youthful independent watchmaking company, Trilobe who launched their first timepiece in 2018, have garnered a niche following of discerning collectors throughout the world. The brainchild of Frenchman Gautier Massonneau, the company has a small portfolio of watches each characterised by a panache for original design.  Exhibiting nuances of French flair, and powered by complex micro-mechanics, Les Matinaux Sunray Grey model is a superbly executed and expressive piece.

Immediately one is confronted by a fascinating façade which is entirely bereft of hands. Instead, arranged upon a flawless expanse of grey sunray décor, a trio of discs, each paired with a splendid little trefoil emblem, form an affinity to liberate the wearer from the constraints of traditional time-telling methods.  The disc on the outer dial displays the hours, with the minutes disc asymmetrically placed on the inner dial. Finally, the disc for the seconds has an open worked section which recalls the exquisite form of the Rosace stained glass window found within the gothic-style Sainte-Chapelle chapel in Paris and which allows for a glimpse of the mechanisms beneath. Seemingly placed at random, the trefoil emblems remain static while each disc rotates in the counter-clockwise direction, enabling intuitive time reading while also creating a quietly beautiful and captivating spectacle.

Revealed through the rear sapphire crystal, the company’s technically masterful self-winding Calibre X-centric proprietary mechanism is revealed. Following the  style language of the watch, the movement exhibits a contemporary   architecture and has the refinement of high-end finishing throughout.  Beating at 28’800 vib/h, it is equipped with a power reserve of 48 hours via a micro-rotor, thus the wearer can enjoy an uninterrupted view of its arrangement.

From every aspect the Trilobe Les Matinaux Sunray Grey model is an intriguing timepiece of distinction and originality. The piece comes presented on a sustainable calfskin leather strap secured to the wrist with a steel pin buckle.