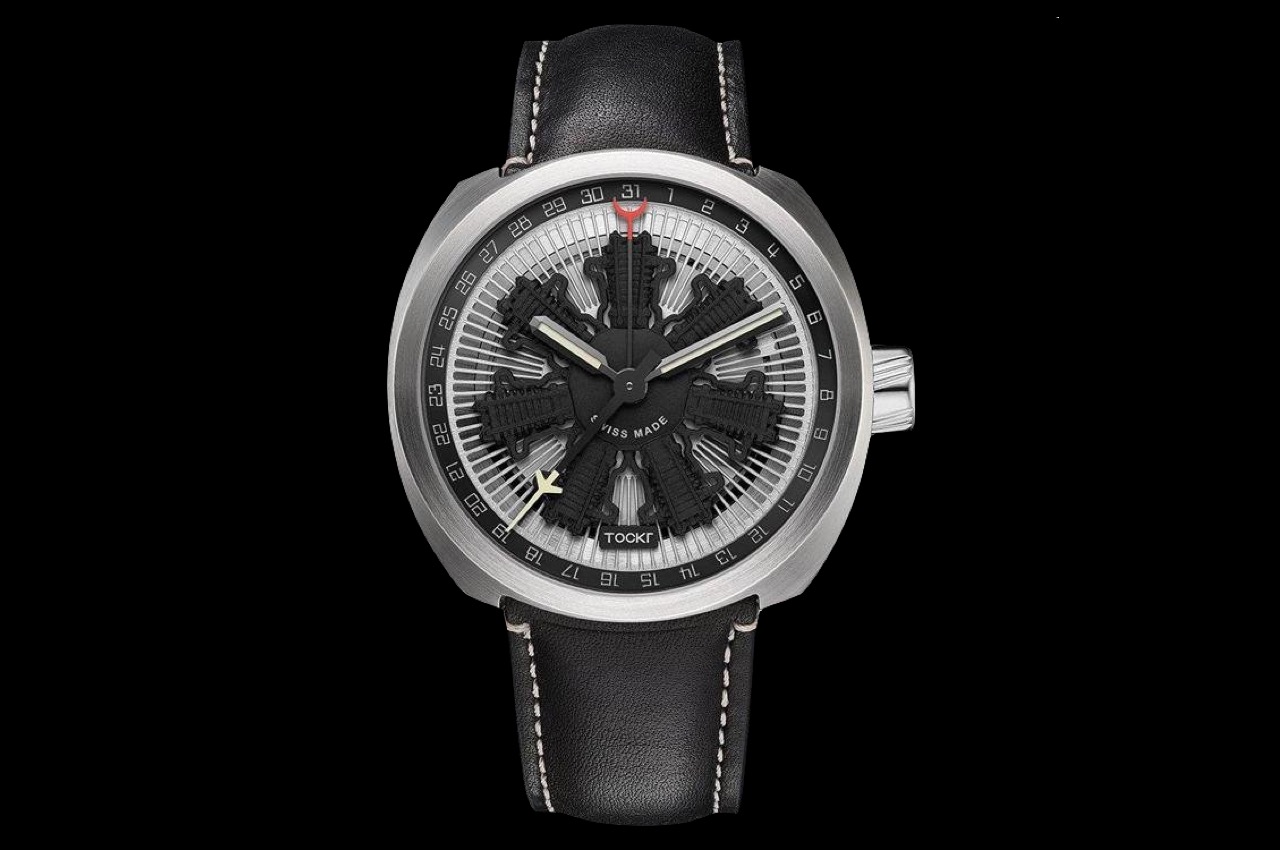 Defined by its unique dial layout and impressive case profile, the Tockr C47 Radial Wing Black watch is a superb example of the design prowess of this youthful independent watchmaking company. Featuring aviation-inspired styling throughout, the piece is also equipped with a high-quality Swiss mechanical movement.

Having built an impressive portfolio of watches since their founding in 2017, Tockr watches are renowned for their aviation and military inspired themes. Although their timepieces are characterised by innovative designs, each piece has the advantage of a Swiss watch movement, manufactured in Switzerland to the exacting criteria demanded of Swiss watchmaking standards. The model is deeply inspired by the famous C-47 aircraft, and its radial engine forms an Intrinsic part of its styling. Notably, the C47 Radial collection by Tockr is the only watch series to feature a dial layout based on the distinctive architecture of this type of engine.

Designed with superb attention to detail, the watch is housed within a wing shaped case case sized at 42mm x 45mm. Manufactured from 316L stainless steel, its aerofoil form carries fluid lines which have been enhanced with a sandblasted finish.  The crown features grooved indents, which although entirely functional, also lend an eye-pleasing rugged aesthetic to its outline, and it is also topped with a subtle turbine-like engraving.

Face-on, the bezel is broad and it continues the curvy squared-off shape which is dictated by the wing-shaped sides of the watch case. Here, two double rows of rivets give it a marginally industrial aesthetic. Beneath the curved sapphire crystal, a representation of a C-47 radial engine dominates. Rendered in bronze, then finished in black, the central crank case from which the pistons radiate outwards are recreated in miniature. Set high to accommodate the three-dimensional structure, the hour and minute hands feature luminescent insets to aid readability in poor light, while the central seconds hand is tipped with a vivid red aeroplane motif. Tracing the perimeter of the dial is an elegant black chapter ring.

The piece is powered by a Swiss self-winding calibre, manufactured by Leschot. Beating at 28’800 vph, it has a power reserve of up to 42 hours when fully wound, and its water resistance capability of up to 50m, will give its wearer the added assurance and robustness required of a daily wear timepiece.

With its streamlined case shape, and dramatic three-dimensional dial arrangement, the C47 Radial Wing Black is a watch that reaffirms Tockr’s intimate association with the aeronautical theme. The piece comes presented on a black hand-stitched calfskin leather strap, secured to the wrist with a stainless steel pin buckle.