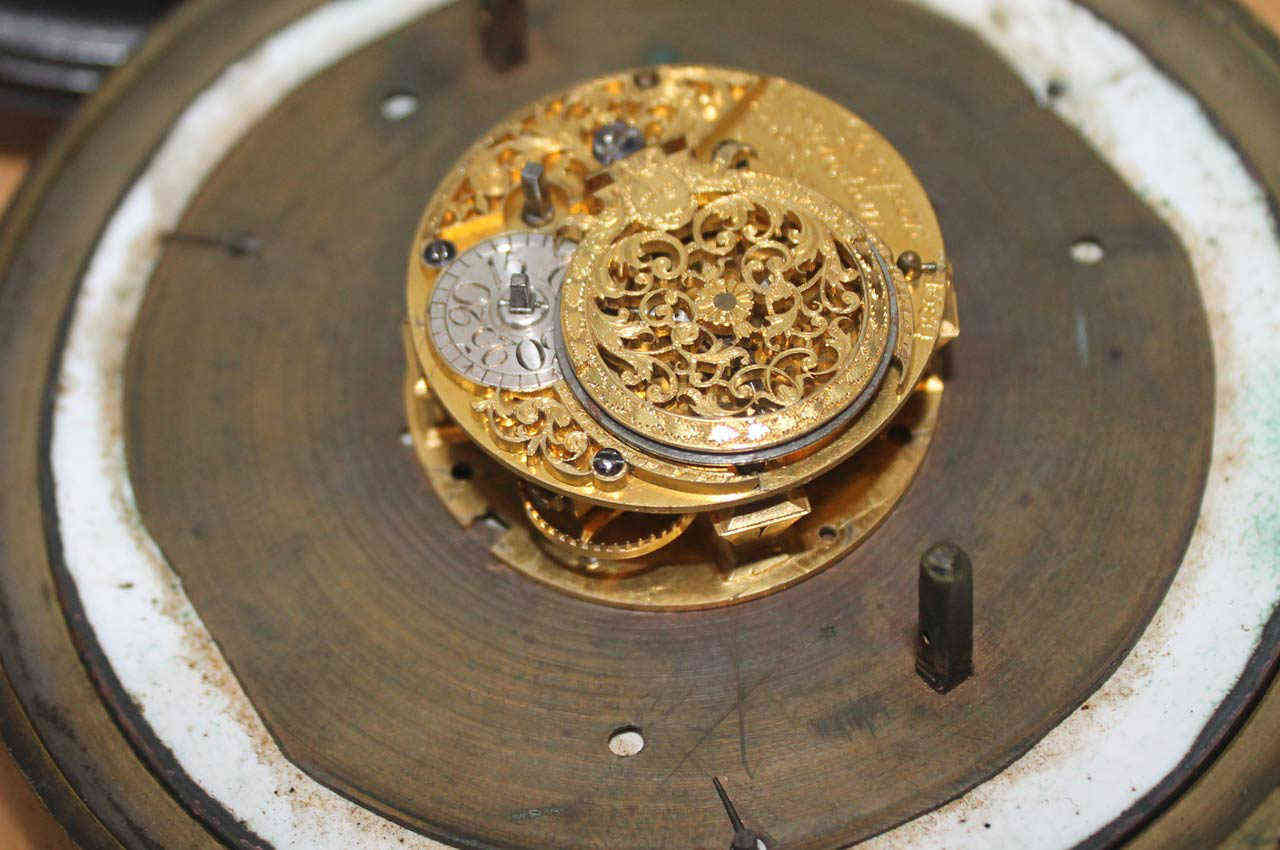 At The Limited Edition we are specialists in sourcing the unusual and elusive. However, rarely does something quite so special as our magnificent pocket watch movement from the hands of two of Britain’s greatest ever watchmakers, Thomas Tompion and George Graham come around.

Although the two men worked for some time, as Graham was Tompion’s apprentice and protégé who ultimately took over his master’s business affairs after his death, few examples remain of their collaborations, and our Queen Anne verge movement which we believe to have been created in 1713, and importantly the last year of Tompion’s life, makes this particular piece a very rare find indeed. It is estimated that no more than twenty examples exist, and even that figure could be optimistic.

The Queen Anne verge movement is delightfully complicated and superbly decorated for its time, considering the tools which would have been at their disposal, but this technical intricacy also underlines why these two masters are so revered three centuries on, in the annals of watchmaking, and in particular the history books documenting English watchmaking.

The deep gilted brass plates and bridges which secure the working components within are held in position with sturdy and ornate egyptian pillars, and are adorned with mask engraved vine decoration, with delicate edging and fully pierced cock. It is signed Tho. Tompion Geo. Graham

Internally the fusée power delivery arrangement with chain and worm are exposed as they discharge energy to the verge escapement, with its sharp toothed wheel horizontally positioned. Amazingly, the movement is operational and still holds an approximate reserve of five days when wound.

The overall condition of the movement is very good, and all components moving freely, with only the fusée chain displaying any hints of corrosion. It continues to keep good time. The movement which measures 39mm across is currently housed in a clock case which itself dates to c.1850.

Considering the historical importance of Thomas Tompion and George Graham’s works, both as individuals and in collaboration, and as the year of production of this piece is estimated to come from 1713, this piece is one of the most wonderful to have passed through our hands. We welcome your enquiries about one of, if not the final example of this famous partnership to have been made in London by Tompion and Graham, and available exclusively through The Limited Edition.