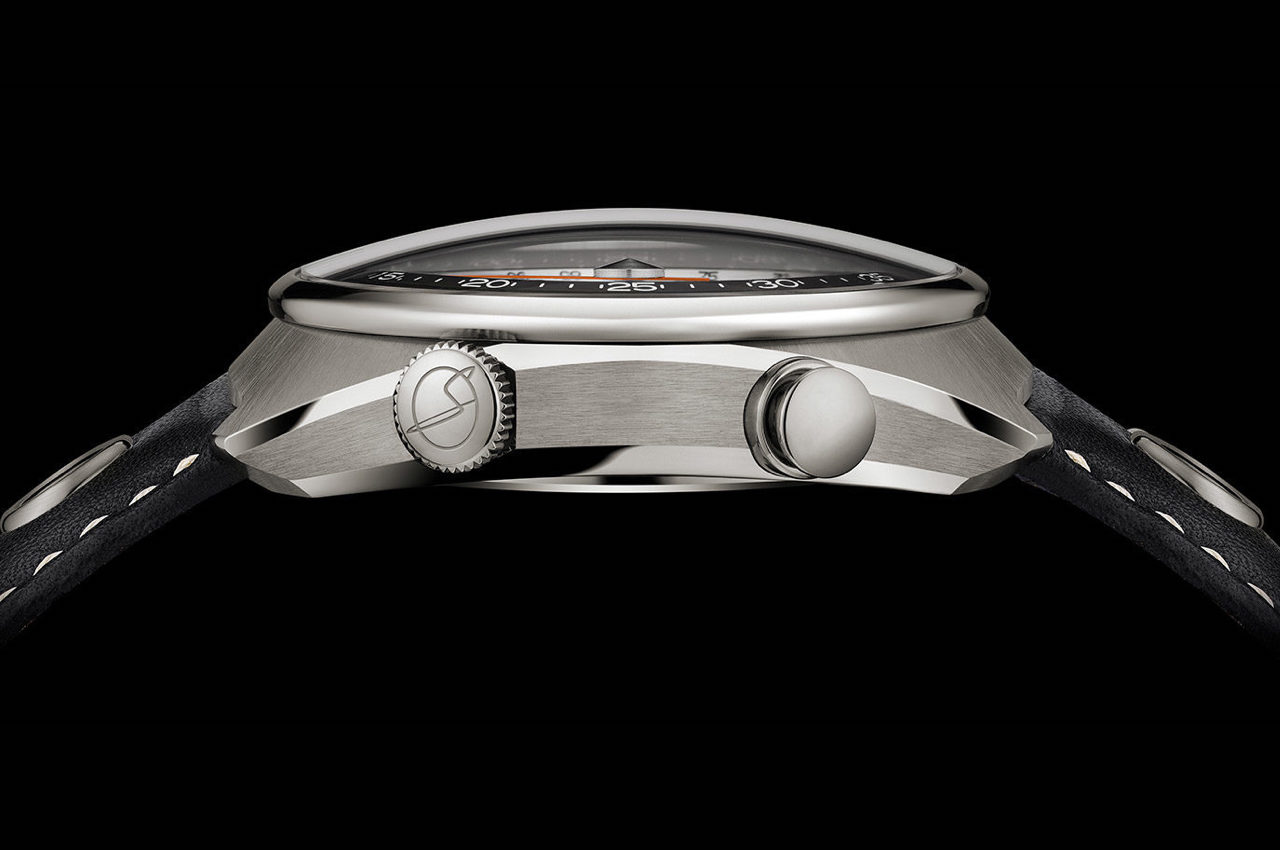 The Track 1 Launch Edition Chronograph by independent Swiss watch company Singer Reimagined is a very rare and unusual wristwatch indeed. Rare, because it’s manufactured by hand to exacting haute horlogerie standards in low and limited numbers, and unusual because it is actually something that pushes against conformity and accepted practice, in an industry where the basic fundamentals of everything we are familiar with today can be traced back through three centuries of tradition, and a virtually unchanged philosophy of how things are done.

The Singer Reimagined Track 1 is the result of identifying and addressing an inherent imperfection in the traditional chronograph arrangement, that has been accepted and largely gone unnoticed for more than two centuries since watchmaker Louis Moinet unveiled his, and the world’s, first chronograph in 1816. The problem all along had been that to quickly reference the elapsed time in seconds, minutes and hours, the eye had to take in information from up to three separate sources on the dial, and that meant moving from one to the next. Try it. It’s true.

Fixing this required an entirely new approach to the mechanical design of the movement, and by consequence how the three key functions of the chronograph can be displayed on the face of the watch, and the Track 1 by Singer Reimagined has rewritten those rules in spectacular fashion.

Encased in a titanium case with a curvaceous profile and slender round bezel, so the dial almost extends to the edges of the watch, and a smooth black calfskin strap with titanium rivets punctuating its surface, the Track 1 is sporty, contemporary and extremely cool.

What the watchmakers at specialist movement design company Agenhor, who worked closely with the design team at Singer Reimagined, did was to solve this previously unchallenged issue, reinventing the complication so that all of the information could be absorbed in a single fleeting glance.

The dial therefore has been partitioned by colour with the hours and minutes defined in black and the silver centre of the dial given over exclusively to the chronograph, as opposed to being an additional overlaid feature on a dial, which was primarily about displaying the time of day, with the chronograph having to fit in somewhere.

And so, on the Singer Track 1, the standard, and usually primary, watch functions of actual time in hours and minutes are moved out, and away from the centre to around the periphery of the dial, where two rotating rings in black for the minutes and hours rotate, and instead of hands to point the time, a single static orange indicator at the six displays the time clearly and effectively.

Underneath, behind the sapphire glass case back, the self-winding, automatic AgenGraphe movement by Agenhor is spectacular and astonishingly complex. At its very heart, a groundbreaking chronograph module seamlessly integrates with the mechanical elements around it, and this enables the operation of this superb central chronograph. Beating at 21’600 vph it is good for 60 hours of power reserve when fully wound.

An exceptional watch, which surpasses innovation with pure invention, the Track 1 Launch Edition by Singer Reimagined is a piece which redefines the engineering fundamentals of the chronograph. A modern masterpiece in every respect.