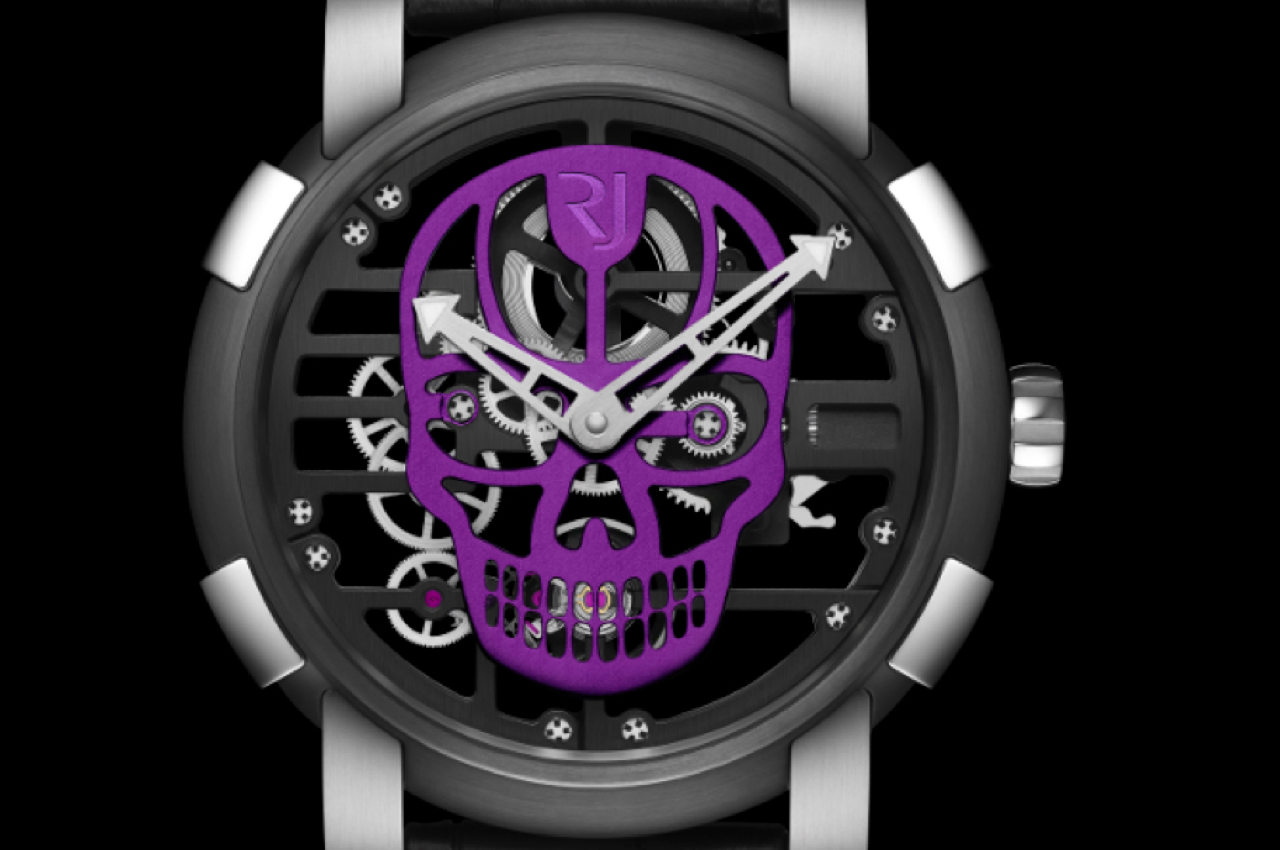 As a member of the space-themed Romain Jerome Air collection the Skylab 48 Speed Metal SkullLimited Edition is no exception to that unwritten RJ house rule, and with the addition of a vivid cyan aluminium skull dominating the watch face even pushes those creative boundaries a little farther out.

The Speed Metal Skull series is an extension of the Skylab 48 collection, whose massive size and uncompromising futuristic design have made it an icon in the Romain Jerome portfolio. Behind the anodised blue skull and its novelty allure lies a very serious and beautifully engineered piece of high end watchmaking, and a closer inspection reveals detailing on a minute scale throughout.

The 48mm case is manufactured in stainless steel which contains actual fragments of metal from the Apollo 11 capsule, having been incorporated during production.  It is a contrast of light and shade with its muted silvered tones of satin finished hollowed steel lugs, crown and ‘paws’ complementing the black pvd of the bezel and case.

As with the rest of its internal components, the black chrome movement plates have been skeletonised to the extreme so as only the fundamental anchorages remain, and through the transparent exhibition caseback the manual winding movement can be fully appreciated. It is a bespoke calibre from long-time technical partner Concepto, and for the Speed Metal Skull, it has been completely reduced to its barest form with angular bridges, stripped back geartrain wheels and open barrel, is a beautiful piece of mechanical design.

This incredibly beautiful piece is also one of great rarity, as only nine (9) pieces have been produced. Confident in the knowledge that they do not make watches for a mass audience, once again Romain Jerome has successfully created a watch of real technical intrigue and truly eclectic appeal.