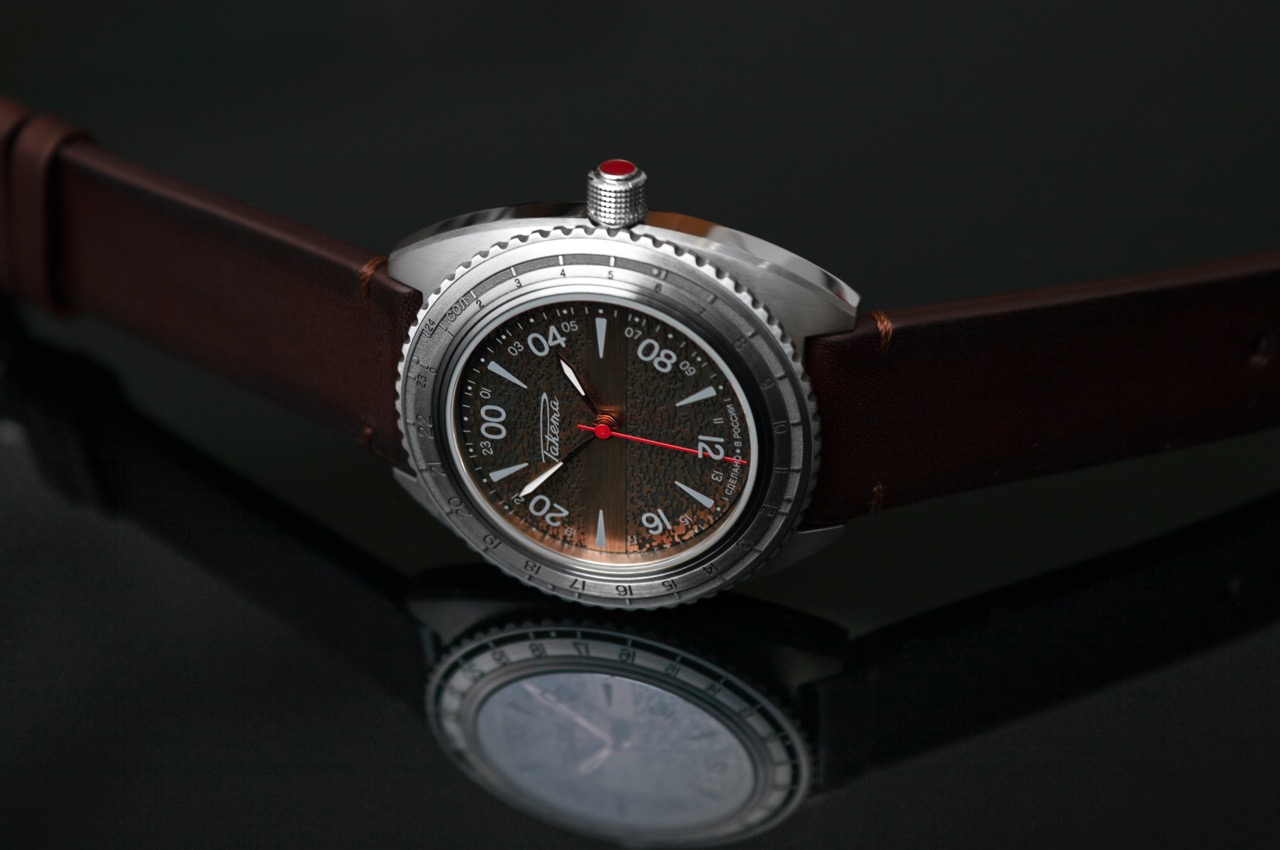 A fabulous and exclusive limited edition wristwatch which celebrates the fiftieth anniversary of one of mankind’s greatest ever explorative achievements, the Raketa Mars-3 is a specially produced piece by the Russian watch manufacturer, in collaboration with The Limited Edition and Scottish Watches, which not only features a superb dial, three dimensional laser etching, but also actual materials recovered from the Russian space programme.

Released on the very day of the fiftieth anniversary of when the Soviet Mars programme made history by successfully landing a probe on the surface of the planet Mars on December 2, 1971, the Mars-3 is a superb and detailed tribute to this extraordinary feat of science and technology.

Although the robot survived only long enough to transmit a single, distorted image back to earth, the Mars landing was a first for mankind, and a major victory for Russia in the great space race. Archived for the last fifty years, that strange image is one of the inspirations behind the Mars-3 limited edition, and it has been immortalised and reproduced to spectacular effect on the laser engraved bronze dial.

All of the markings usually found on the dial are etched onto the underside of the sapphire crystal, creating a three dimensional visual parallax, as they appear to shift over the dial as the angle of perspective changes. The time is indicated in a twenty-four hour cycle, a feature which came about following consultation with Russian cosmonauts on board the ISS, where the sun rises and sets sixteen times each day, and for whom a twenty-four hour display is the only analogue method of determining day from night.

The hour and minute hands have a reddish-bronze finish and are filled with luminous Super-LumiNova, while the seconds are indicated with a slender red hand.

The Mars-3 is manufactured in a 43mm case of stainless steel with a rotating bezel with tactile notched edge. The unusual markings on the bezel are and ingenious scale which shows the length of the Martian day (called a ‘sol’), which takes 24:39:35 of our earth hours, minutes and seconds. This way, without adjustment, the Mars-3 simultaneously indicates the time in earth values, as well as those experienced on the planet Mars.

On the underside, a mineral crystal exhibition caseback reveals the Raketa 2624a self winding movement, whose bridges have been decorated with laser etched constellations. The oscillating weight is treated in red-brown pvd, and features a graphic of the Mars-3 probe, as well as the date of the landing. Beating at 18,000 vib/hr, the mechanism, which is wholly manufactured in the Raketa workshops in Saint Petersburg, has a forty hour power reserve.

Released in a limited edition of only fifty individually numbered pieces, the Mars-3 is presented on a calfskin leather strap with red inner lining, as well as a complimentary black rubber strap with pin buckle.