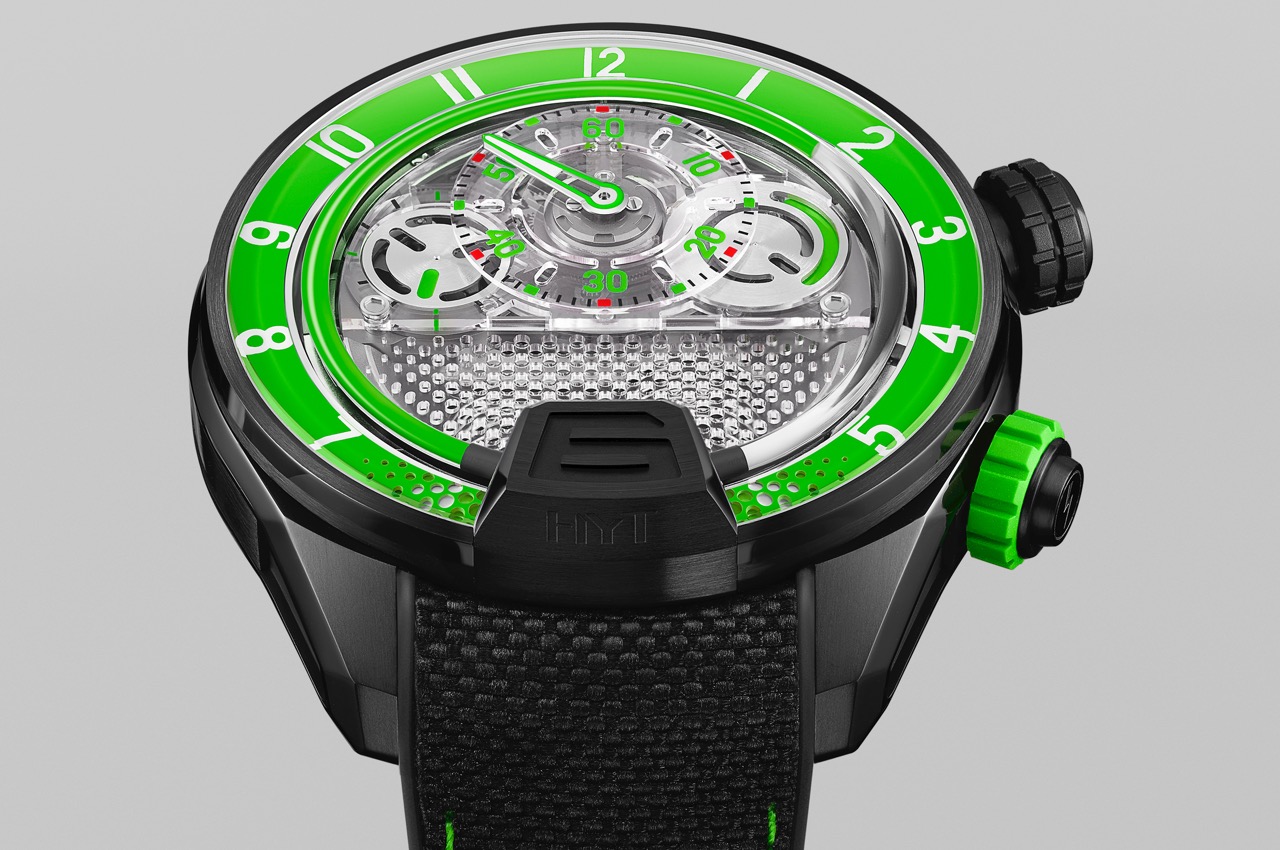 Youthful independent watchmaking company HYT are renowned for their forward-thinking designs.  However, with their H4 Neo 2 Green, they excel even their own futuristic standards, and push the boundaries of what it is possible to achieve within the confines of a watch case further than ever before.

There really is nothing quite like this timepiece.  Defined by its vivid colour tones, the H4 Neo 2 Green carries its avant-garde persona within a sculpted 51mm black DLC titanium case.

From this stealthy housing, a domed sapphire curves seductively, clasped by a robust protrusion at the 6 o’clock location.  Around the perimeter of the dial, the hour numerals are stand-out white against their neon flange. Just within it, the tiny medical-grade glass capillary filled with two immiscible liquids, one transparent, the other bright green,  encircles the dial.

On its own, this striking fluidic hour indication, for which HYT are famous, would be enough, but this Neo 2 Green model has a few tricks yet to discover.

On the case side are two crowns.  The titanium black DLC example at 2 o’clock enables standard time-setting and winding.   But, the second crown, at the 4 o’clock location, which is characterised by its bright green rubber cladding, has an entirely different agenda – it creates energy.

When the wearer winds the second crown it winds a second mainspring.  The power is then stored in a miniature generator, incorporated within the mechanical calibre.  When the crown is pushed, this power is distributed to two purple LED lights located beneath the domed sapphire and the Neo 2 Green takes on an entirely different personality.

In an instant, the whole dial becomes illuminated, thanks to fluorescent nanoparticles used in its construction and white Super-LumiNova material on the indications.  This astounding technology which utilises the smallest dynamo ever invented enhances every nuance of the interface of the Neo 2 Green watch, transforming it into a visual spectacle of unparalleled supremacy.

Elsewhere on the dial, the high-tech aesthetic is complemented by transparent elements for the regulateur hours, seconds and power reserve indications.  Bright green and red accents conform further to the overall contemporary spirit of this unique watch façade.

The exclusive HYT manual winding mechanical movement which gives power to the Neo 2 Green beats at 28,000 vph.  Despite the inclusion of a second winding spring, its gives a generous power reserve of 65 hours. Turn the piece over and a sapphire case back offers a glimpse at its highly unusual architecture.

The HYT Neo 2 Green model comes presented on a reinforced strap made from technical material, which secures to the wrist comfortably using a black DLC titanium folding buckle.   The model is a small series release of just 50 pieces. 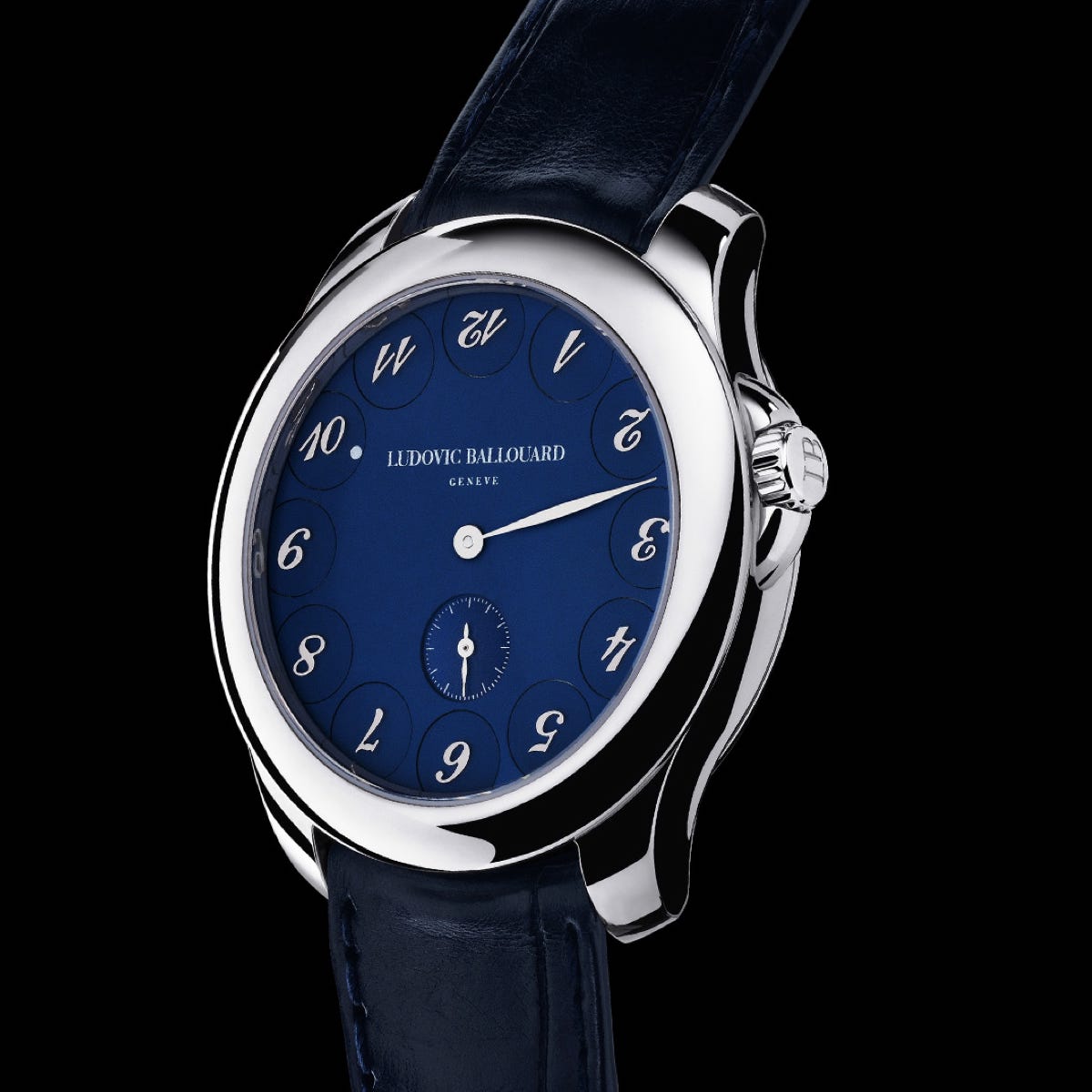 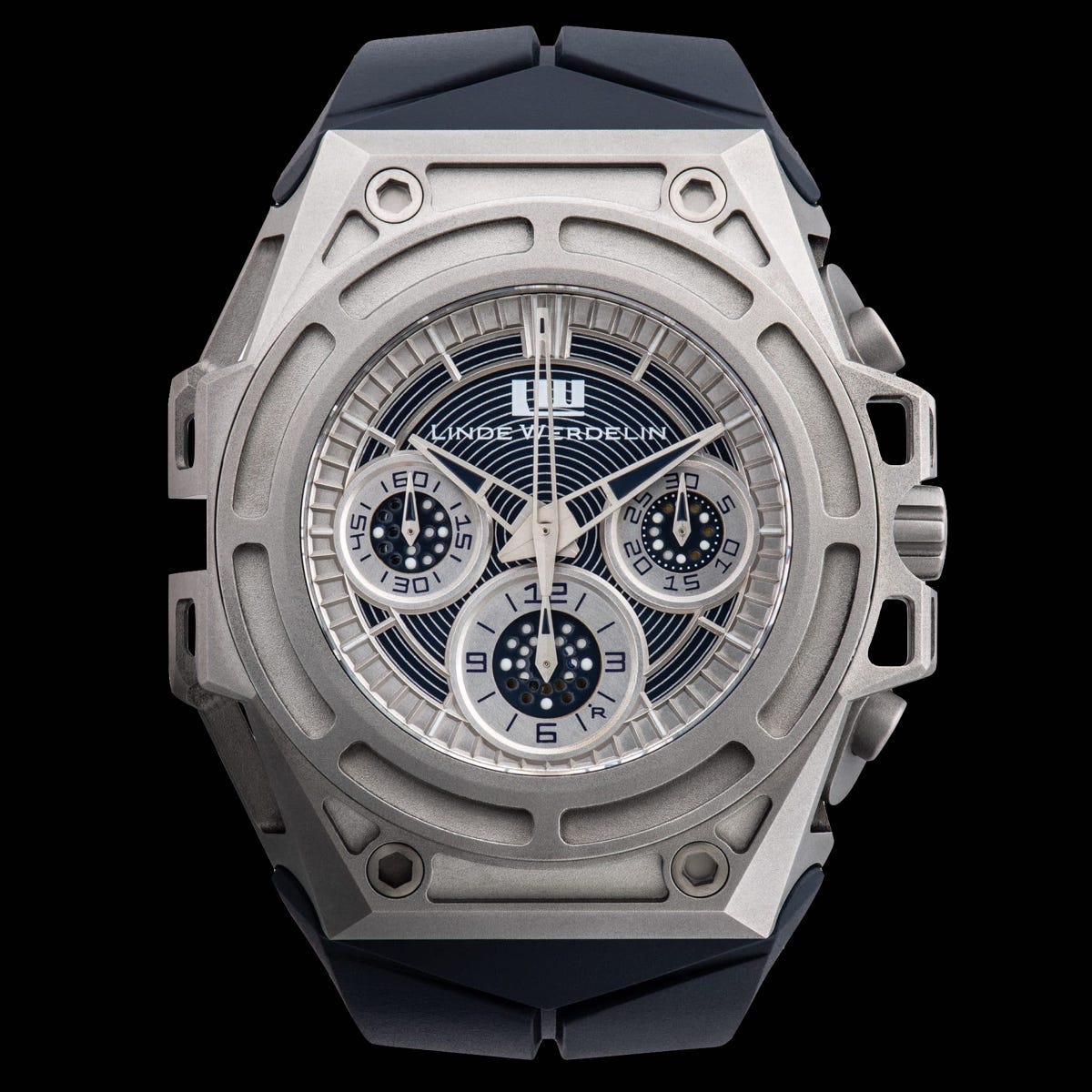