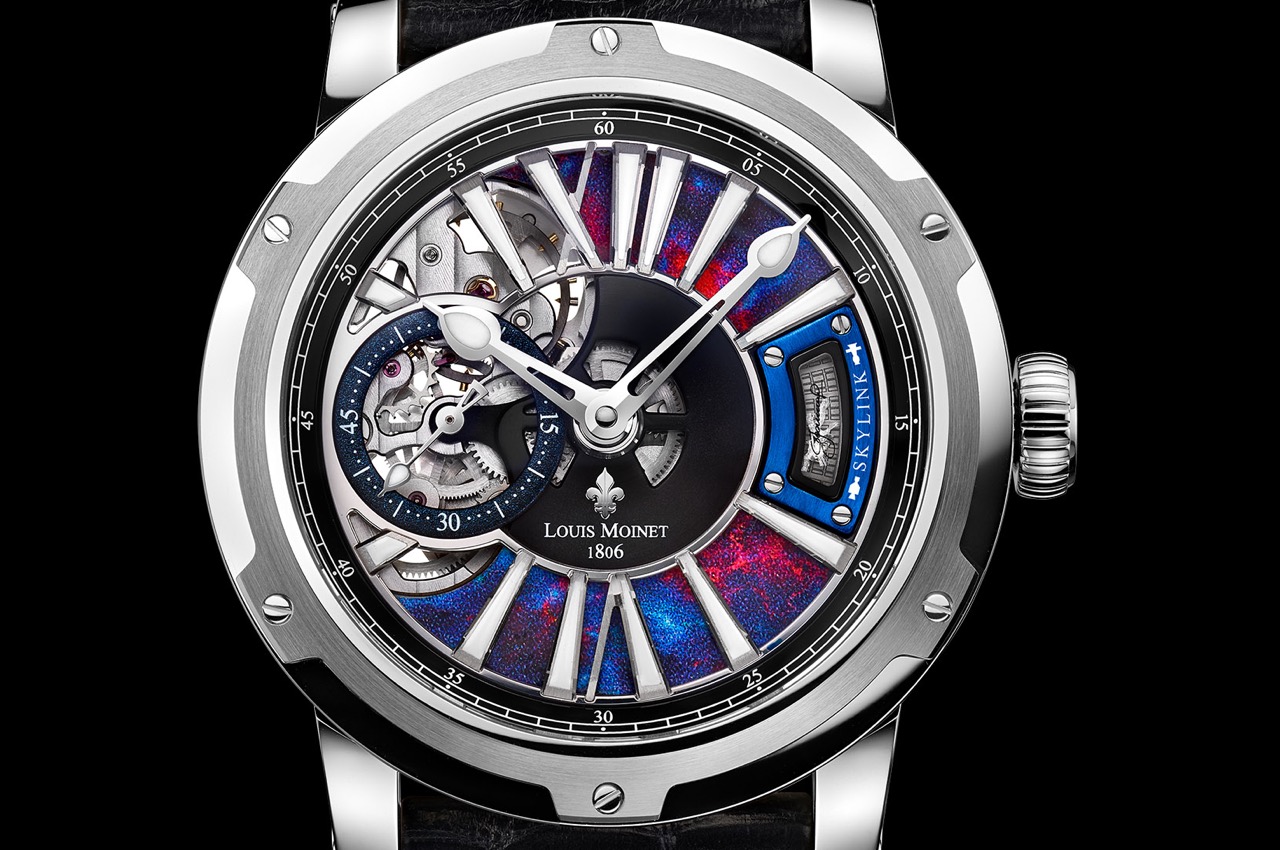 Commemorating one of history’s most unusual yet significant rendez-vous, the magnificent Skylink by Louis Moinet is a very special watch which celebrates a simple handshake between a Russian and an American. However, the circumstances in which that handshake took place were far from simple, as it occurred on July 17th, 1975, at the height of the Cold War, and far above planet earth in the surreal setting of two spacecraft, docked together in orbit, bringing the two countries together in space for the first time.

When cosmonaut Alexey Leonov opened the hatch of his Soyuz 19 spacecraft, his extended hand was taken by US astronaut Thomas Stanford, commander of his Apollo mission, and another milestone in man’s pursuit of scientific conquest was sealed. The significance of this would certainly have appealed to the French watchmaker and astronomer Louis Moinet were he still alive.

This remarkable event has been captured and immortalised in the spectacular Louis Moinet Skylink wristwatch, which features actual fragments of foil from the Apollo module and the cosmonaut’s spacesuit, sealed together in a tiny glass capsule which is integrated into the dial of the watch in a blue panel at the three o’clock position.

Featuring a beautiful in house movement which is partially exposed beneath cutaway sections of the dial, the Skylink is visually striking, with its Cosmic blue-red nebula dial and applied steel Roman numerals creating a captivating impression. Luminous tipped dewdrop hands indicate the hours and minutes, while the small seconds have a subdial at the nine, near to where the balance wheel and escapement interact in a constant animation, the visible bridges decorated with Côtes de Genève stripes.

The Skylink is encased in an elaborate 43.2mm round of 18Kt white gold, featuring two-part bezel with six screws, and lugs with black zircons. On the underside, a sapphire caseback reveals the superb guilloché Clous de Paris finishing of the 18Kt gold oscillating weight and Côtes de Genève decoration on the plates of the self-winding movement within. Fully manufactured in house by Louis Moinet the Calibre LM45 beats at 28’800vph and will run for 48 hours before requiring rewinding.

The Louis Moinet Skylink is a piece with great presence on the wrist. Colourful, technical and unique with its connection with the space race of the 1960s and ‘70s, it is manufactured by hand with only nineteen examples being produced. It is presented on an alligator leather strap with 18Kt white gold folding clasp.