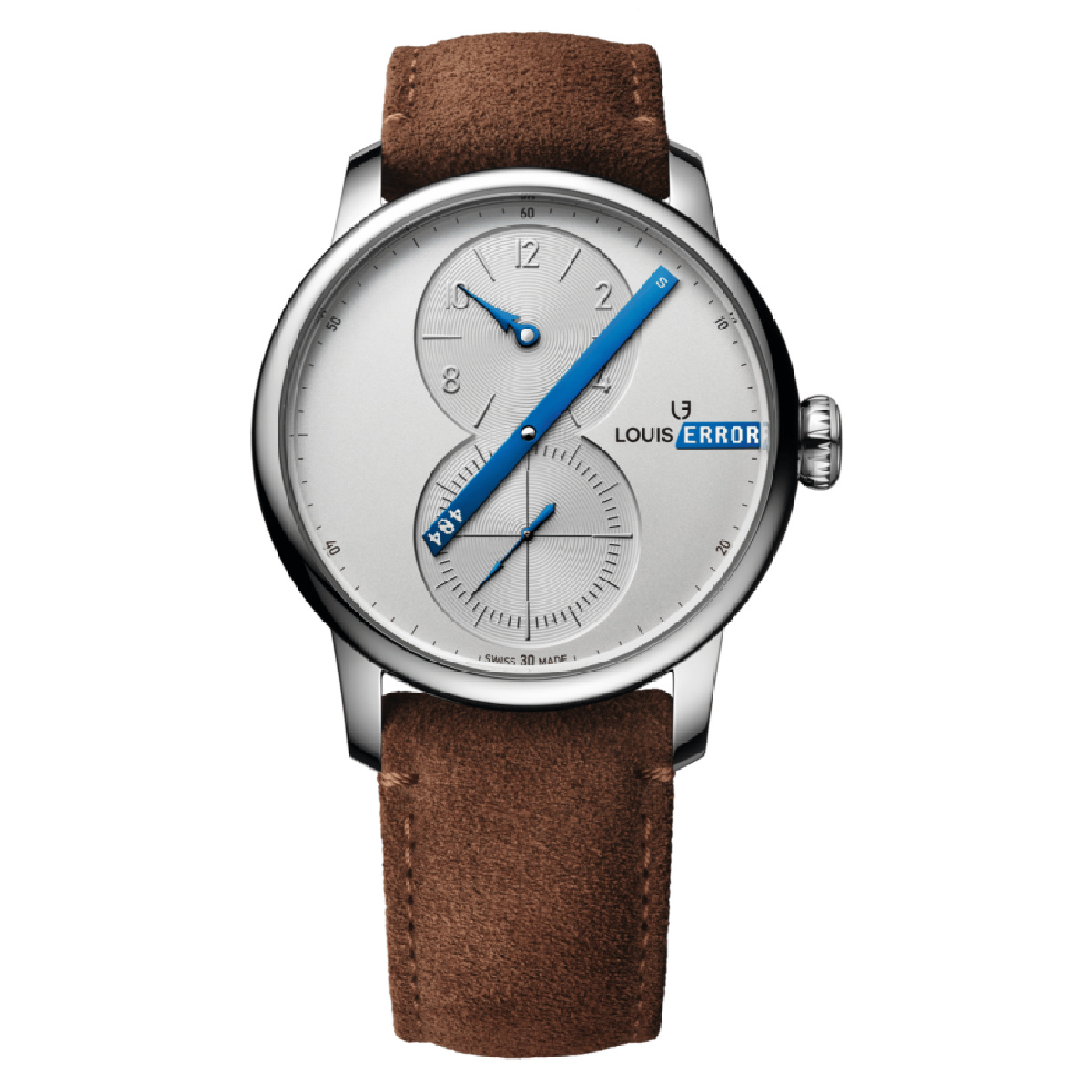 A contemporary example of a classical dial arrangement, the Le Régulateur Louis Erard x seconde/seconde is both visually compelling and strikingly unique. Combining artisanship with watchmaking acumen, this exclusive edition brings playful edginess to the portfolio of this exciting independent watchmaking company.

While Louis Erard are renowned for their beautifully crafted and assembled timepieces, their Le Régulateur model stands apart in their collections due to its beautiful dial arrangement which evokes equipoise through its individualised time-telling indications. This latest model evolves the company’s highly desirable series of limited edition collaborations, and adds a thoroughly modern twist to the collection. Engendered through a creative project with the Parisian artist seconde/seconde,  who is known for his horological artworks, the character of the model has been transformed through the use of the artists signature tongue-in-cheek originality, bringing a digital age aesthetic to an otherwise traditional façade.

The watch carries a rounded, polished 42mm case of stainless steel topped with a subtly domed sapphire crystal.  Revealed beneath, the dial has been enhanced with a combination of finishes, comprising of a silky smooth opaline matte silver toned background with snailing décor on each of the subdials, upon which the signature fir tree hands have been placed.  Positioned topmost, the 12-hour dial has diminutive arabic numerals and slender indices while on the lower sector the 60-second example has subtle markers and is enhanced with a crosshair motif. Immediately eye-catching , the broad minute hand is of a graphic art style, and features a ‘404’ inscription, rendered in brilliant white. At the quarter hour mark, it has been designed to line up with the scripted branding which replaces ERARD with ‘ERROR’ at the 3 o’clock, thus completing the statement ‘404 ERROR’ - the universally recognised and momentarily troublesome HTTP standard response code. Instantly recognisable as the disruptive and unpredictable styling concept of seconde/seconde, the feature is in total contrast with the otherwise quietly beautiful characteristic of the model, and is one which elevates the unique appeal of this stunning piece.

On the underside a sapphire caseback reveals the Swiss made sellita 266 self-winding movement which powers the watch. Beating at a brisk 28’800vib/h, it has a power reserve of a minimum of thirty-eight hours maintained by the oscillations of the semi-skeletonised Louis Erard bespoke rotor.

A highly covetable limited edition piece which demonstrates adventurous styling together with excellent finishing, the Le Régulateur Louis Erard x seconde/seconde wears on a chocolate brown nubuck strap with matching stitching, secured to the wrist by a steel pin buckle. The edition is strictly limited to 178 pieces. 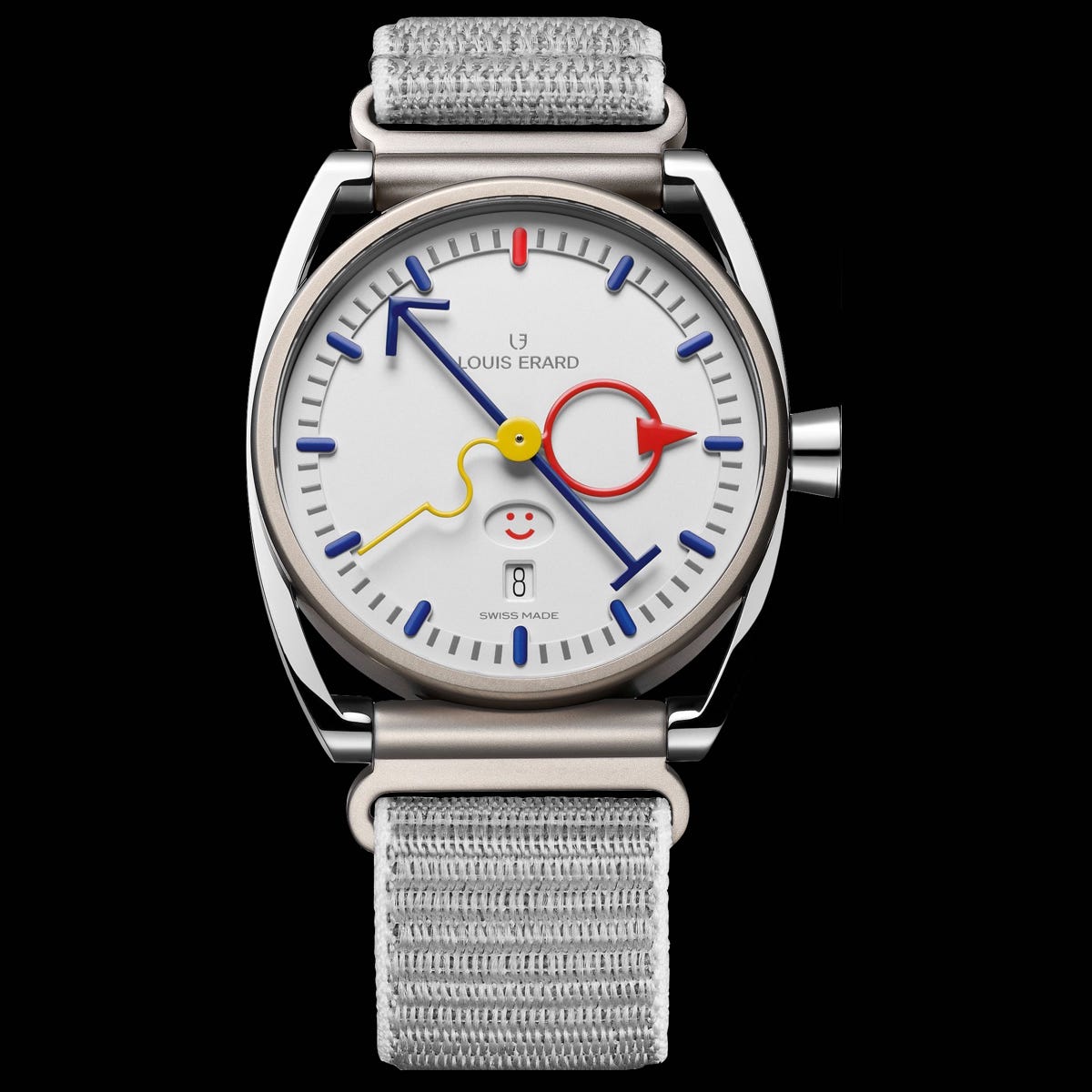