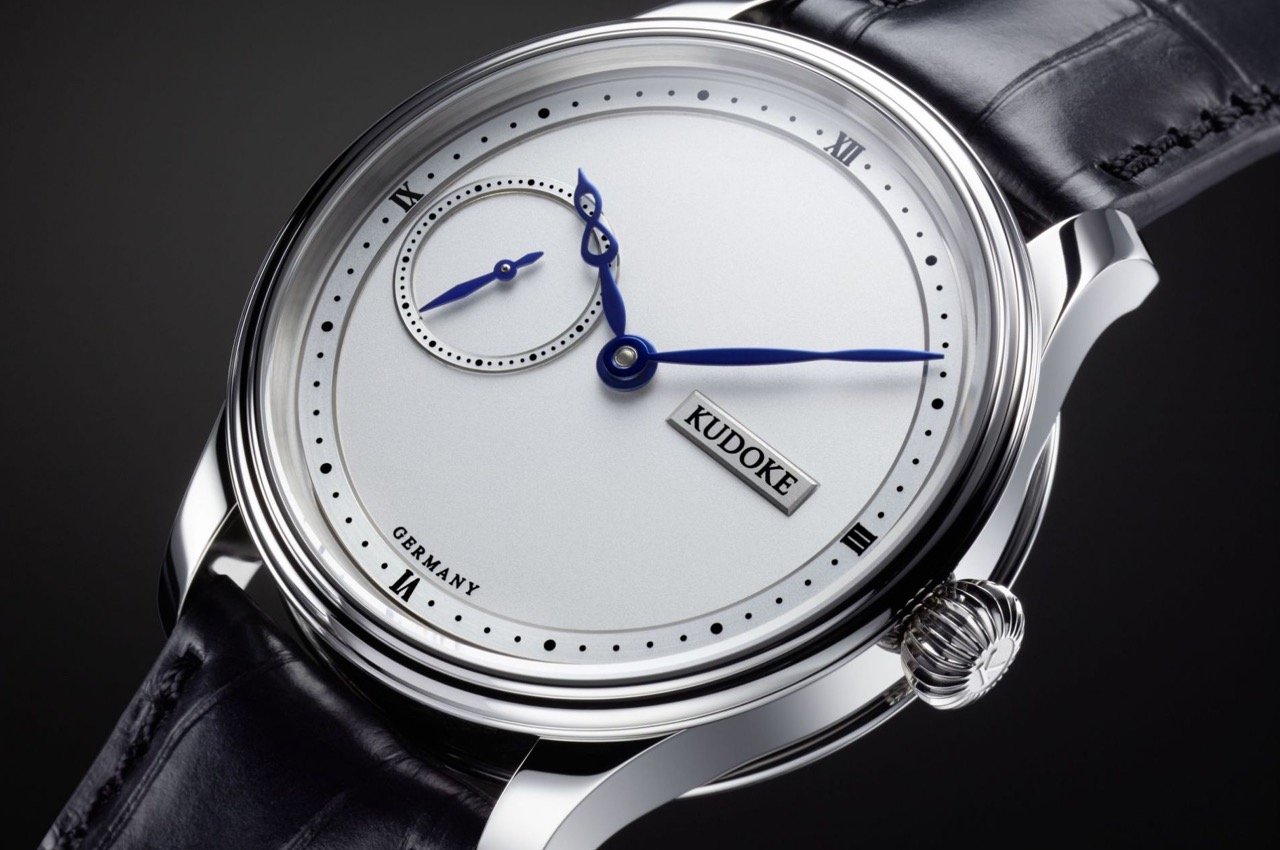 The individual essence of the independent watchmaker is captured perfectly in the quite beautiful Kudoke Handwerk 1 by German master watchmaker Stefan Kudoke. Equipped with his first fully in house manufacture movement, it is a watch which is elegant, classical and understated, yet on a closer examination one which is brimming with the little details which define the exclusivity of a hand crafted wristwatch.

Over the past decade, this remarkable young watchmaker has gained his reputation for his extraordinary skeletonization techniques and the elaborately hand engraved dials, which he has used to depict three dimensional themes with astonishingly intricate motifs featuring the octopus with its sprawling tentacles, the panda in a bamboo copse, or the skull, surrounded by bones. Thanks to the individuality of the practice of hand crafted metal working, each piece by its very nature is unique.

Making its debut in 2019, the Kudoke Handwerk 1 marked a new and even more significant milestone for the watchmaker. Featuring his first fully in-house movement, which would ultimately lead to a major industry award, the Petit Aiguille of the GPHG 2019, and also took him in a new direction in terms of aesthetics, with its beautiful pared back silvery dial an exercise in understated sophistication. Meeting the exacting standards of the AHCI, the Kudoke Handwerk models also earned him a candidate invitation to independent watchmaking’s most exclusive association.

Encased in a rounded case of stainless steel, measuring 39mm across and a slim 9.5mm tall, with polished and satin finished surfaces, the Kudoke 1 is a watch with clean and minimalist aesthetics. The design flows from lug-tip to lug-tip along a flat sided waist which meets the upper side at a sharply defined line, which curves inwards and down at each end. Around the gently domed sapphire crystal the rounded bezel is stepped, and the onion shaped crown is deeply fluted and, like the discrete ‘infinity’ symbol incorporated into the design of the hour hand, an ornate complement to this sophisticated piece.

Beneath the sapphire glass, the dial is uncluttered in its layout, and via ornate flame blued hands the time is displayed in its three base elements of hours, minutes and seconds. It is classical in its simplicity, yet contemporary in it styling and its pristine silvery surface has a fine frosted finish, and features a rhodiumised chapter ring with roman numerals and dot indices around its periphery as well as a smaller subdial ring for the decentralised seconds at the nine, both of which provide a subtle but effective tonal contrast and sense of depth.

The Kudoke Handwerk 1 is powered by a beautiful hand finished in-house movement. The Kaliber 1 is hand wound and boasts a 46 hour power reserve with a beat of 28’800 vib/h and it can be appreciated through the sapphire glass caseback.  The movement is inspired by the English pocket watch movements of the seventeenth century, with the flat surfaces of its gold gilded plates given a finely grained frosted finish, while around their edges highly polished anglage, and the unique engraved bridge which tapers to become the balance cock, holding the balance wheel in place, all accentuate the mark of the meticulous artisan watchmaker.

A highly exclusive hand manufactured wristwatch from a young watchmaker who is one of a small but growing number of modern day artisans perpetuating the skills and techniques of the past, Stefan Kudoke’s Handwerk 1 is a superb piece equally suited to dress or casual situations.