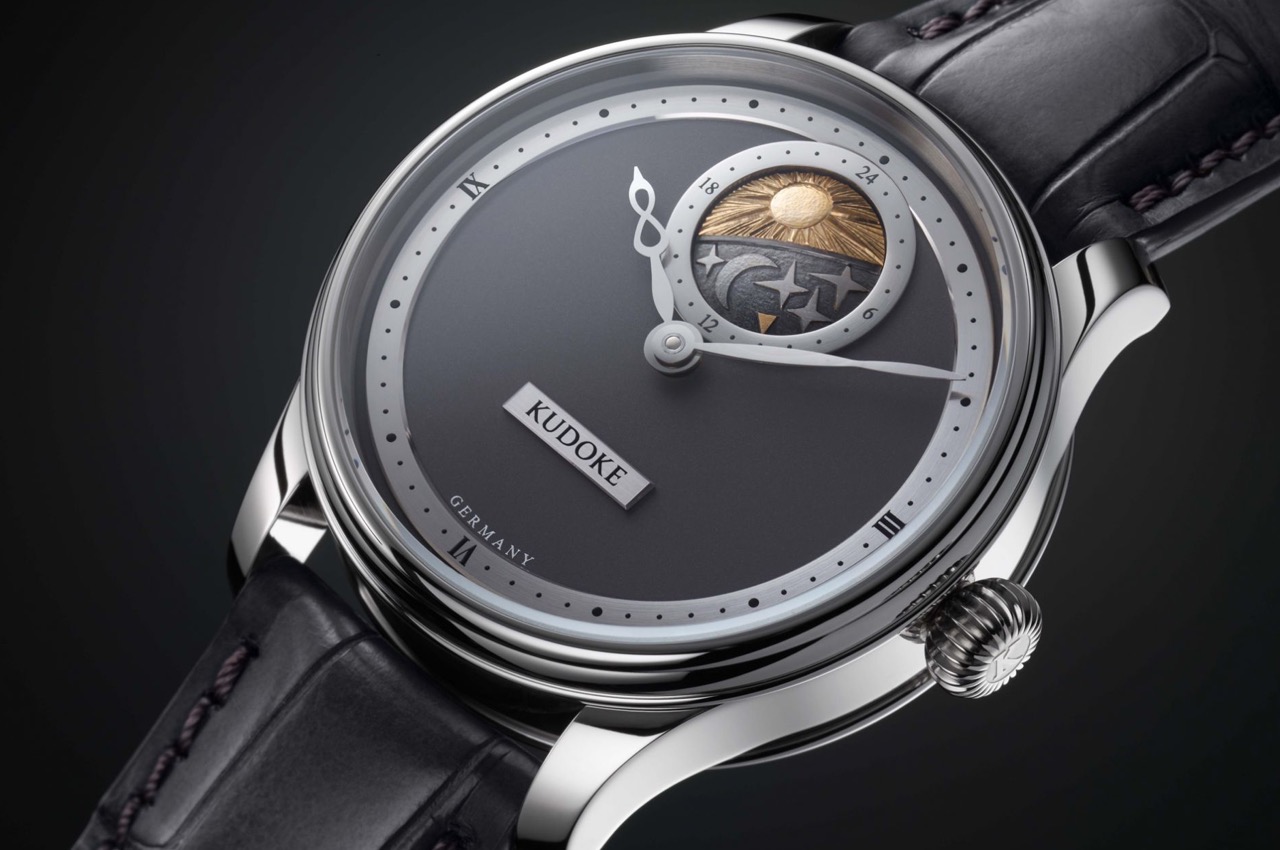 A truly superb limited edition piece from German independent master watchmaker Stefan Kudoke, the eponymous Kudoke Handwerk 2 Nocturne is a special version of his masterpiece which triumphed over almost insurmountable competition to win one of the watch industry’s most coveted awards, the Petit Aiguille prize at the 2019 GPHG ceremony.

A watch which is classical yet contemporary, its understated Germanic styling belies the exquisite detail and technical sophistication which become apparent on anything other than a cursory glance. Featuring a beautifully executed and charming horological novelty, which dominates an almost spartan display, it is also equipped with a fully in-house manufactured hand-winding movement, which is finished to haute horlogerie standards, and which has earned the young watchmaker a candidate invitation from independent watchmaking’s most exclusive association, the AHCI.

Over the past decade, Stefan Kudoke has gained his reputation for his extraordinary Kunstwerk watches, which exemplified his profound talents in skeletonization and elaborate hand engraving, which he has brought to life his three dimensional themes, with astonishingly intricate motifs featuring the octopus with its sprawling tentacles, the panda in a bamboo copse, or the skull, surrounded by bones. Thanks to the individuality of the practice of hand crafted metal working, each piece is by its very nature unique.

Launched in 2019, the Kudoke Handwerk masterpieces represented a significant development, and a milestone in the watchmaker’s career, as powering this all new collection for the first time was his own fully in-house manufactured movement.

Equipped with this manual winding mechanical masterpiece, the Kudoke 2 Nocturne is a piece of refined technical sophistication, yet on the eye, one of simple and elegant beauty. Encased in a rounded polished stainless steel case, which measures 39mm across and 10.7mm tall, it is an unimposing watch on the wrist, but a closer examination reveals meticulous hand finished detailing throughout.

Beneath the gentle convex dome of sapphire glass the light silvery grey colour of the galvano-anthracite dial shifts to black and back again, as the watch moves around on the wrist and the light plays with its unusual and novel matte surface. The focal point of the dial is the beautiful domed disc just beneath the twelve o’clock position. Hand engraved, and galvanised in gold and black and white rhodium, it rotates in a twenty four hour cycle, depicting the sun, the moon and the stars as they pass above in a wonderful day and night display, with a discrete golden arrow indicating the time of day.

The chapter ring around the day/night disc, as well as the primary chapter ring are rhodiumised too, providing a perfect contrast. The hour and minute hands are polished stainless steel, and the hour hand features a Kudoke Handwerk signature ‘infinity’ symbol.

The Kudoke Handwerk 2 Nocturne is powered by the magnificent hand finished in-house movement. The Kaliber 1-24H is hand wound and boasts a 46 hour power reserve with an oscillation of 28’800 vib/h, and through the sapphire glass caseback its detail can be fully appreciated.  The movement is inspired by the English pocket watch movements of the seventeenth century, with the flat surfaces of its rhodiumised plates given a finely grained frosted finish, while around their edges highly polished anglage, and the unique engraved bridge which tapers to become the balance cock, holding the balance wheel in place, all accentuate the mark of the meticulous artisan watchmaker.

A piece of exceptional beauty and immaculate finishing throughout, the Kudoke Handwerk 2 Nocturne is a watch which is directly descendant from the 2019 GPHG award-winning masterpiece, and being produced in a limited series of only twenty examples, it is a highly exclusive version and a certain collector’s grail. 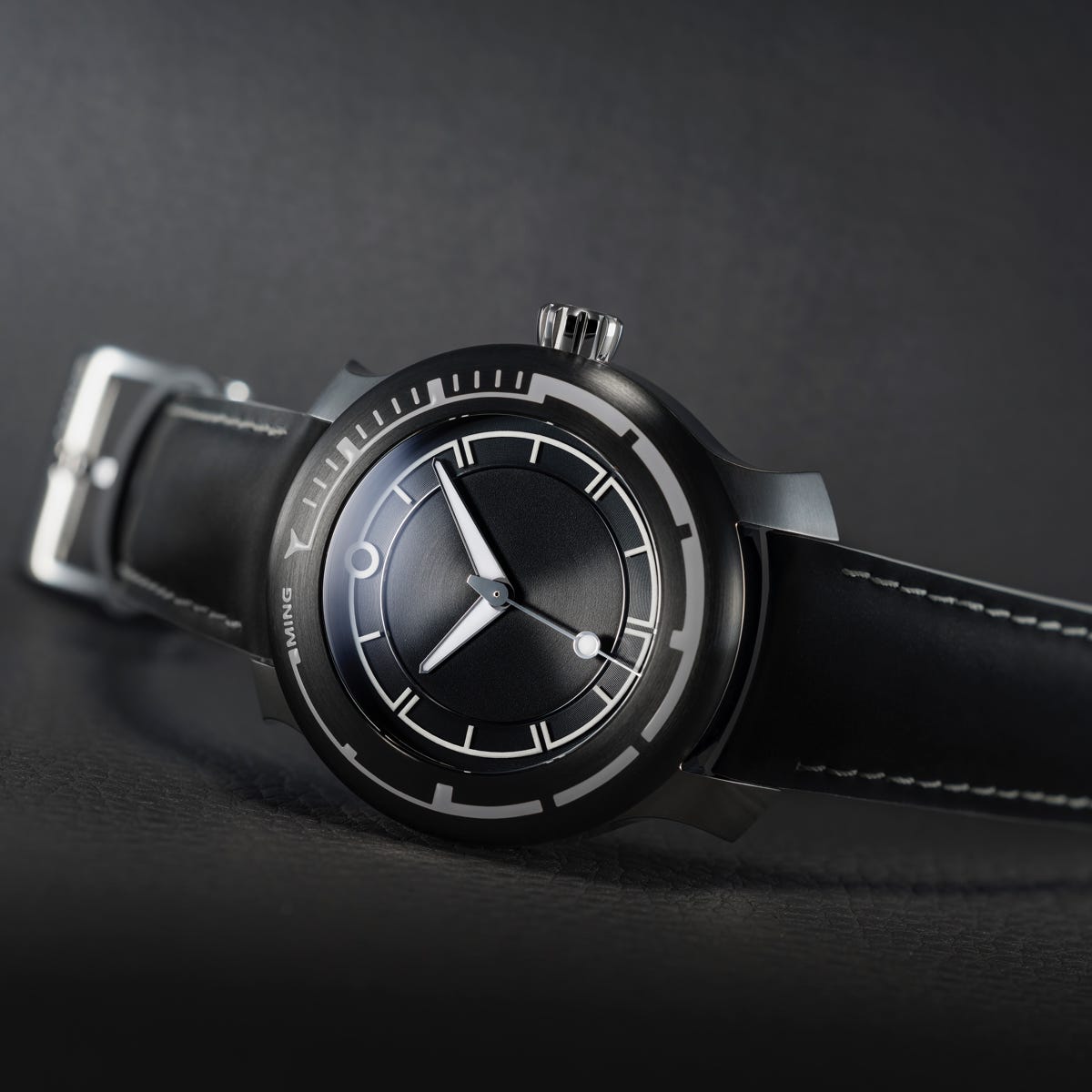 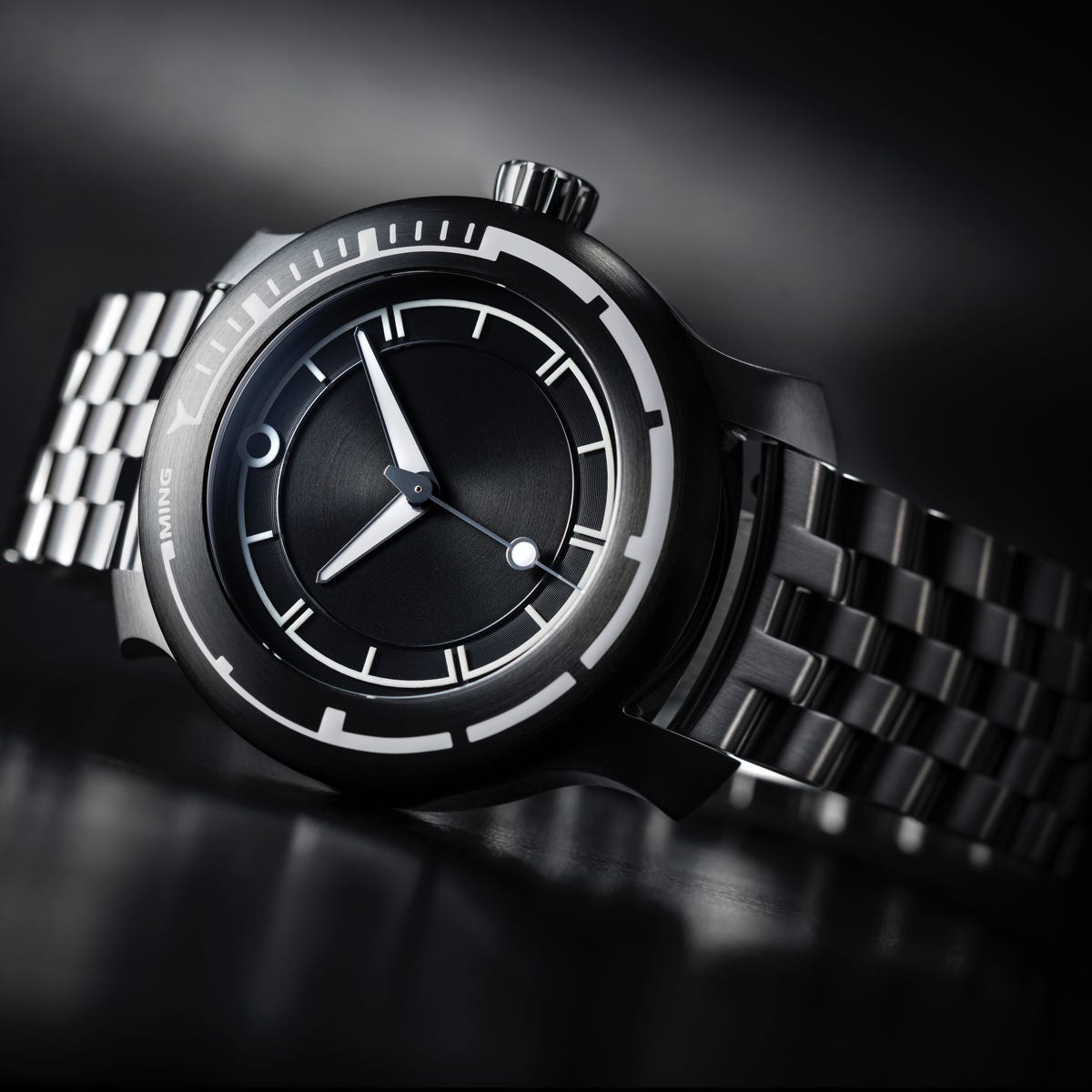 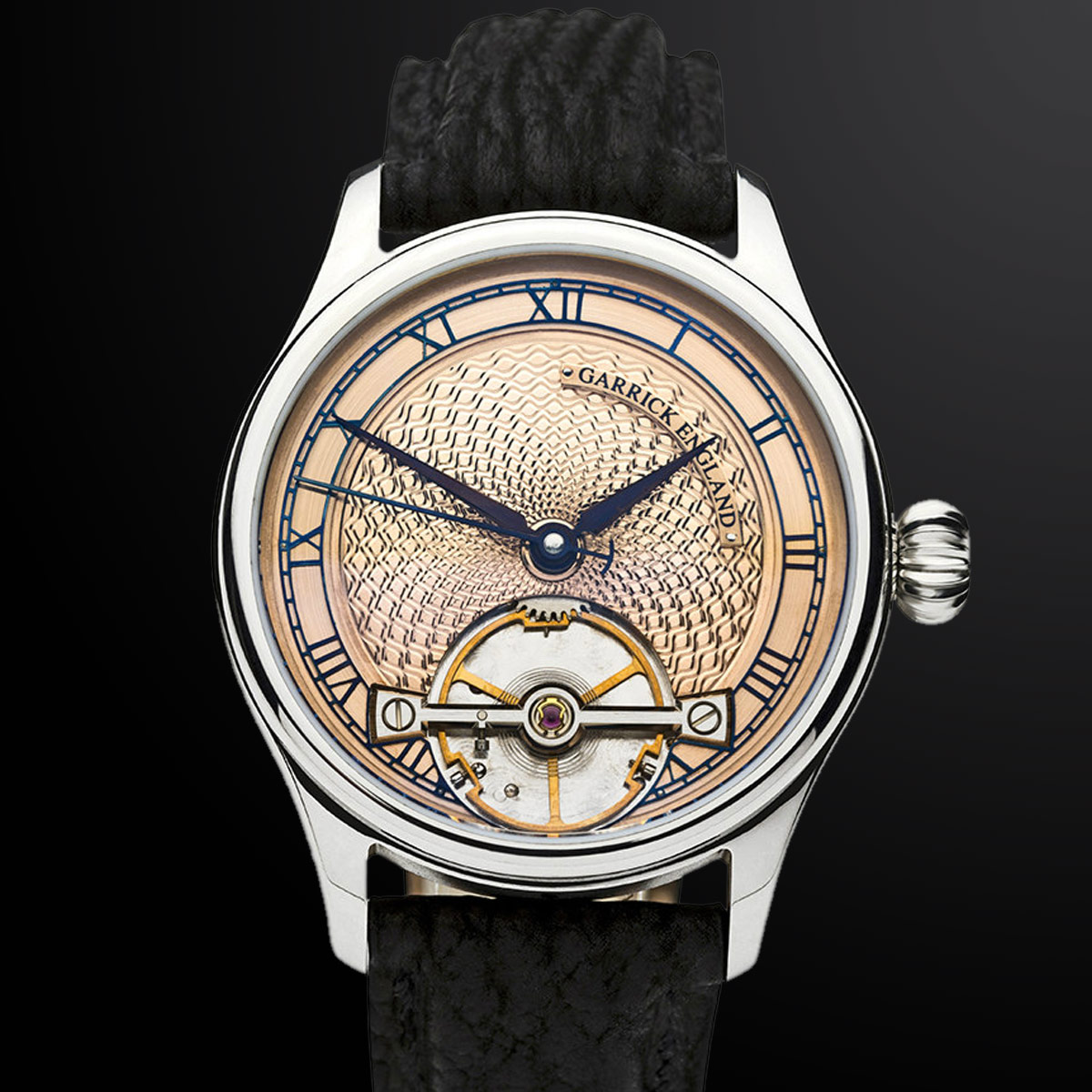 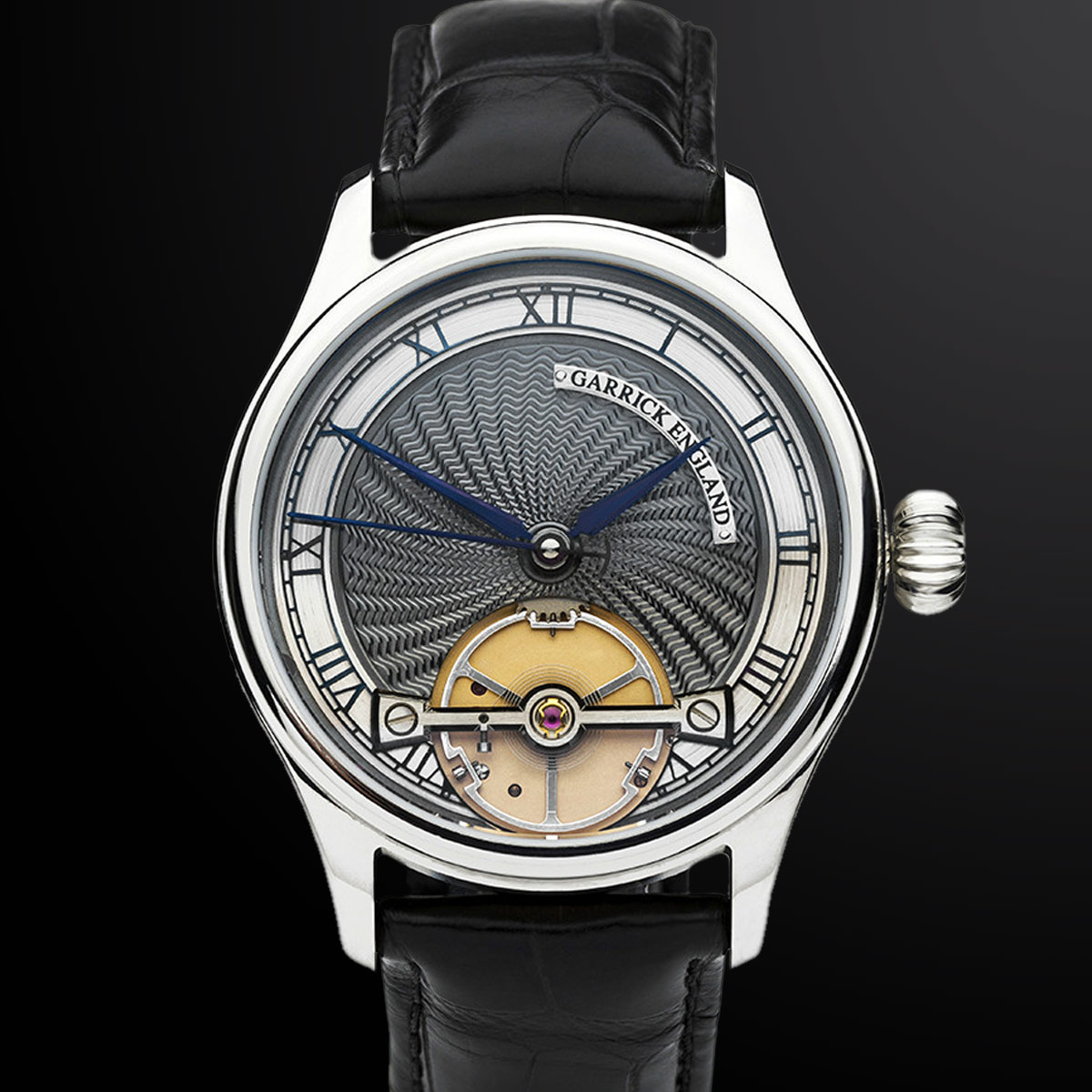