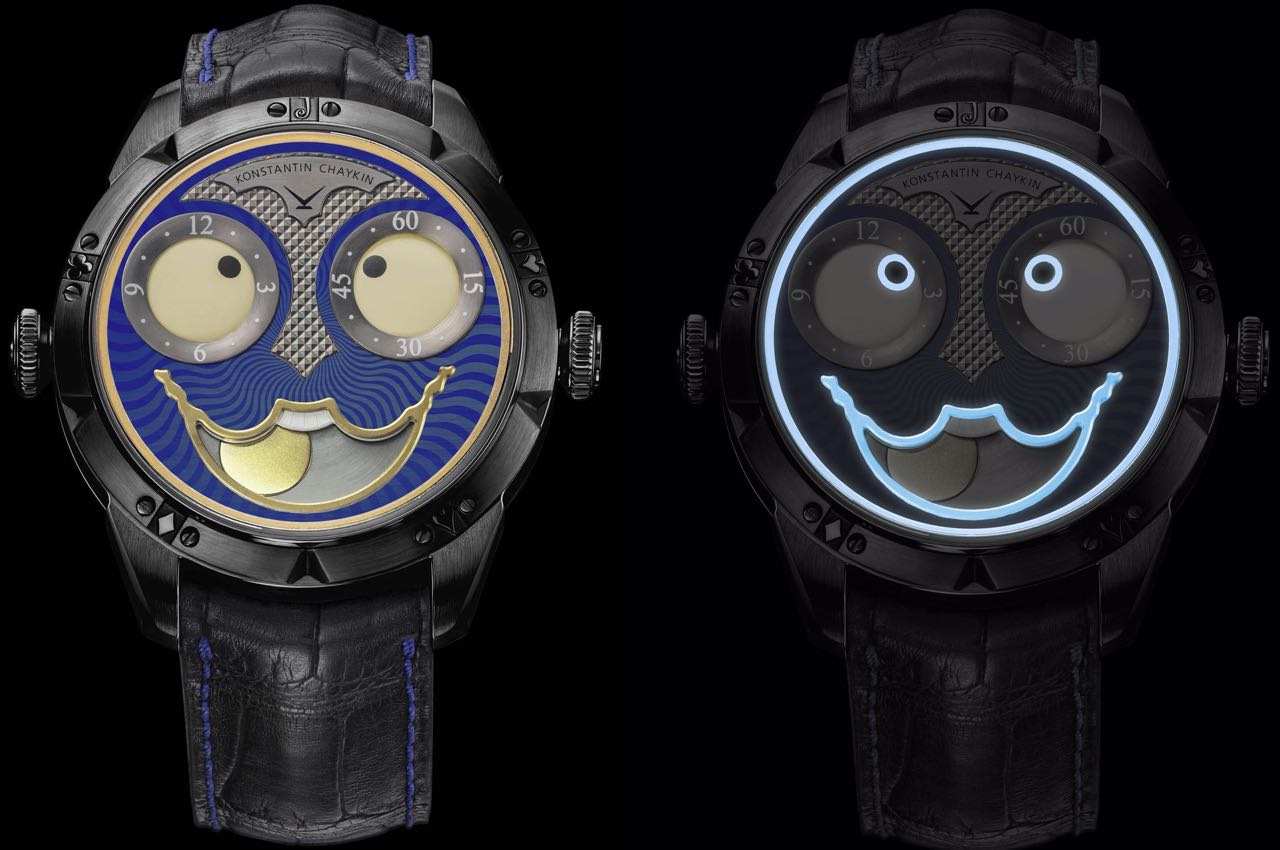 Without a doubt, one of the runaway success stories of 2017 has been the Joker watch by independent master watchmaker Konstantin Chaykin. Initially produced as a one-off novelty limited edition of 99 pieces, Joker has taken on a life of its own, and even with a follow-up edition of 88 in titanium, still, demand for this characterful piece continues to outstrip supply.

And it’s no wonder because with rolling eyes displaying the time and a tongue which moves across a crazed grinning mouth for the moon phase, the Joker was quite literally unlike anything that had been seen before, and in particular from a high-end master watchmaker like Chaykin.

Like any good movie villain it’s back once again for another performance, this time cloaked in black DLC and ready for some nocturnal mischief which it will duly deliver when the lights are out. Against the matte black brushed stainless steel case, Joker’s familiar facial features are superbly captured with a purple face with wavy rays radiating out from the nose at its centre. The eyes are the beige discs with two black dots which indicate the hours and minutes as they rotate, creating the wonderfully manic gaze. Between the eyes, a hobnail panel forms the nose, below which the gold lips of the big grinning mouth spread across the face, almost from ear to ear which the two crowns effect.

Using the moon phase to mimic a big gold tongue the face is complete, and with the wild lolling eyes and the monthly cycle of the moon Joker always has that irresistible insane face looking up at you.

When the lights go out the Night Joker is transformed as the gold rim of the dial, the lips of the mouth and tiny rings around the pupils become vivid blue outlines as the powerful Super-LumiNova glows brightly.

It’s powered by the ETA 2824 self-winding calibre which has been married to an in-house Chaykin module to adapt to the configuration requirements for this special watch.

Presented on a black crocodile leather strap with rich purple stitching, the Night Joker is perhaps the last of this uplifting series, and with only 50 pieces being produced, it won’t be around for long.