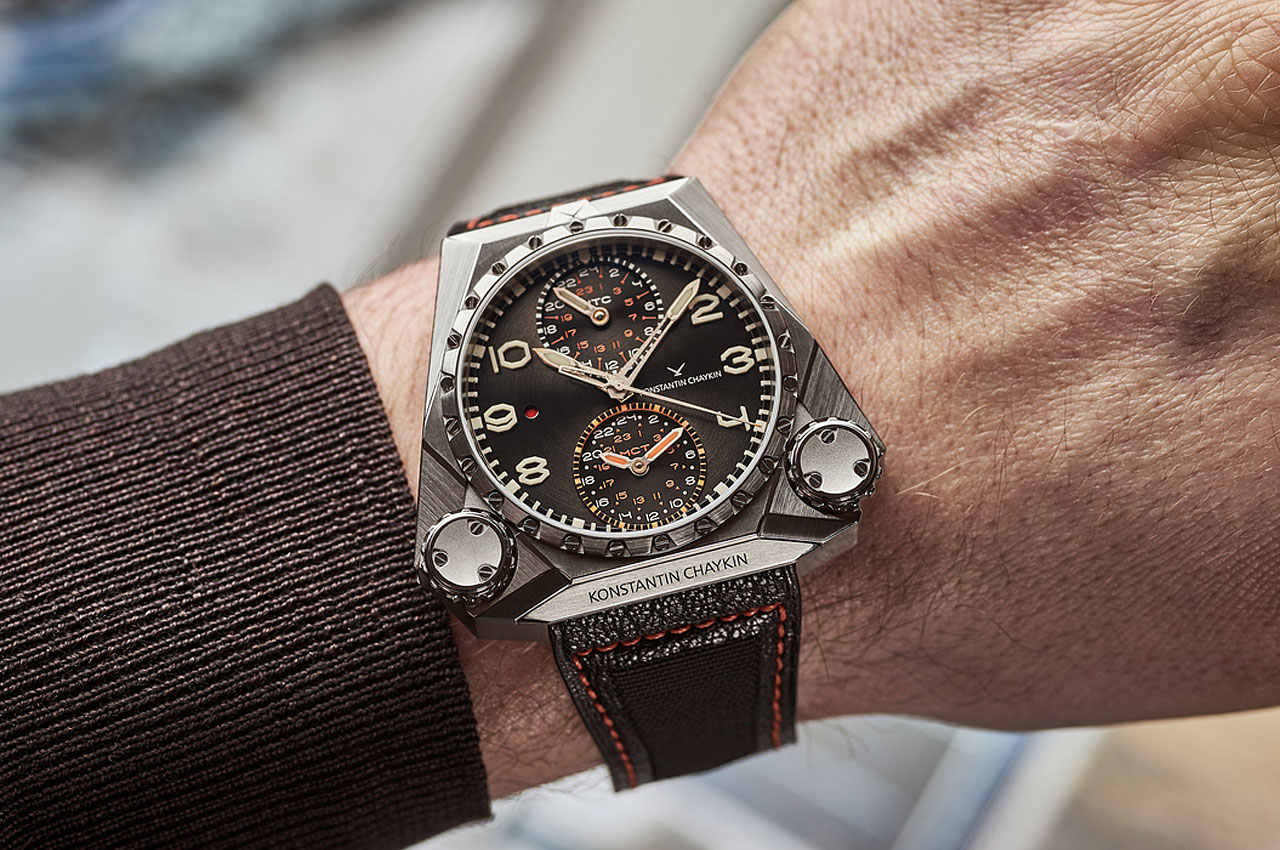 Over the years, with his extraordinary horologic creations, Chaykin has proven himself to be a reader, a thinker, a philosopher, a mathematician, a scientist, a mechanical engineer and an inventor knee-deep in his own patents - as much as also being the master watch and clockmaker through which he has channelled all of these fields and dedicated his professional life to. In fact if there’s a toss-up between taking a straightforward approach, as opposed to a particularly challenging and previously unproven way to manufacture a piece, it’s odds-on that he will jump at the greater challenge.

He is of course self taught, which really puts his achievements into some perspective, and is surely one of the greatest creative forces in watchmaking of our time, and while his Joker, which has become something of a phenomenon, reappearing in a number of limited edition guises, and elevating his name to almost household status among watch enthusiasts, there is much more than a goofy boss-eyed face behind this profound talent.

It’s hardly a surprise then that the Konstantin Chaykin Mars Conqueror MkIII Fighter is a watch which does not appear to be of this earthly world. A design of dramatic, stealthy styling, it is a futuristic pilot’s watch and its shape conjures thoughts of a lunar landing module, being essentially triangular in shape, with squared off ends rather than points. Its flat surfaces interface along pronounced angled edges, which are accented with polished edging providing contrast to the coarsely grained straight brushed finish. At its centre, the large round window has a porthole-like quality, and around it, the bezel is securely bolted down with closely-spaced screws, while either side, the two vertical crowns are functional, and add symmetry to this most unusual wristwatch.

Creating a watch with multiple time zones for use here on earth is one thing, and while that has its own set of complexities, there is one basic standard, and that is despite wherever we might be on our own planet, every faraway corner is governed by a day which has twenty-four hours, and a year which has a set 365 days, with a leap year for correction every fourth year. This means there is an inflexible rule, and also a precedent, with the first multiple time zone watches (world timers) appearing in the late 1930s, and what we know as the GMT (which used an additional hand, and bezel) to indicate the time in different parts of the world simultaneously.

On Mars, these rules do not apply, as the Martian day (called a ‘sol’) takes 24:39:35 of our earth hours, minutes and seconds, and so to illustrate that, requires a whole new set of calculations and engineering challenges, to design the unique gearing which can operate in parallel with our twenty-four hour system. For a watchmaker who loves nothing more than exploring new frontiers, this is exactly the kind of prospect that Konstantin Chaykin adores, and his incredible Mars Conqueror MkIII Fighter is the result of a lengthy phase of development and refinement, and yet another little feat of that unique technical genius for which he is renowned to add to his CV.

The watch is a descendent of his Mars Conqueror prototype which was shown in 2019, yet it is different in many ways, and compared to the original concept, which included no fewer than nine newly invented complications, including a precise Martian calendar, complete with its 687 day year (or 668 sols), and featured three shared purpose dials, the new MkIII Fighter is in fact a slightly simpler time only version, although still profound.

Encased in a chunky, angular case which measures 55.82mm across at its widest point and 48mm from top to bottom, it is certainly a piece which packs a lot of presence on the wrist, although being manufactured in Grade 5 Titanium it is surprisingly light and comfortable to wear, as well as being virtually impervious to scratching, thanks to the hard wearing nature of the metal.

The primary time display is conventional, with central hours, minutes and seconds on a dark anthracite-grey dial with big aviator styled monolithic luminous numerals which truly come into their own in the dark, and specially designed rocket-shaped hands, with luminous tips. The surface of the dial is finished with a matte circular brushed effect. In the upper half of the dial, the subdial displays a second 24-hour UTC time zone. The lower subdial displays the Martian time in hours and minutes on a 24-hour scale of reference. In both of the subdials, the odd and even numerals are arranged in an in/out stepped fashion, and as they are also applied in a special luminophore, in low light conditions the dial is transformed into a glowing three dimensional light show, with the monolithic numerals appearing to float above the dial.

The triangular shape of the Mars Conqueror MkIII Fighter provides plenty of room for the two vertical crowns either side of the round bezel at the four and the eight o’clock positions. Another of Chaykin’s patented innovations, both of the crowns are functional, with the latter (8) a mode selector which engages the former (4) to facilitate manual winding, the setting of local time, or UTC (when rotated clockwise) and MCT (anti-clockwise rotation). A small round hole at the nine o’clock position uses colours, red, orange or white to indicate the current crown mode.

On the underside, a sapphire exhibition caseback reveals a spoked oscillating weight which provides energy to the remarkable mechanism within. Taking a standard Swiss ETA 2893-2 self-winding movement as its base, Konstantin Chaykin has added his in-house high complication module to create his Earth-Mars time converter. Comprised of no fewer than 125 additional components, each one of the tiny parts have been finished to the exacting Haute Horlogerie standards, and so any notions that the Mars Conqueror MkIII is purely an interesting novelty can be quickly dispelled; this is an exceptional piece of mechanical micro engineering.

Only eight pieces of the Mars Conqueror MKIII Fighter are being created, and as Chaykin has become an increasingly familiar name to enthusiasts around the world in recent years, it is unlikely to be available for long. 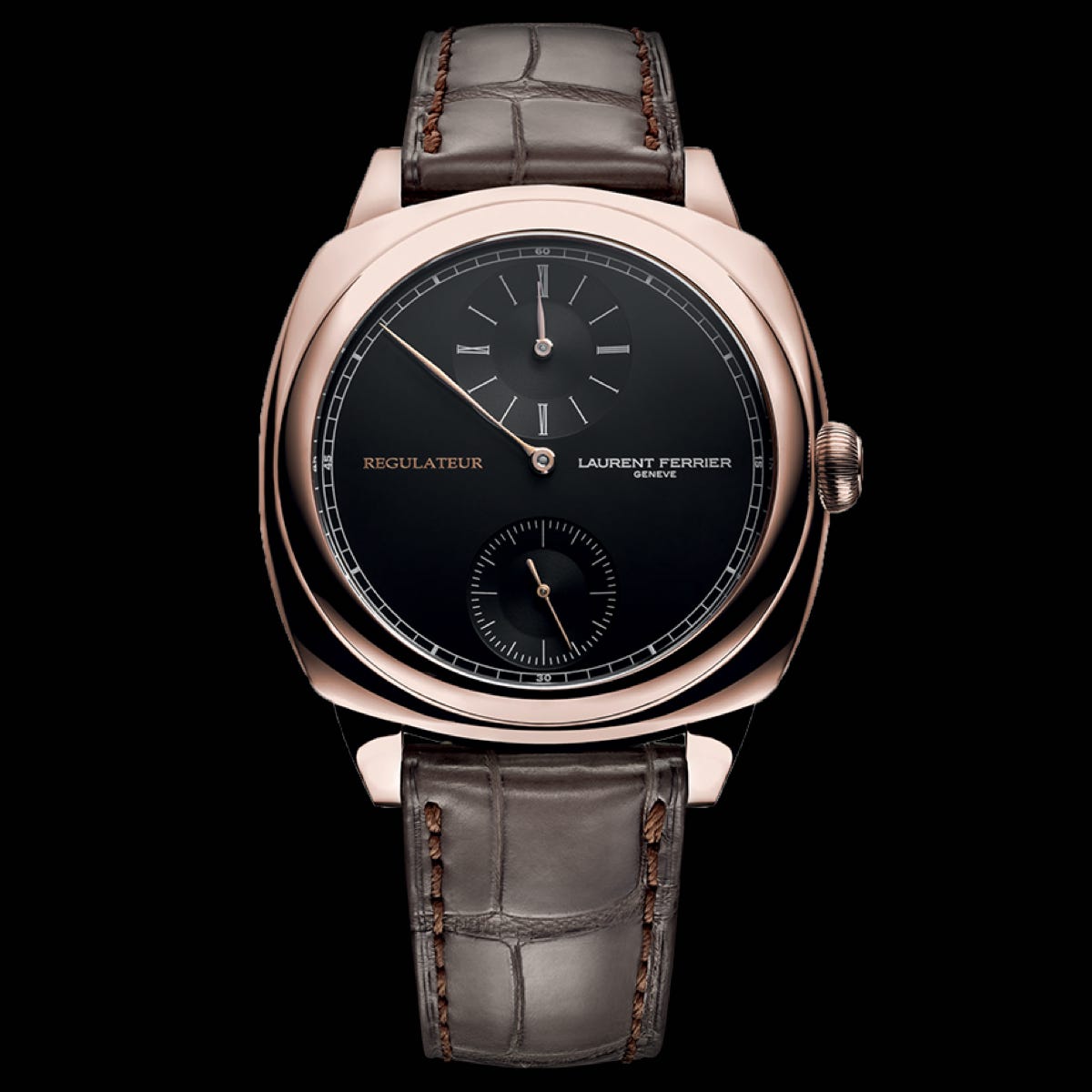