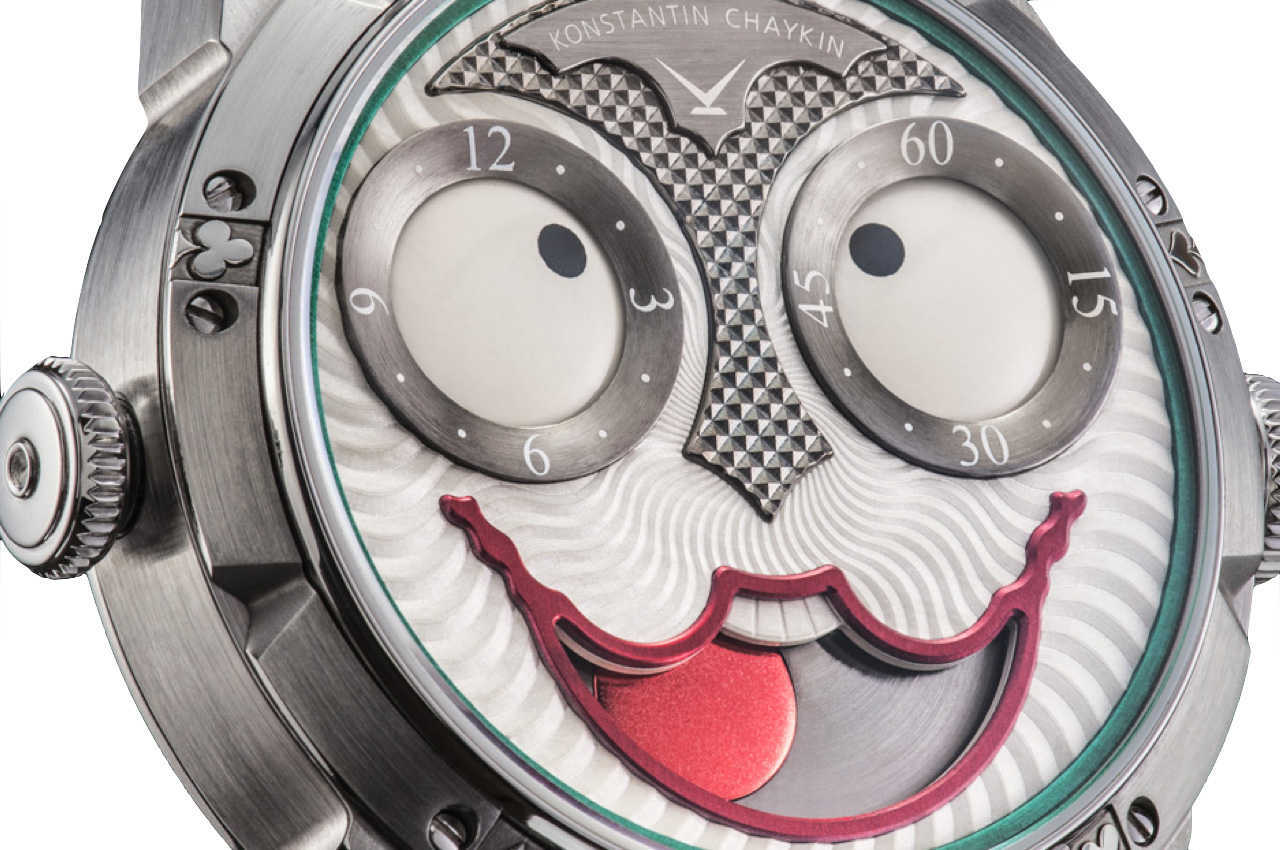 It would take a very cold heart not to have been won over by one of the stars of the Baselworld 2017 show, where Konstantin Chaykin’s marvellous Joker watch was certainly one of the show’s surprises, and a must see conversation piece on the itinerary.

Joker could really only ever have come from the independent sector, and it is a window into the mind of the Russian master, and AHCI member Konstantin Chaykin, who from his Moscow based atelier creates horologic works of art, and timepieces which bend the rules of watchmaking.

Once again Chaykin has dispensed with the norms, and has taken the principals of the time display and using green, white, red and purple has reimagined them in the unmistakable characterisation of the famous comic strip villain.  At first glance the Joker could be dismissed as an amusing novelty, but in fact it is a very serious if playful piece, and behind its wacky, zany visage you’ll find the work of one of watchmaking’s most innovative and respected creators.

At the top of the dial the hobnail plate on which the logo sits is shaped into eyebrows and nose, with two eyes either side. By means of a pair of white discs with a single black dot on each, the hours and minutes are displayed separately. Joker’s wild eyes replace the hands, and as their positions constantly move around their dials the goggle-eyed effect is absorbing and engaging.

Using the moonphase to represent the Joker’s manic smile is ingenious, and the way the red moon becomes the tongue makes me wonder how no one had seen this before. The three horlogic features combine to create a dial which is like no other.

The 42mm stainless steel case has a crown on each side to calibrate the time (right) and the moonphase (left), and inside, an automatic Swiss ETA has been modified in house to enable the unusual time display configuration.

Presented on a rich purple croco leather strap, the Joker’s appearance is complete, and with only 99 pieces having been made, this wonderfully quirky watch is already heavily subscribed.