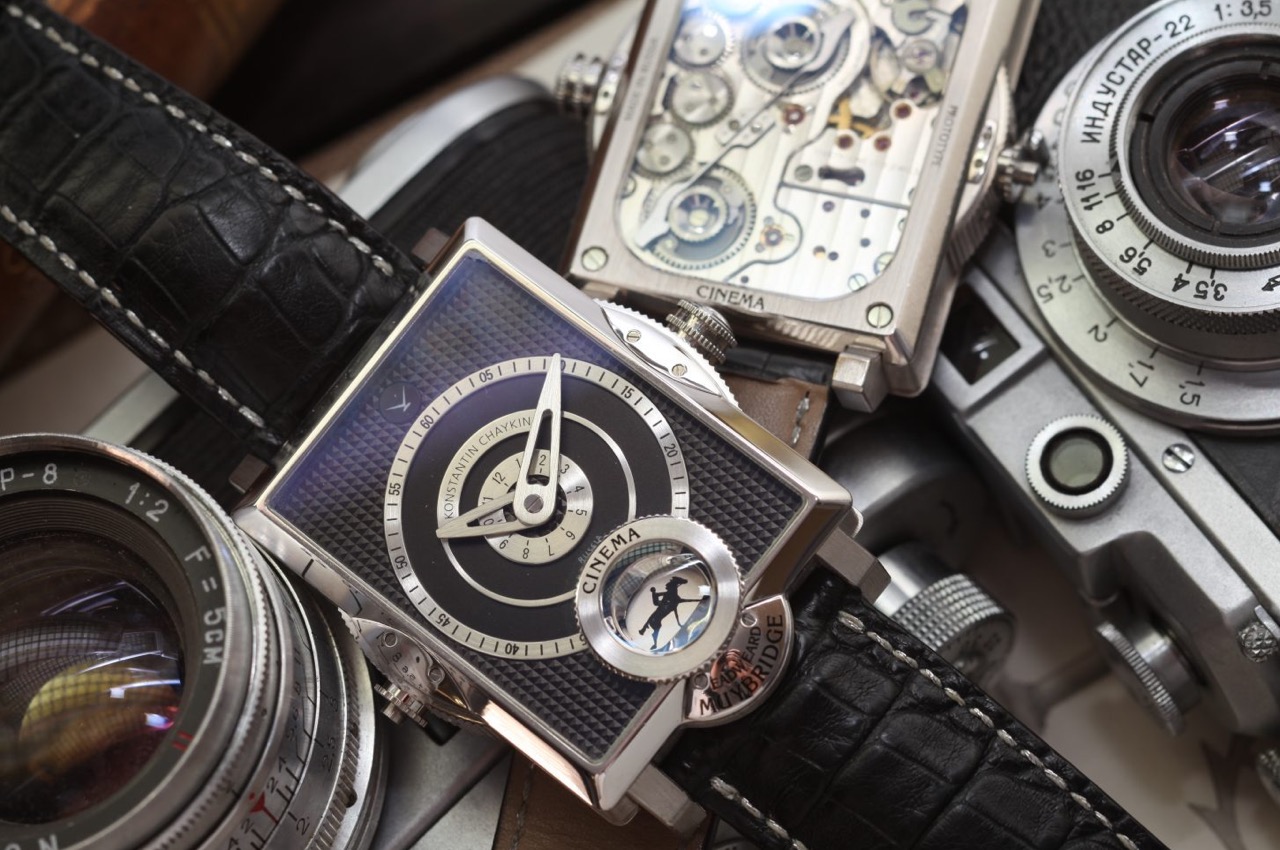 For a watchmaker renowned for his unusual, beautiful and extraordinarily complex creations, the Cinema watch by Konstantin Chaykin truly pushes the boundaries of what is possible to create within the confines of a wristwatch. Featuring a miniature mechanically driven movie, it is surely one of his most exotic and fascinating watches.

Self-educated in watchmaking, over the past twenty years Chaykin has proven himself to be not only Russia’s greatest ever watchmaker, but also one of the finest of our generation anywhere in the world, and as holder of almost one hundred unique patents, unquestionably one of the greatest mechanical inventors too.

A quick glance through his portfolio of timepieces emphasises a direction which is anything but unconventional, and the Cinema continues a legacy of horologic innovation which is unmatched in its bewildering variety by any other watchmaker.

Inspired by the very first moving picture ‘movie’ by Eadweard Muybridge, whose 1878 animation The Horse in Motion astonished audiences as his horse galloped across the screen, via a sequence of stills knitted together in stop motion, Chaykin’s Cinema has at its heart a similar philosophy. Using twelve sequential black and white images of a horse and rider on a disc which rotates in under a second when activated by a pusher, the horse appears to gallop within the aperture at the six o’clock position.

The Cinema watch has an old camera-like aesthetic too, in the styling of its rectangular case, and its crown and pusher opposing each other at the 3 and 9 on rounded detailing resembles a focal adjustment ring. With its black lacquered clous de Paris guilloché texture and silvered detail, the dial continues that theme, and with the hours and minutes displayed on concentric rings, it is a watch with obvious photographic influences in its design.

On the underside, a sapphire glass reveals Konstantin Chaykin’s fully in-house masterpiece. A technical tour de force, the calibre K06-0, manual winding calibre is another bespoke and patented creation and boasts a 45 hour power reserve, with an additional twenty seconds reserve for the animation function.

Only twelve examples of the astonishing Cinema watch by Konstantin Chaykin have been manufactured, and as his reputation as one of our most prodigious watchmaking talents gains increasing notoriety, this is a certain collector’s piece and an example of a modern day watchmaking legend.