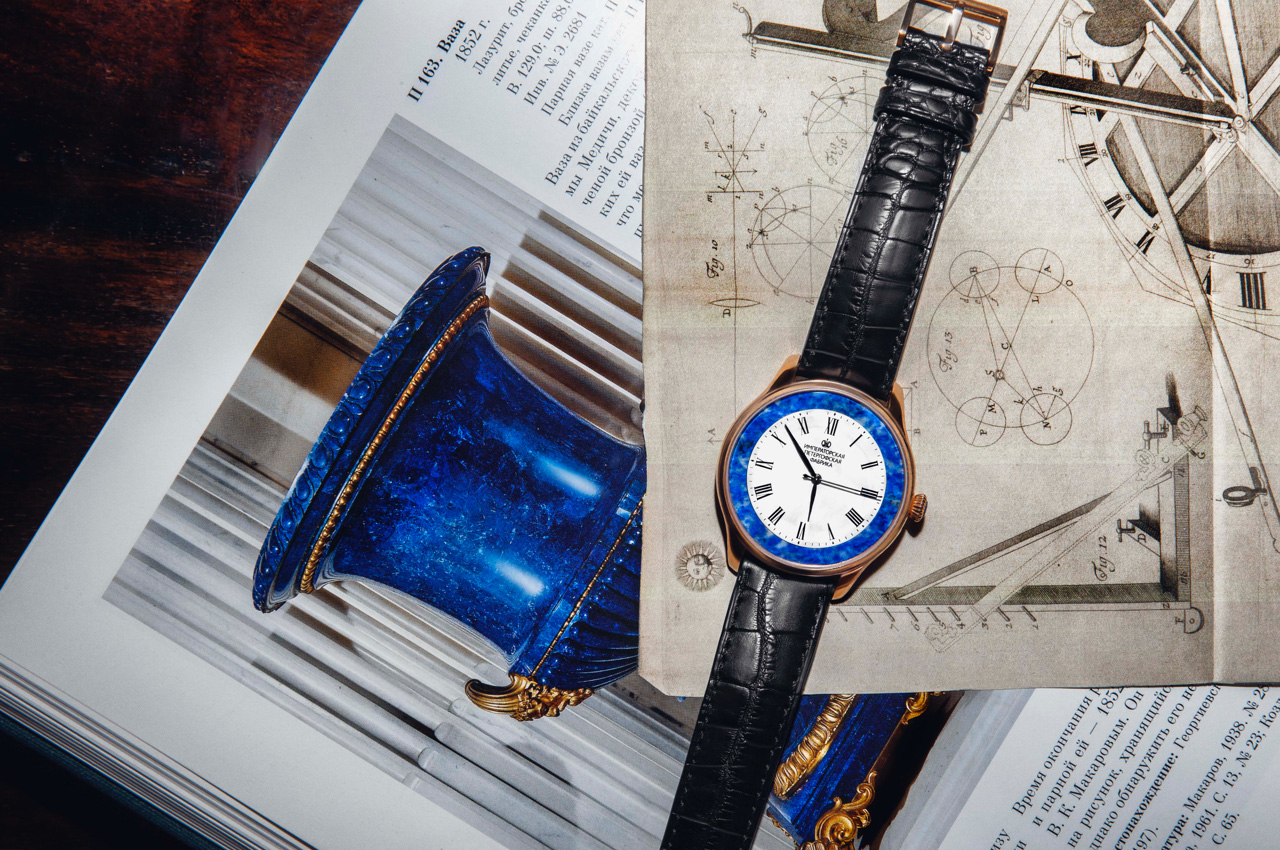 As the Imperial Peterhof Factory prepares for its three hundredth year, a new collection of highly exclusive hand made wristwatches celebrate the beauty of its stone craft and an illustrious legacy which compares to watchmaking’s Grandes Marques. Entirely manufactured in house, each one of these special pieces is unique, thanks to the natural characteristics of the colourful stone inserts which really make these watches stand out, and bring together the two arts which have defined the company’s history, with its most talented craftsmen and watchmakers, to create this noble and distinguished collection with a distinctly original essence.

The unmistakable marbling on the rich blue polished stone ring of the IPF Lapis Lazuli edition contrasts superbly against the white enamel dial. Underneath a sapphire crystal, the combination is unusual but very striking in its appearance. The time is displayed in the classic three hands style, and feature hours, minutes and seconds, with black Roman numerals and minute markings.

It is presented in a round 41mm case of 18Kt red gold, with a matching stone cabochon on the crown.  On the reverse, a complex sapphire case back is shaped like an inverted dish and offers an unrestricted view of the movement, which like the dial, is contained within the ring of lapis lazuli stone. The rotating solid gold mass is engraved with a beautifully detailed double headed eagle, maintaining the 42-hour power reserve as it spins.

A quite stunning wristwatch, the Imperial Peterhof Factory Lapis Lazuli is a classic celebration of three centuries as a national icon. It is presented on a black alligator leather strap with folding deployant clasp.