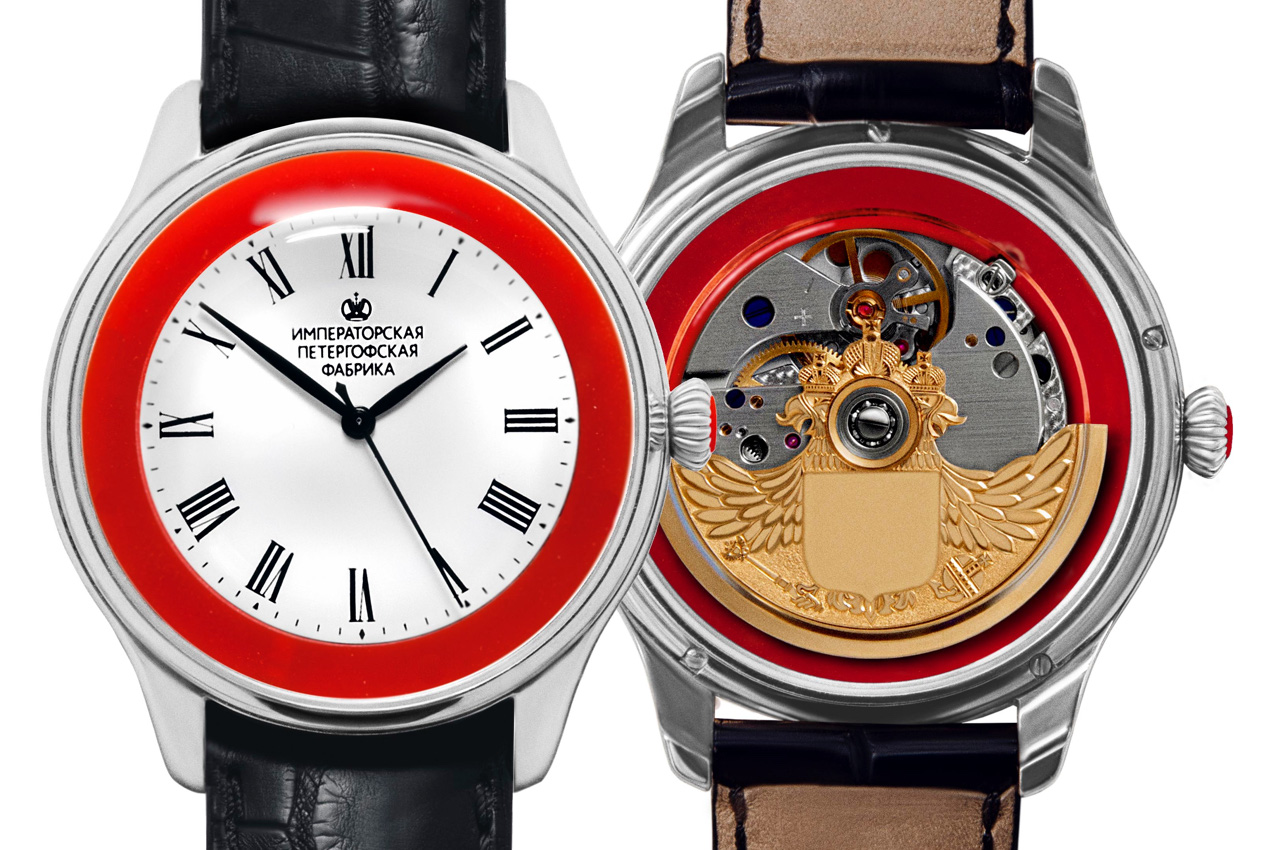 Firmly established as a centre for the country’s finest talents in technical and creative craftsmanship, when a new post-revolution world arose and its former customers reflecting on happier times, if they were fortunate enough to do so, the company continued, diversifying into a sector which was becoming increasingly important, and a nascent watchmaking industry which would soon supply the needs of a nation was born.

The vivid red blaze of the polished stone ring of the IPF Carnelian edition contrasts dramatically against the white enamel dial, and beneath a sapphire crystal, the combination is uncommon but very striking in its appearance. The time is displayed in the classic three hands style, and feature hours, minutes and seconds, with black Roman numerals and minute markings.

It is presented in a round 41mm case of 18Kt white gold, with a matching stone cabochon on the crown. On the reverse, a complex sapphire case back is shaped like an inverted dish and offers an unrestricted view of the movement, which like the dial, is contained within the ring of red carnelian stone. The rotating solid gold mass is engraved with a beautifully detailed double headed eagle, maintaining the 42 hour power reserve as it spins.

A rare and elegant dress watch, the Imperial Peterhof Factory Carnelian is a classic celebration of three centuries as a national icon. It is presented on a black alligator leather strap with folding deployant clasp.