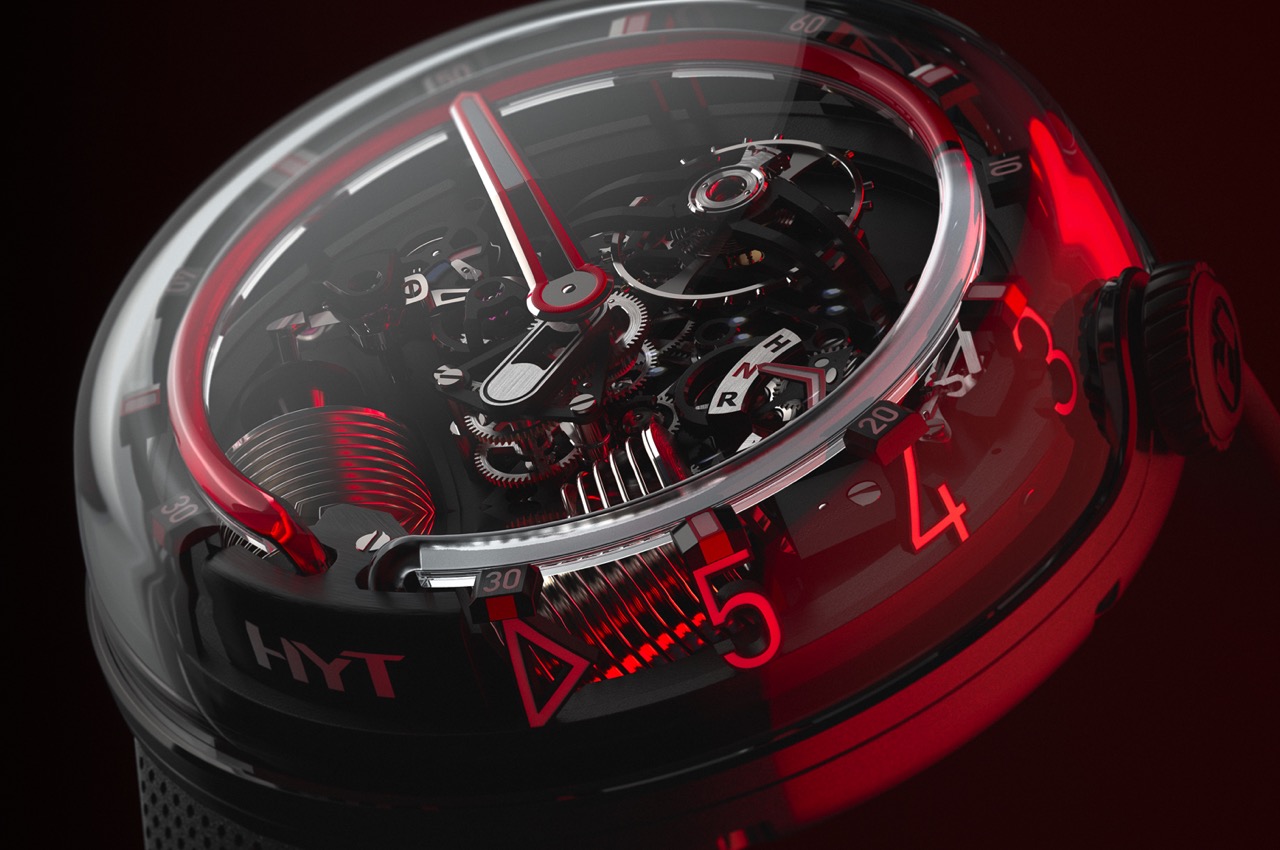 HYT watches are characterised by their innovative designs and futuristic styling.  Renowned for bringing an entirely unique complication to the industry, this youthful independent watchmaking company have created a fascinating display of the passing of the hours.

The mechanism is termed simply as “Fluidic Hours”, but of course, the technology behind this invention is anything but simple.   Years of meticulous research and development were invested in the creation of the complex system, which enables the hours to be indicated via two immiscible liquids contained within a tiny, curved glass capillary.   As the hours flow freely, in a seemingly effortless manner, oblivious to the laws of gravity and the effect of temperature variation, time itself appears to lose some of its structure.

After a period of twelve hours has passed, the wearer is offered a precious moment of contemplation, as the liquid goes into retrograde motion.  Is this a chance to reflect and rewind the past, or an opportunity to erase it in order to face the future without fear? This is a question only the owner of a HYT watch can answer. With a sleek aesthetic throughout, the HYT H2.0 All Red is an outstanding wristwatch.

The piece carries a generous 51mm stainless steel case, which has been given a stealthy black DLC coating.  Form this generous housing, a huge box-domed sapphire crystal rises up to envelope almost the entire watch.  On its steep sides, in a linear layout, Arabic numerals, enhanced with white lacquer, serve to indicate the hours. Beneath this vitreous dome, a superb technical interface is fully exposed.

Encircling the dial, the glass capillary takes up the position.  Within it are two liquids, one transparent the other vivid red.   These fluids are destined never to merge, thanks to their fiercely opposing properties, but they work in unison in order to indicate the hours.

The two multi-layer bellows which breathe life into the fluidic hour indication are laid out in a “V” configuration on the lower dial.  Together they control the precise release of the liquid by alternatively pushing or releasing the fluids. Upon completion of a full 12-hour cycle, the liquids restore to the original position in a retrograde action.

In the centre of the dial, a phase shift, or jumping minute hand, provides added drama as it instantly jumps after 30 minutes have passed, while a red “HNR” indicator hand indicates the adjustment modes of the movement for hours, neutral and rewind.

Despite its avant-garde persona, the arrangement of traditional watchmaking components, such as the visible balance, which rises up upon its black DLC titanium bridges, affirm the Haute Horlogerie credentials of this astounding piece.

Turn the piece over and a new panorama is revealed.  Here the micro-blasted titanium bridges and satin finishes of the manual winding mechanical movement can be appreciated and the rear-side of the rhodium-plated bellows can be viewed.   Beating at 21,600 vph the calibre has an astounding 192 hour power reserve.

The HYT H2.0 All Red wears comfortably on an integrated black rubber strap with a black DLC titanium folding buckle.  The exclusivity of this model is assured thanks to its limited release of just 10 pieces. December 4, 2020
GENUS GNS1.2 TD DAMASCENE TITANIUM
A show-stopping timepiece for the individualist collector, in its vibrant shades of blue, the Genus GNS1.2 TD is an exceptional watch of daring mechanical innovation and pioneering use of materials. C
READ MORE 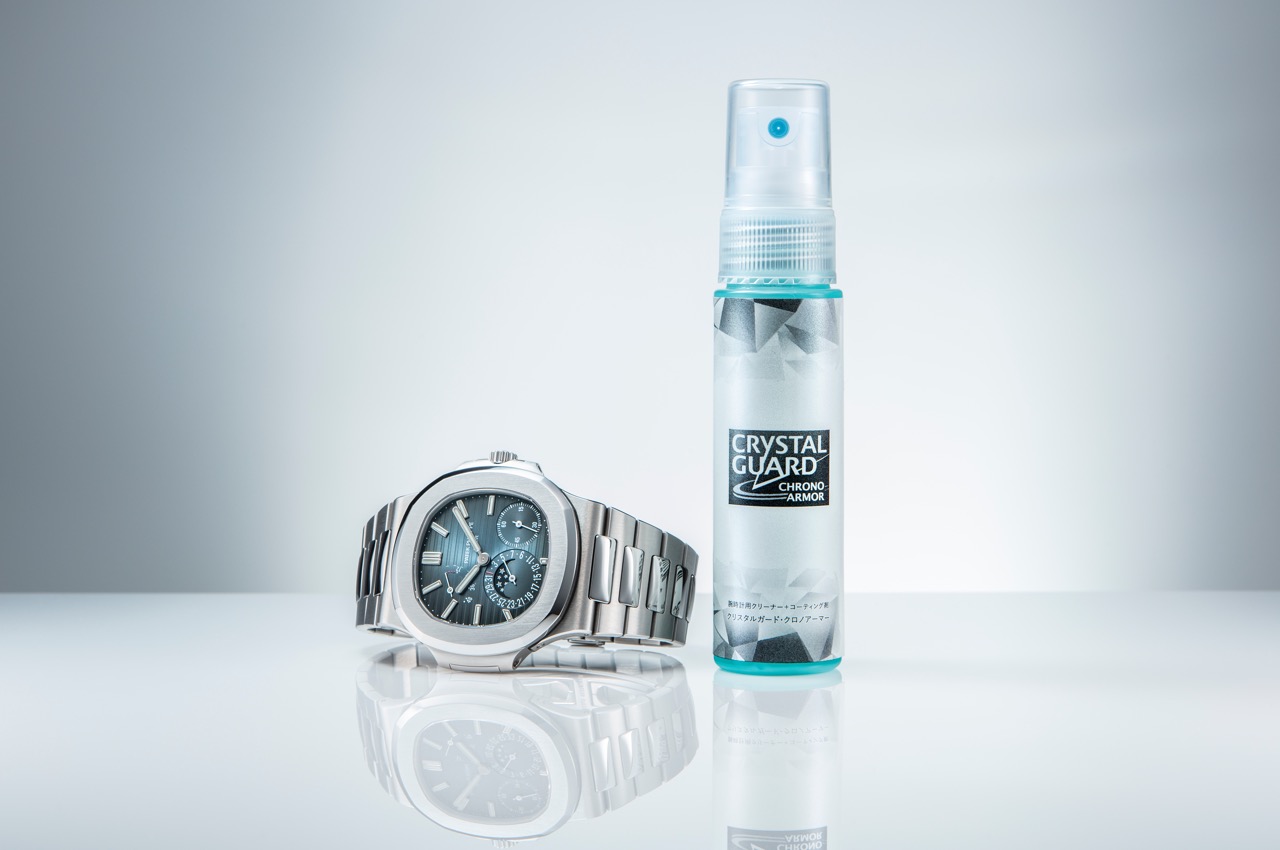