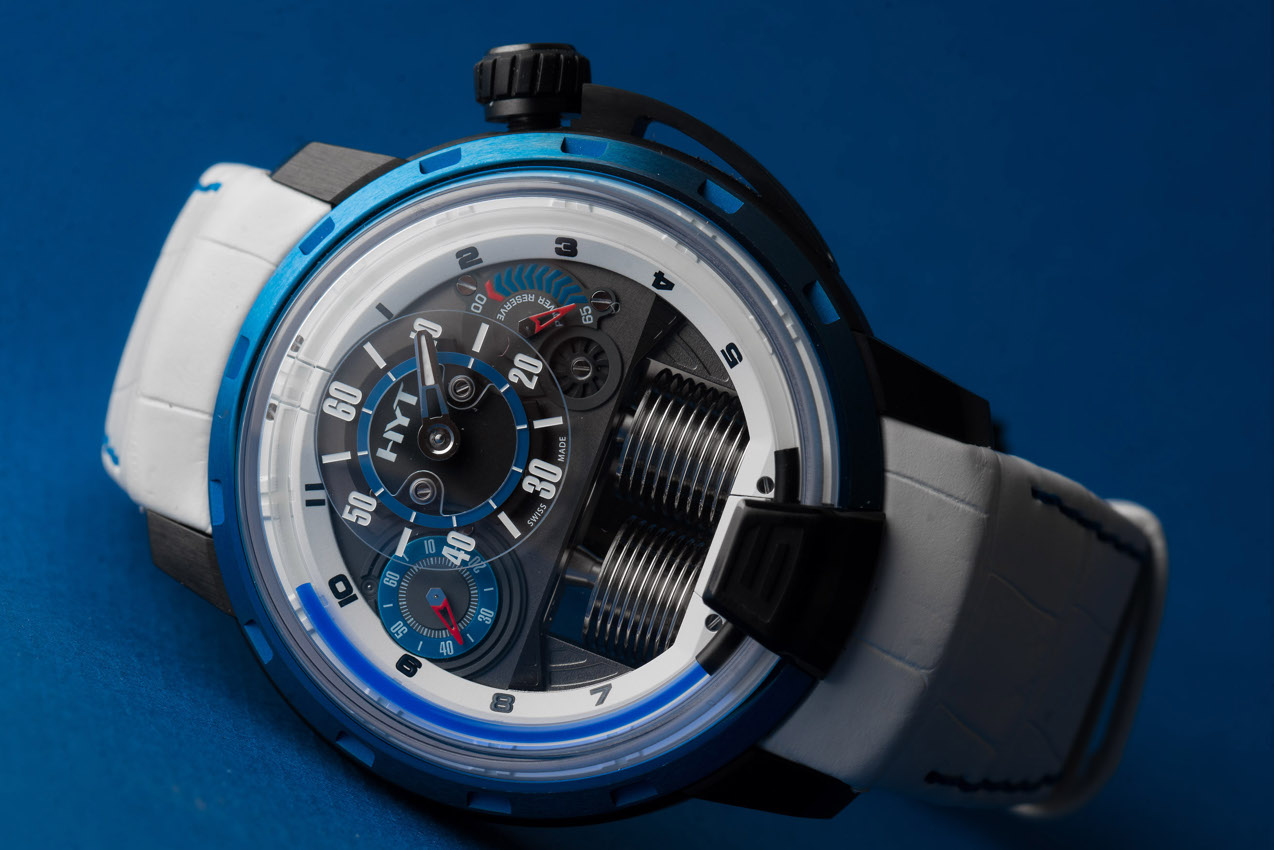 If the expression ‘ground-breaking innovation’ might be used a little liberally in the watch industry, there are few alternative ways to accurately describe the extraordinary watches of avant-garde watch brand HYT. As outlandish and extroverted as they are, HYT are much more than a gimmick because at the heart of every one beats a superbly manufactured hand winding mechanical movement.

An imposing and spectacular piece with a captivating three dimensional layout, at 48.8mm the H1 Antoine Griezmann is probably not a watch for the shy and retiring, although with its case of black DLC titanium it does wear surprisingly lightly on the wrist. Elsewhere, blue and white are prominent, with flashes of red combining to create the colours of the Tricolore of the French International striker.

A titanium bezel with deep metallic blue PVD is complemented by the blue fluid in the glass capillary, which runs around the edge of the dial to display the hours in an unusual but intuitive way.

The HYT signature feature, the fluid is propelled from behind the black tab at the 6, forced around towards the 7, 8 and onwards in a twelve hour cycle, and then on the dot of 6 o’clock resetting back to start over again, under the pressure generated by the pair of bellows which dominate the open lower half of the face. With a generous application of Super LumiNova underneath the glass tube, in low light conditions, the glow is sensational.

In the upper half, the time functions are displayed, with a single short hand with luminous accent, which keeps track of the minutes on its sapphire minutes dial, which sits suspended above the offset seconds and the 65-hour power reserve indicator.