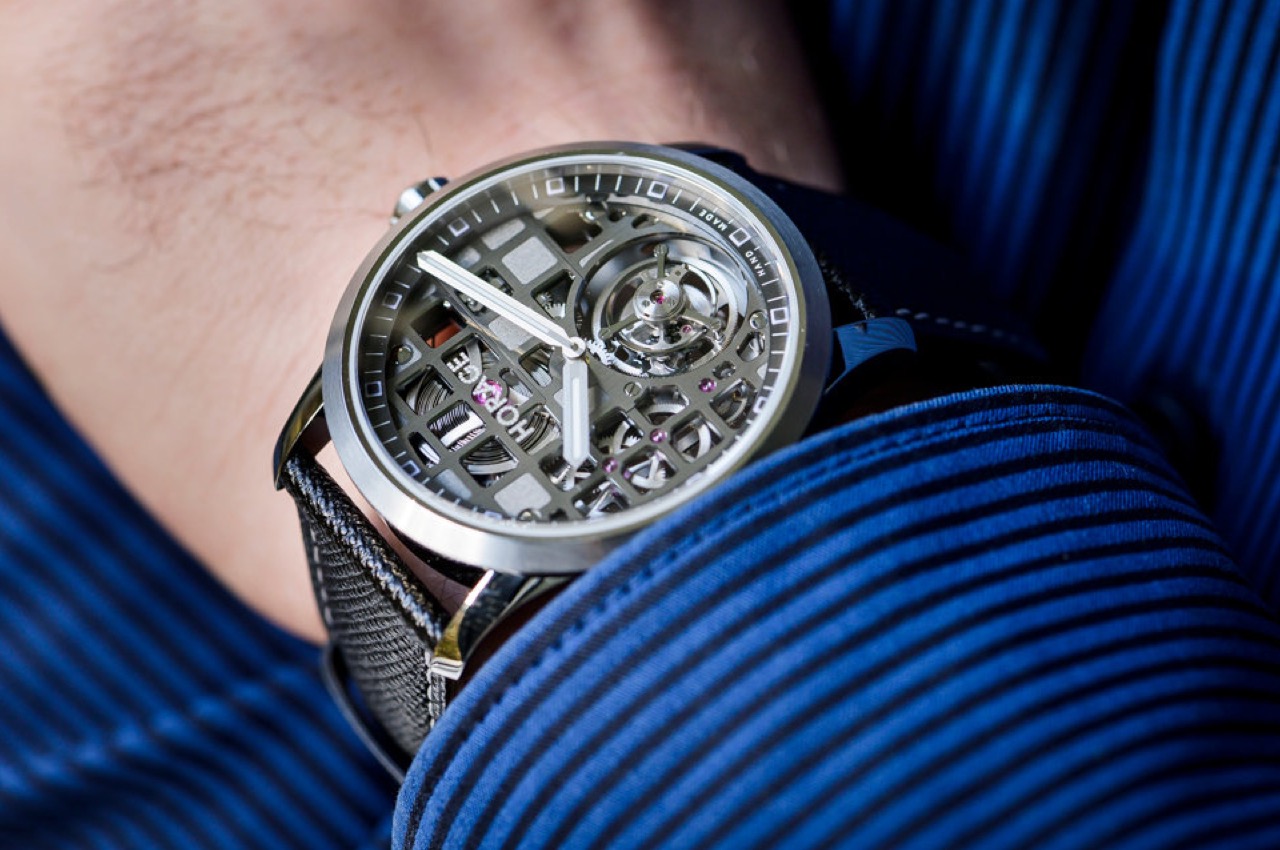 A remarkable wristwatch which fuses classical haute horlogerie complexity with state of the art manufacturing technology and bold, futuristic styling, the Tourbillon 1 by independent Swiss watch company Horage is a superb showcase for fine watchmaking in a contemporary age.

If the expression ‘disruptive watch company’ has become something of an overused cliché and an empty promise in modern times, Horage is a company which, while making no such claim, have certainly caught the attention of enthusiasts and collectors alike, thanks to its novel, no-nonsense approach to haute horlogerie. Featuring an in-house designed and developed hand winding tourbillon movement and a stunning three dimensional display, which breaks with the conventions of traditional design, in the Tourbillon 1, Horage have created a watch using innovation and cutting-edge materials to define millennial influenced watchmaking.

Encased in premium grade 904L stainless steel, with the alternative option of 18ct rose gold available on request, the round case measures 41mm across and 11.8mm in height. The straight-sided waist of the case has a brushed finish, which contrasts with the polished surfaces of the lugs, with the tapering bezel available in brushed or polished options.

An expansive sapphire crystal accentuates the three dimensional architecture of the dial beneath. Putting a modern twist on the art of skeletonisation, the grid-like dial plate is manufactured using CNC machining, with brushed, matte and polished finishings creating an eye catching contrast as the light reflects off it. A pattern of square ‘windows’ provide a glimpse of the components within, and as the light fades to darkness, a generous double application of Super LumiNova on the hour indices and hands throws a green glow across the display. Dominating the dial at the six o’clock position the flying tourbillon also features a small luminous tip, which indicates the seconds. Manufactured in titanium, with a silicon escapement and a ball bearing cassette, the complex regulating assembly is highly efficient as well as being captivating as it rotates on its sixty second cycle.

On the underside of the watch, a sapphire caseback reveals the mainplate, which is also skeletonised in the same way as the dial plate. The manual winding K-TOU movement is produced in-house and boasts an impressive five day power reserve and a frequency of 3.5 hz, (25’200 vib/h).

With a veritable menu of options, which include a choice of dial colours from blue, grey, silver and gold, the Tourbillon 1 by Horage is a revelation of contemporary watchmaking. Accessible, yet complex and superbly engineered throughout, it is a distinctive watch with cool styling and a lot of character from a pioneering young independent company. 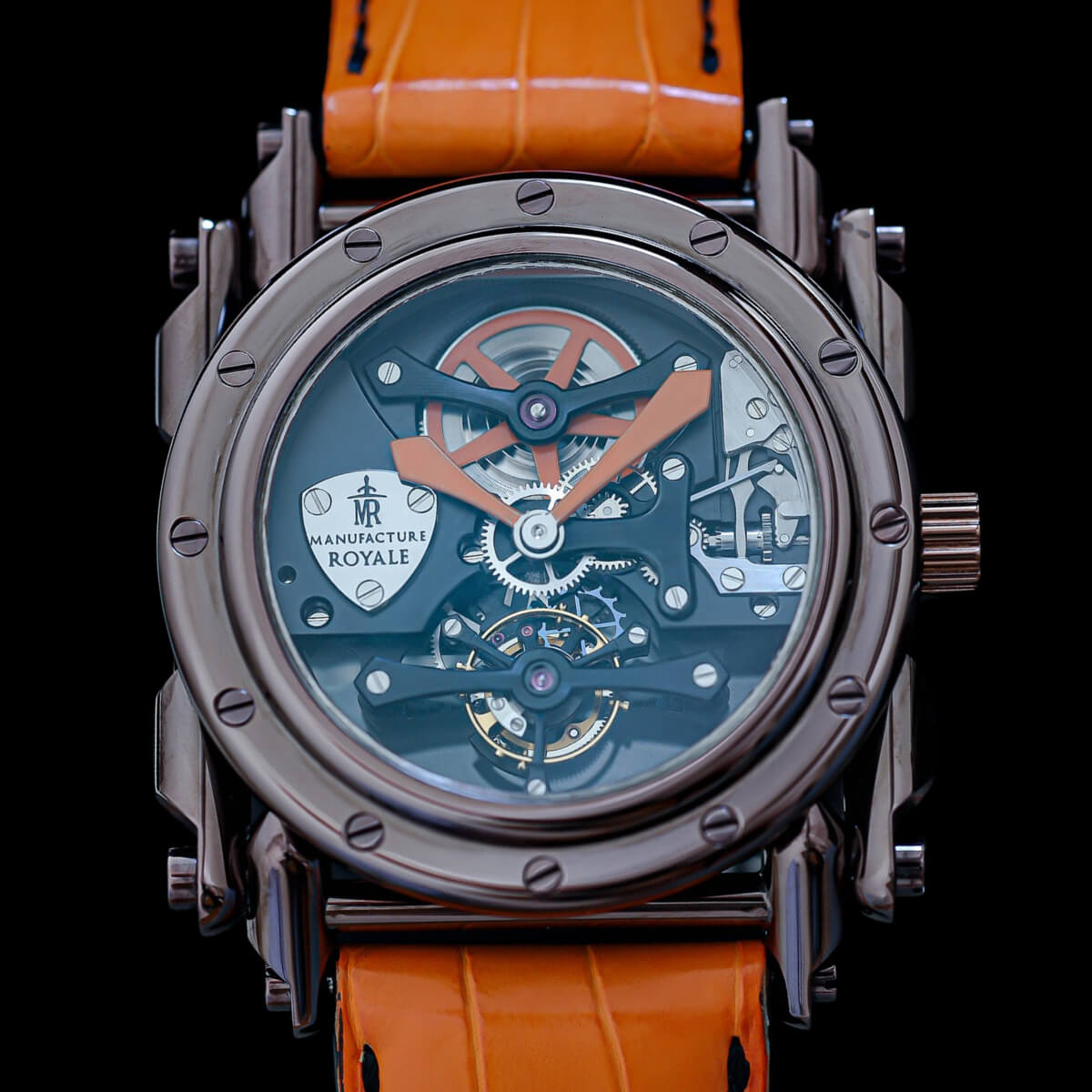 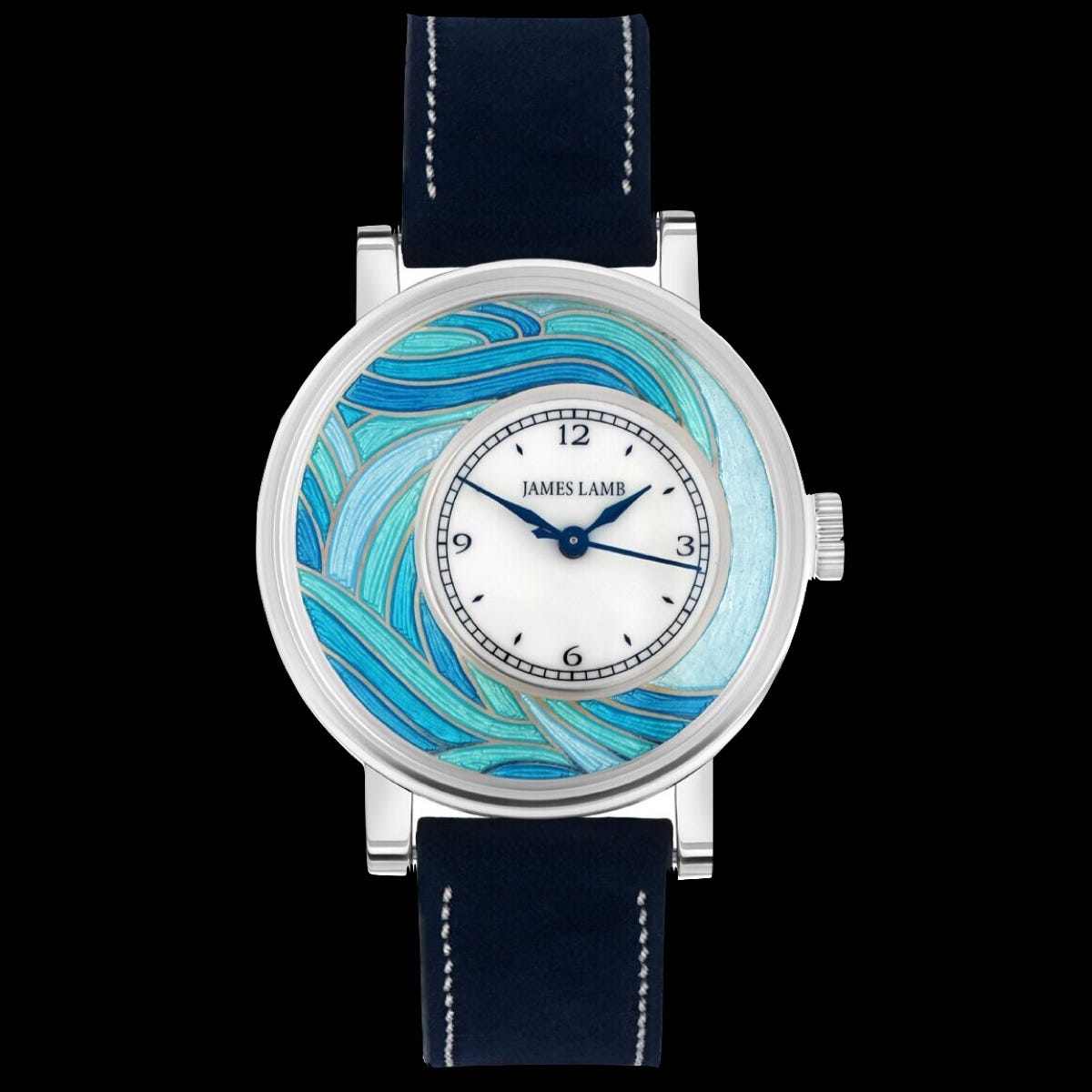 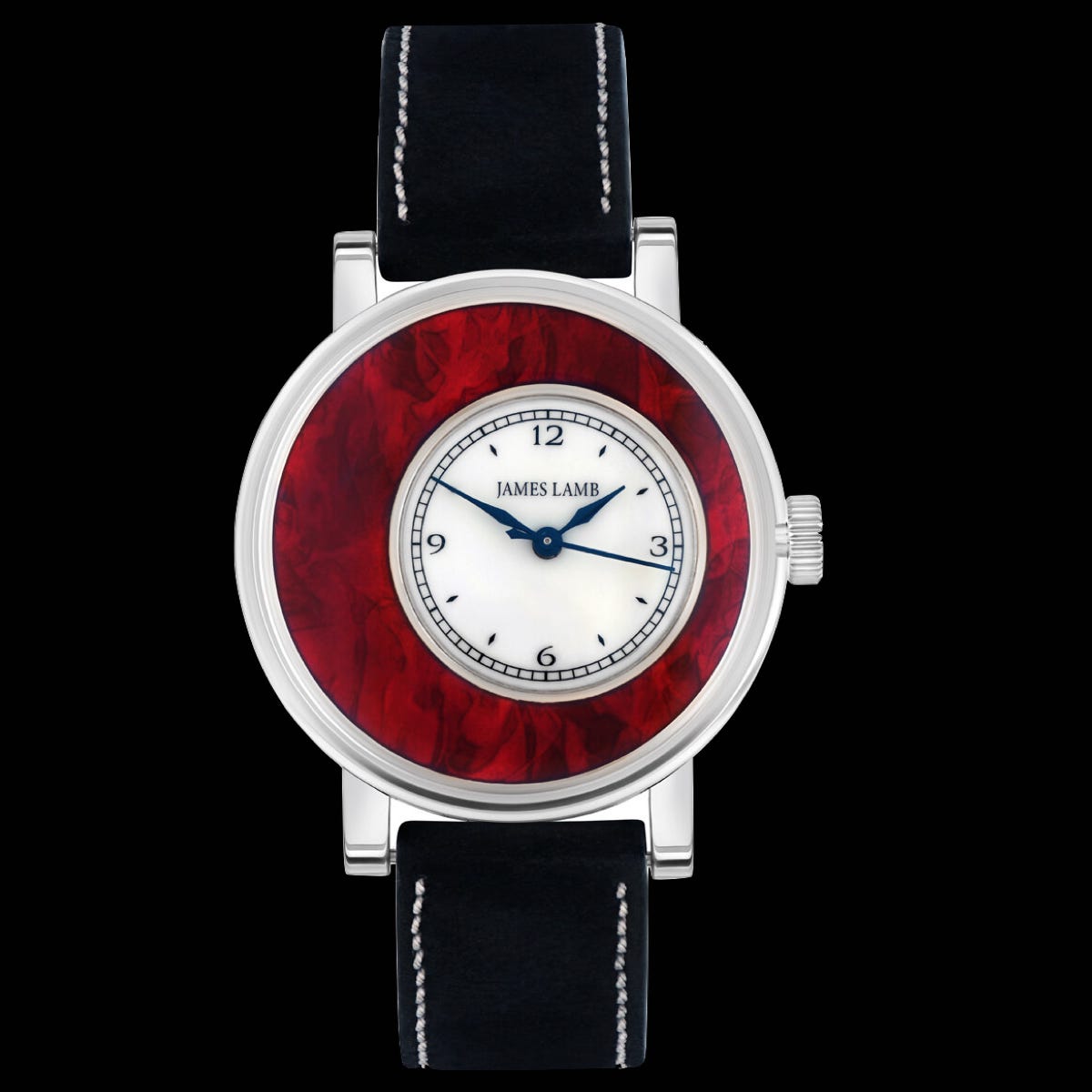 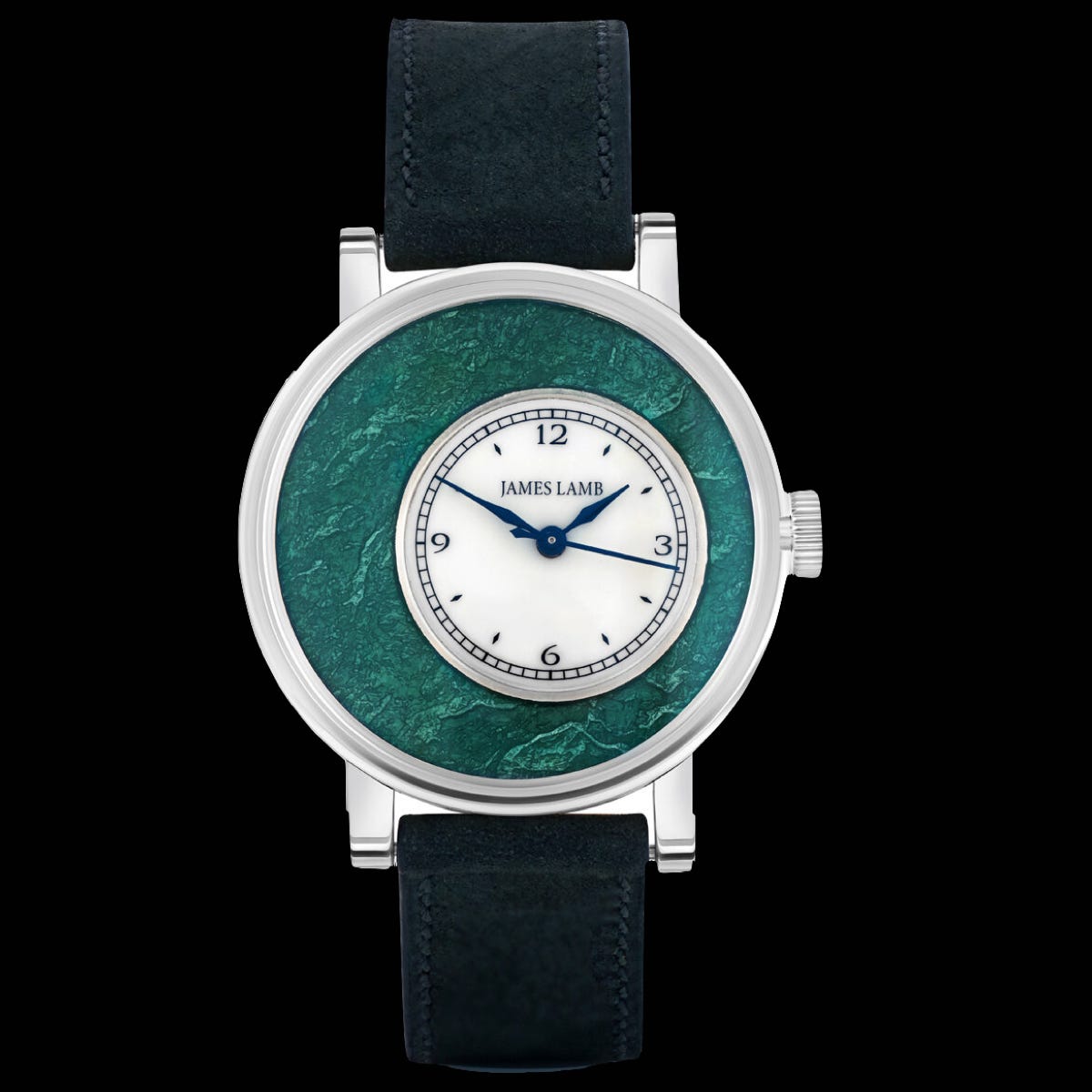