Featuring six sapphire crystals, enclosed within a minimalist Grade 5 Titanium frame, the Hautlence Vortex 01 enables an unrestricted view of the components which make up its avant-garde architecture.  Contained within this showcase housing, a triple-patented calibre brings power to visually stunning time indications.  Unique in every respect, this is a standout piece with a powerful wrist presence.

The piece comes in a remarkable 52mm x 50mm Grade 5 Titanium watchcase.  Transforming it into a three-dimensional sculpture, six sapphire crystals, each meticulously produced using a process of multi-axis grinding, envelope the entire watch, flooding the case with natural light.

The dial comprises of layered sapphire elements ensuring a complete exposé.  A substantial retrograde minutes indication dominates.  At its centre is a logo-inscribed hub. At first this appears to be simply representative of the company’s emblem.  However, the instant the arrow-headed minutes hand has reached the 60-minute mark the central hub spins, seemingly out of control, for an astounding 48 high-speed revolutions, after which it comes to an abrupt halt.

Although this flurry of activity is a compelling feature, it plays an important functional role in the regulation of the pace of the signature Hautlence half-trailing hour display.

Taking up position on the left, the hour display comprises of white Super-LumiNova® accented digits, printed onto individual pallets on a twelve-link track. As they progress along the chain driven mechanism, they do so at a satisfyingly moderate pace, and as the new hour replaces the old, the slow-motion transition of the change-over, which takes 3-4 seconds, has an eye-pleasing, poetic quality.

Adding to this impressive façade, the entire balance and escapement assembly is mounted on a mobile bridge.  Rotating in sync with the half-trailing hour mechanism it passes through 60° each time, rotating four times every 24 hours.  The pirouette of this fascinating composition is enhanced by a black rubber strap, which is placed diagonally around the escapement.

The piece is powered by the in-house Hautlence calibre, which beats at 18,000vph.  The movement utilises two barrels - a primary barrel which is fed directly from the automatic winding system which then distributes power to a secondary barrel keeping it fully wound, so that the optimal level of energy is available to enable the hour change. The wearer can keep check on the impressive 40 hour power reserve via a graduated indicator to the right of the retrograde minutes display.

Despite its contemporary aesthetics, the in-house Hautlence Calibre which equips the watch has been decorated to Haute Horlogerie standards, with meticulous satin-brushed, hand-bevelling and mirror-polished elements. This fine finishing is revealed through the rear sapphire, where one can also appreciate the reverse perspective of the hour pallets and the mobile bridge.

A limited edition release of 88 pieces, the Hautlence Vortex 01 comes with strap options of Louisiana alligator leather, crocodile leather with red topstitching and black rubber. Each secures to the wrist with a Titanium and Palladium folding clasp. 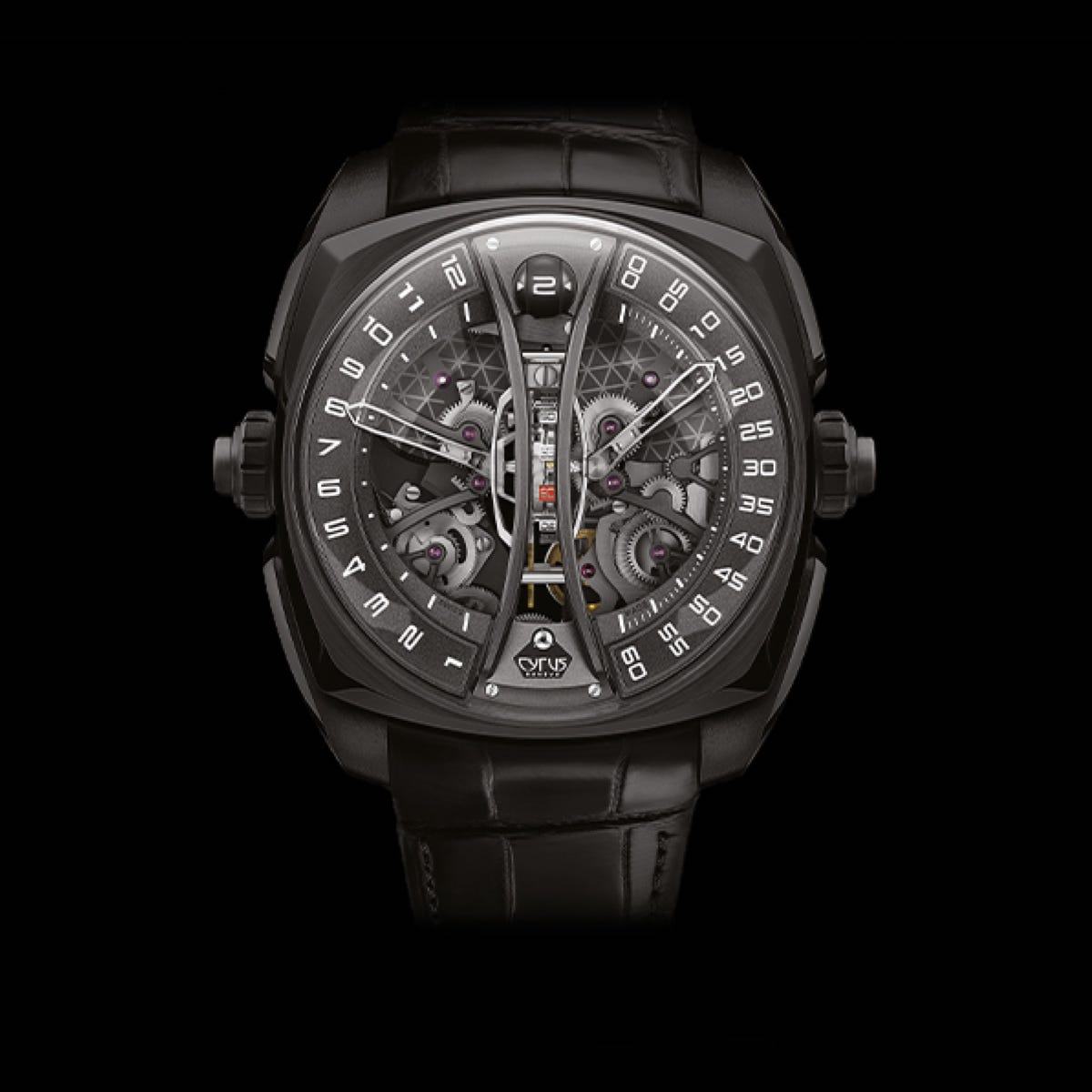 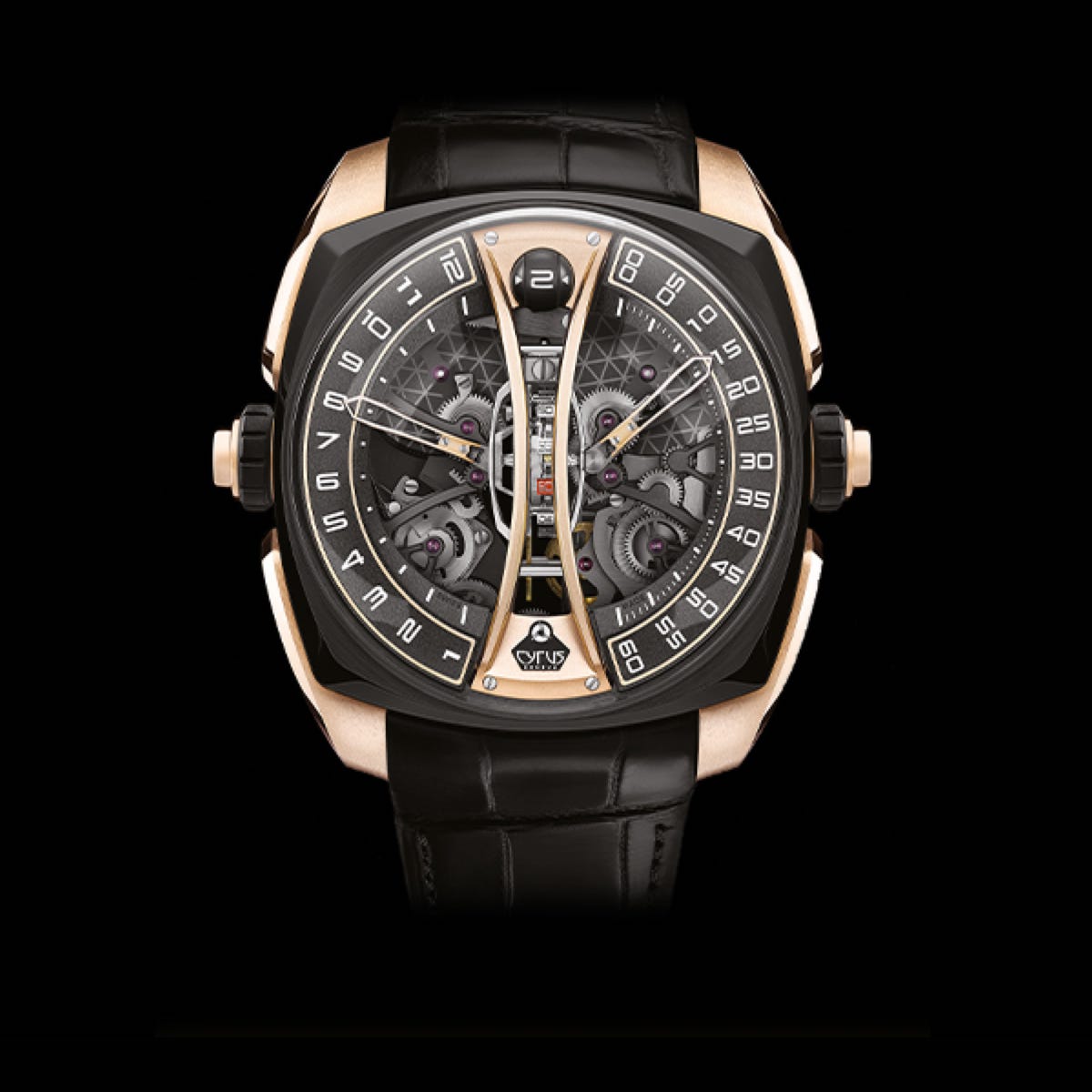