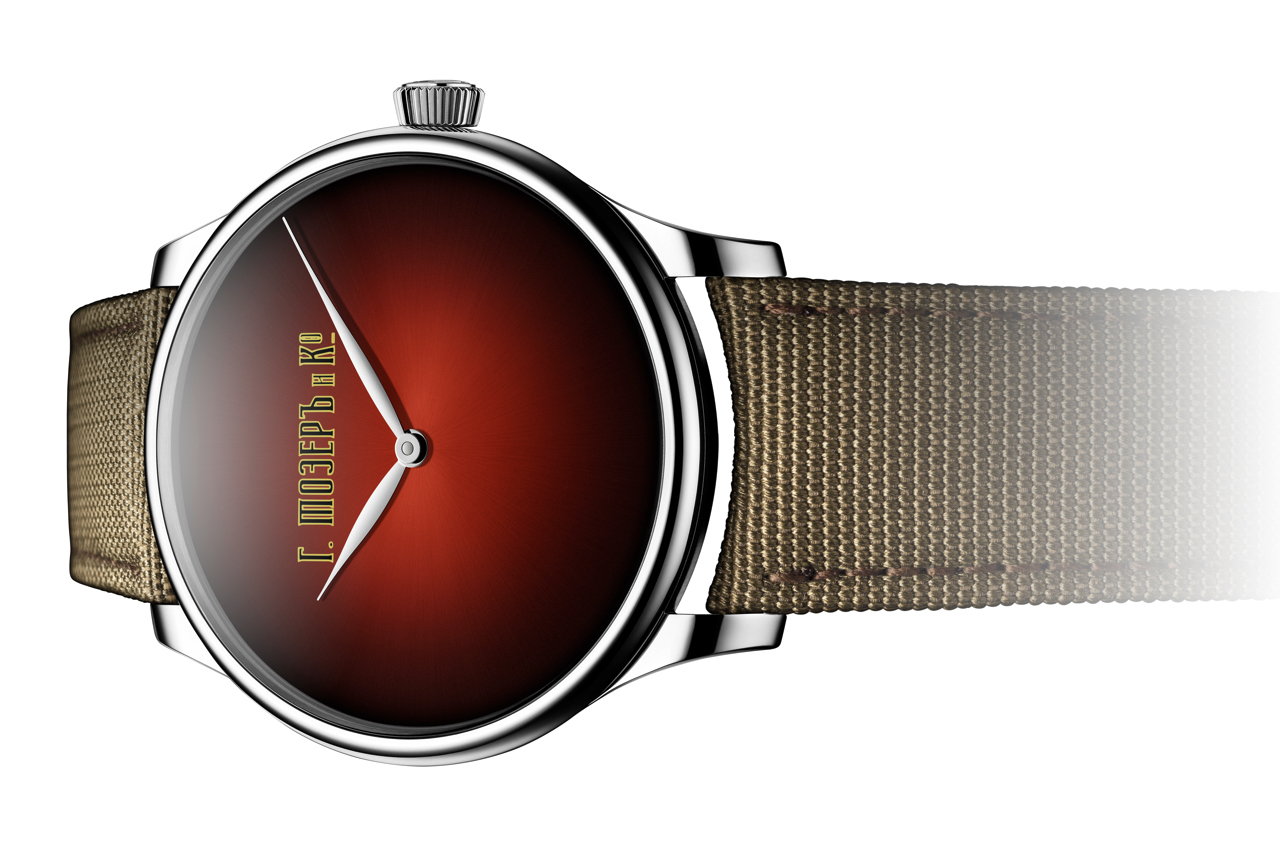 With its unusual Cyrillic gold lettering and intense red dial, the H. Moser & Cie. Venturer XL Concept Stoletniy Krasniy might appear to be something of an anomaly in terms of pure Swiss watchmaking, yet behind its clear Russian overtones lies an authentic connection between the two countries and in particular an entwined legacy between watchmaker and state.

If today’s H. Moser is almost obsessively Swiss, championing the cause for local manufacturing and talent in its unique and distinctive way, it’s only because right back at its founding in 1828, the unlikely location where it all began was the city of Saint Petersburg, when Heinrich Moser established his business which would go on to become part of the fabric of Russian society, thanks to his company’s reputation for high quality timepieces.

Almost a century later, following the 1917 October Revolution, the company, its assets and facilities were nationalised, and although it marks a tumultuous time in the H. Moser & Cie. history, the Venturer XL Concept Stoletniy Krasniy not only commemorates the events of that time but also the very first time that the marque would return to the Russian market in one hundred years.

A round 43mm case of polished stainless steel with signed fluted crown features a domed sapphire crystal, beneath which the red fumé dial almost glows. With no markings other than the gold Cyrillic lettering, and long shapely leaf hands, its light-catching sunray finish has a magnificent but stark beauty.

Inside beats Moser’s manufacture calibre HMC 327 manual winding movement, which is entirely created in house. Viewed through the sapphire caseback, the surface of the movement plates are painstakingly hand decorated in Côtes de Genève, and signed off with gold H. Moser crest and detail. The rubies are bedded in mirror-polished chatons, and at its heart is Moser’s own modular regulating organ and balance with Straumann hairspring.

Immaculately appointed throughout, and as cool as they come, the Venturer XL Concept Stoletniy Krasniy is manufactured in only seventeen examples. It is presented on an aged olive green NATO strap and secured with a pin buckle.