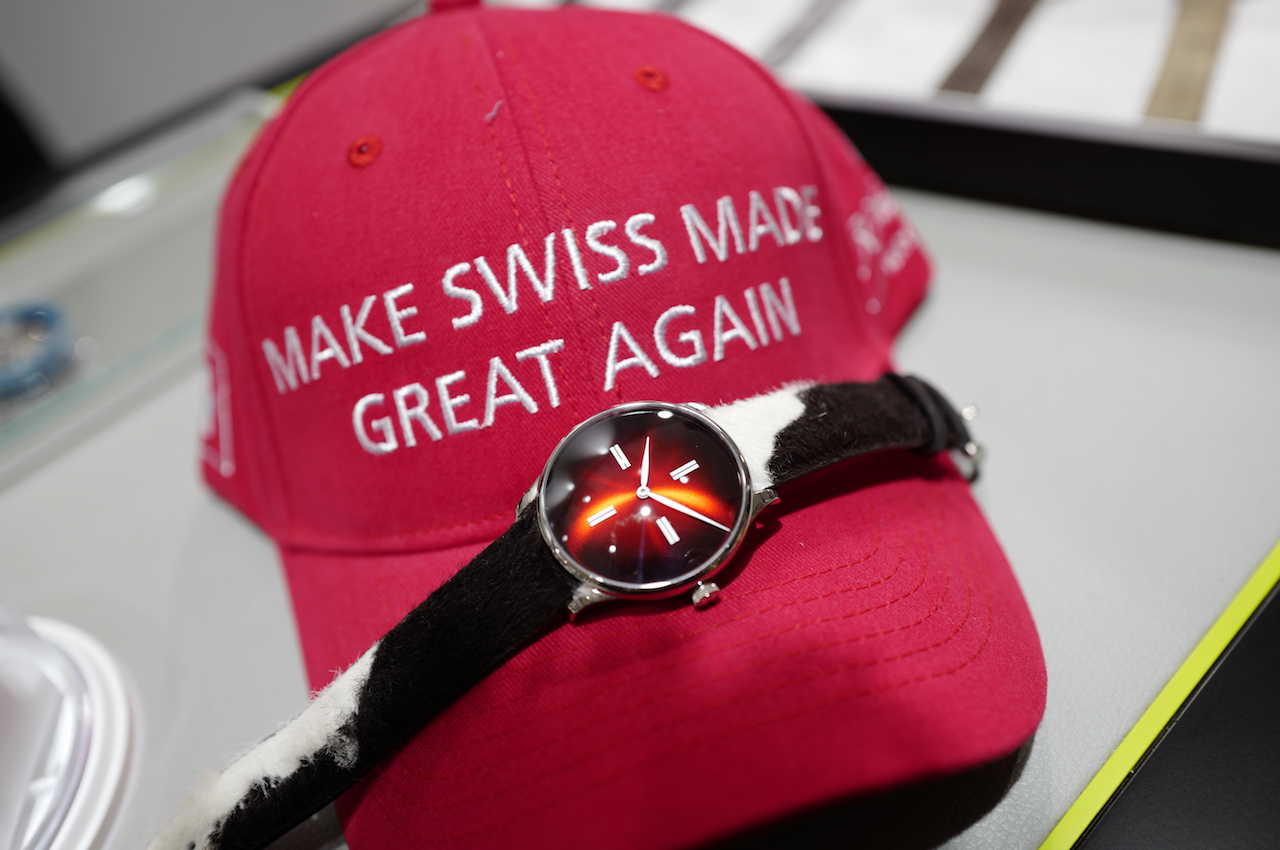 Certainly one of the most talked about novelties in early 2017 was the highly unique Swiss Mad by H. Moser & Cie. With a case made of resin preserved genuine Swiss cheese, it was a strange and in fact tongue-in-cheek piece, but behind the humour was a serious piece, created to deliver a strong and defiant message about the Swiss watch industry, and the use of the words ‘Swiss Made’ on the dials.

With only 60% of a ‘Swiss’ watch now requiring Swiss made components to qualify to use that famous couplet, which for decades has come to signify unfaltering quality, and masterful standards of workmanship, H. Moser’s owners believe that such a low barrier is wide open to abuse, and have decided that these connotations are no longer assured by its use, and to underline their stance, have created a special edition which is no less than 100% Swiss.

The Venturer Swiss Mad could not be more Swiss, as it is entirely manufactured in Swiss workshops, using Swiss made components, by Swiss watchmakers. With clever positioning of the quarter hour markers, against a red fumé dial, It even sports the Swiss national flag!

However, unlike its unique attention-grabbing sibling, the Venturer Swiss Mad is no quirky amuse-bouche. All of the exacting technical and production standards which one would expect from a piece from this high end, vanguard brand are present.

A beautifully put together watch, every element is manufactured, finished and assembled by hand. The mechanicals are produced in house to their own exacting and uncompromising standards, using the same traditional watchmaking, finishing and decorative techniques, which the brand is refusing to relinquish. As with any H. Moser piece, the Venturer Swiss Mad is an exceptional wristwatch.

The gentle curvature of the 18Kt white gold convex case lines are graceful and flowing. Underneath the sapphire crystal, H. Moser’s signature fumé dial is red, and with the four white lacquered quarter-hour markers closely grouped in the centre of the dial, the Swiss national flag is represented, in a clever, subtle and tasteful way. To achieve the objective of creating a truly 100% Swiss made piece, the strap is made from locally raised cow hide, and so no two can be the same. All things aesthetic combined, it probably shouldn’t work, but it absolutely does.

Within beats Moser’s manufacture calibre HMC 327 manual winding perpetual moon phase movement, which is entirely created in house. Viewed through the sapphire caseback, the surface of the movement plates painstakingly hand decorated in Côte de Genève are revealed, with gold H. Moser crest and detail. The rubies are bedded in mirror-polished chatons, and at its heart is Moser’s own regulating organ and balance with Straumann hairspring, next to the three day power reserve indicator, which is displayed here on the movement side too.