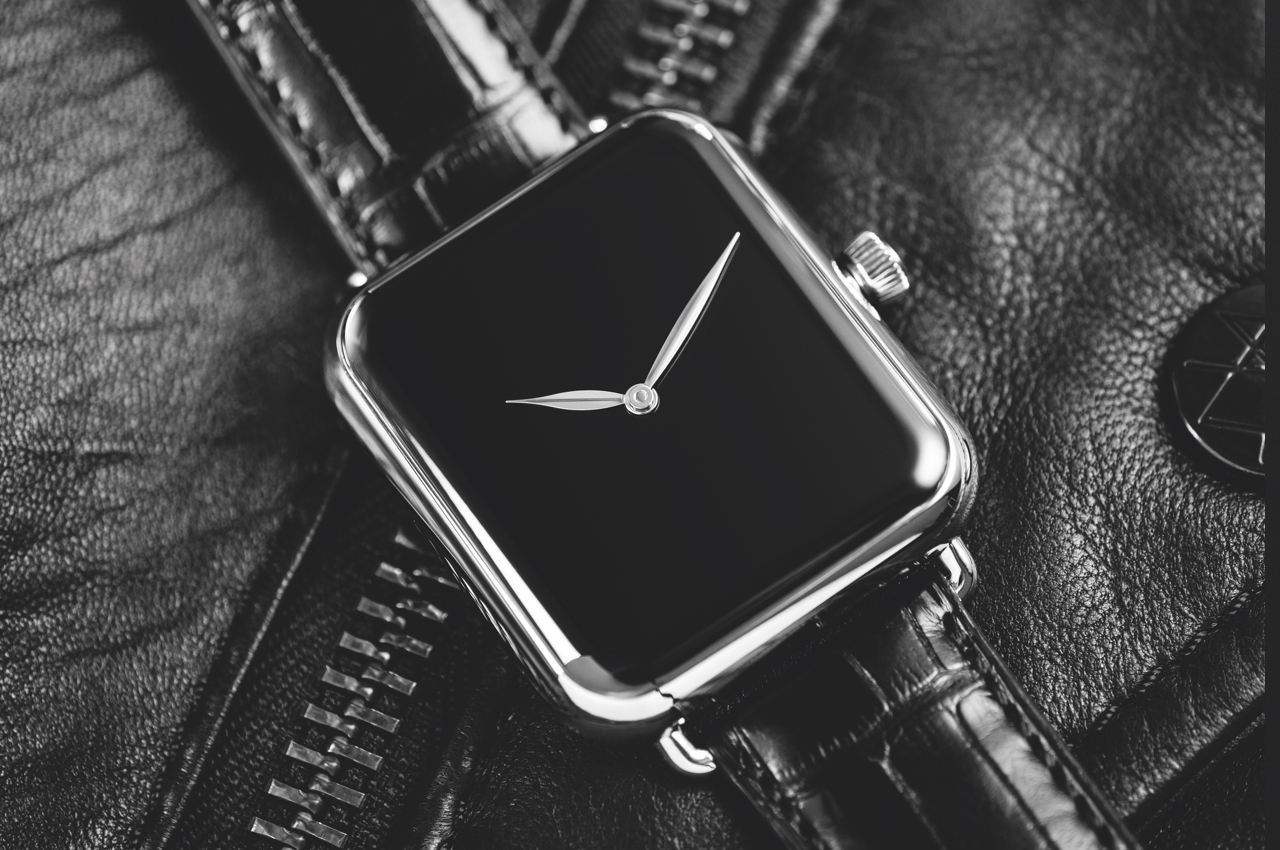 In the world of luxury watches, it’s unusual to find much in the way of good humoured mischief, but with its Swiss Alp Watch Zzzz, H. Moser & Cie. takes a playful jibe at the leading Smart Watch manufacturer, cleverly disguising a beautiful hand manufactured mechanical 100% Swiss movement in a case and style which might well deceive the eye.

Undaunted by the arrival of the wrist-borne connected devices, which, since the invention of its hand held cousins was always inevitable, the small Schaffhausen based high-end watch company’s response has been to turn the tables and take inspiration from the Apple Watch, and the ‘connection’ isn’t hard to see, but then it was never supposed to be.

Glossy, sleek and austere, the Swiss Alp Watch Zzzz is designed to raise a smile, as its featureless jet black dial and long, leaf-shaped hands convincingly create the illusion of a smartwatch idling on standby: on a blacked-out background, the hands appear to float beneath the crystal. Unthinkable to most brands, H. Moser have no problem resisting the urge to make sure its name is prominently placed on the dial, and even without, there’s no mistaking the brand’s distinctive dna.

Its rectangular case with rounded-off corners and central crown is manufactured in 18Kt white gold and polished to a sheen, while the flat sapphire rises above with rounded sides, resulting in a smooth, angle-less profile, and at 38.2mm x 44mm it is quite large comparatively, although by no means overly so.

Inside beats Moser’s manufacture calibre HMC 324 rectangular manual winding movement, which is entirely created in-house. Viewed through the sapphire case-back, the surface of the movement plates painstakingly hand decorated in Côtes de Genève are revealed, and signed off with gold H. Moser crest and detail. The rubies are bedded in mirror-polished chatons, and at its heart is Moser’s own modular regulating organ and balance with Straumann hairspring.

It is presented on a black alligator leather strap and secured with a white gold folding clasp.