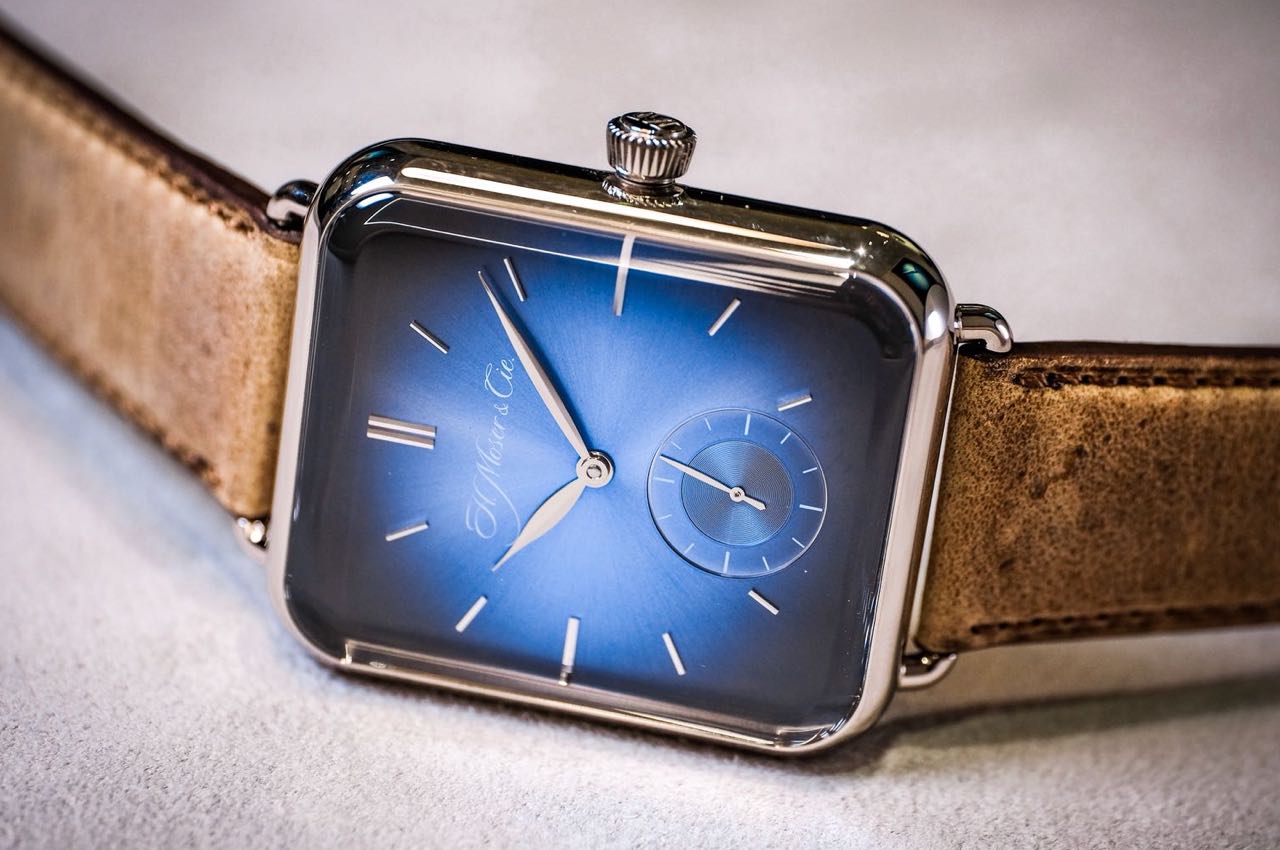 While many Swiss watch companies may have looked the other way as the dawn was breaking over a new age of connected wristwatch, in its own unique and always irreverent way the family-owned H. Moser & Cie instead embraced the new and taken it as inspiration for a collection of uber cool watches, using some familiar cues and combining those with its exceptional high-grade mechanical watchmaking.

They even called it the Alp Watch, and it’s not too hard to see why. Drawing much of its design influence from the highest profile of all smartwatches, H. Moser has cleverly and amusingly created this collection to have a little fun at the newcomers, while very seriously demonstrating what the idea of a smartwatch means to them.

The Swiss Alp Watch is encased in a rectangular case, its straight lines tempered with rounded corners and a curved bezel, but the similarities end there. It’s a beautifully engineered case, and that same meticulous attention to detail is evident throughout the watch.

Beneath its flat sapphire crystal, the dial is done in the Moser Funky Blue, a graduating effect which is accentuated even more thanks to the metallic sunray brushed finish, which catches the light with every flick of the wrist. The dial is completely bereft of any markings; no logo, no hour indices and, as is the way now with Moser whose watches boast more than 95% Swiss component value, no declaration of Swiss Made either,

Matched with the light tan kudo leather strap, the color scheme has a cool, casual look, perfect for those dressed-down work days or relaxing at the weekends. It’s a look that H. Moser have captured so well, and while there are no markings of any kind to interfere with the purity of the overall effect of the watch, it is instantly recognisable as a Moser.

Inside beats Moser’s manufacture calibre HMC 324 rectangular manual winding movement, which is entirely created in-house. Viewed through the sapphire caseback, the surface of the movement plates painstakingly hand decorated in Côtes de Genève are revealed, and signed off with gold H. Moser crest and detail. The rubies are bedded in mirror-polished chatons, and at its heart is Moser’s own modular regulating organ and balance with double hairspring.