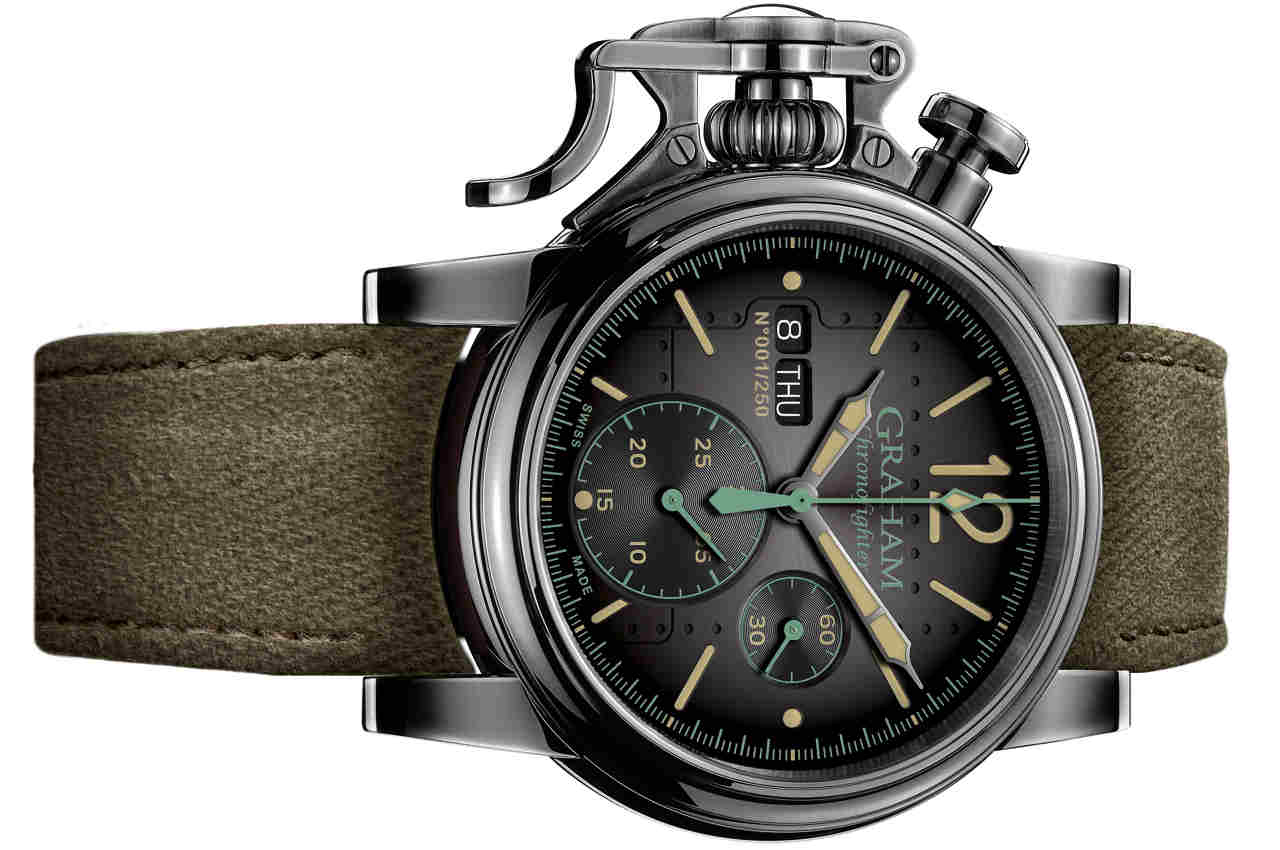 With its uncompromising design, the Graham Chronofighter has become one of the most distinctive and eye-catching watches produced by any company in recent times. Thanks to its distinctive trigger assembly, which at the same time activates the chronograph function and also secures and protects the crown, it is a watch with loads of character and a massive presence on the wrist.

The Chronofighter Vintage Aircraft limited edition faithfully recalls a golden era of aviation, from its 44mm aged stainless steel case right down to the riveted panelling of the dial, which for many years was the commonly used method of aircraft fuselage construction.

Of course, the most outstanding feature of the Chronofighter series is its pronounced articulated trigger and the piston reset pusher, which are located on the left of the case, making their use sure and quick using the thumb and forefinger. With its dulled steel hue and compressed onion crown the Vintage Aircraft’s setting mechanism takes on a steampunk appearance, and the polished rounded bezel adds to the period feel of this cracking piece.

Beneath the sapphire crystal, the combination of beige Super LumiNova numerals, hour indices and hands, and the pale green markers and Chrono pointers makes for a cool contrast against the grey dial with its riveted fuselage-style panels which fade to a lighter shade towards its centre.

A pair of recessed subdials at the 3 and the 6 o’clock positions house the small constant seconds and the 30-minute Chrono counter, and separate windows at the 9 open on the day and date characters.

Inside beats the G1747 automatic self-winding movement, although it is securely packaged away and out of sight behind the steel case back which features the image of an RAF Halifax aircraft. Fully wound the movement will run for 48 hours, although of course, any movement on the wrist keeps the power reserve topped up.

The aged green cotton fabric strap is weathered to perpetuate the running theme of age to superb effect. Soft and faded, it is comfortable and it secures via a titanium pin buckle.