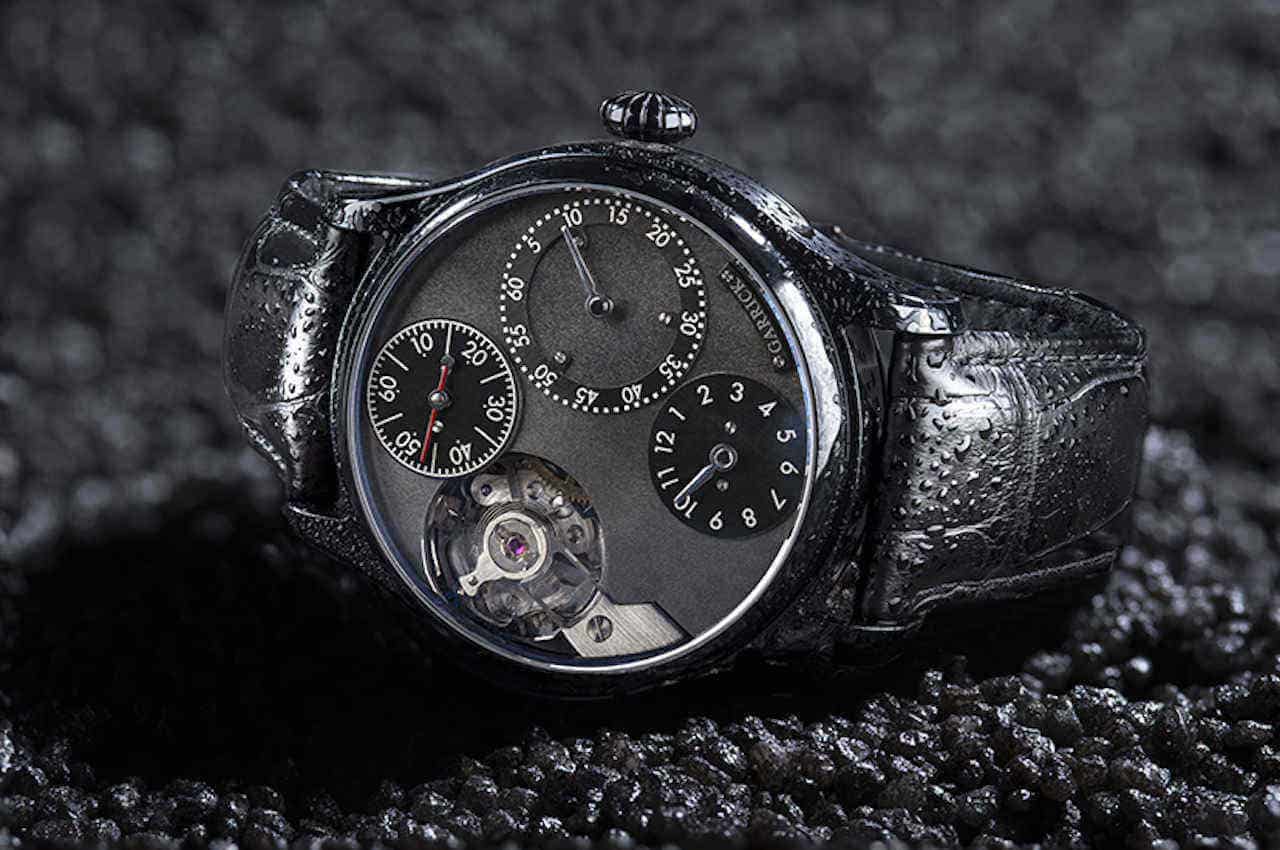 Inspired by a legacy of horologic innovation, Garrick is a watch company which has risen to remind the world that once upon a time, while the fine art of mechanical timekeeping was still establishing its fundamental principles, English watchmaking was at the fore.

Under the direction of its founder David Brailsford, his young company Garrick embodies this proud national heritage, with many of the components including dials, hands, crowns as well as the beautiful free sprung balance being manufactured using time honoured techniques under the roof of the Garrick atelier. The results have been worth the effort, and its hand crafted collections have been making a big impression among watch enthusiasts around the world, thanks to unique styling and meticulous attention to detailing, as the noble art of traditional English watchmaking is given new life.

On top of a flat rhodium plated, graphite coloured bottom dial, its hours, minutes and seconds are individually displayed across the three small dials, with a red pointer indicating the seconds, a disc for the minutes near the 3 o’clock, and the twelve hours at the six. This layout represents something of a departure from traditional regulator configuration, which typically features one central minute's pointer, with only one or two subdials, the Garrick approach delivers time which can be appreciated in its component form. Complementing this engaging display is, of course, the mesmerising pulsing of the exposed free sprung balance where the dial is cut away and the soul of the mechanism is revealed..

The Garrick Regulator is manufactured in a rounded 43mm stainless steel case, which features sweeping lugs which follow contours of the case, and a magnificent onion shaped crown with deep and tactile fluting. Sapphire crystals top and beneath ensure that every nuance of this beautiful piece is visible.

Inside beats the manual winding SM001 movement, which is based on a Swiss Unitas calibre, but with in-house modifications including a new gear train, the free sprung balance wheel, and hand finishing. At 18,000 vph it is a leisurely beat, and fully wound, it is good for 42 hours of reserve. A sapphire case back reveals the very English styling seen via the movement’s frosted plates with polished beveled edging and its blued steel screws seated within polished chamfers.

Garrick may be a new kid on the block, but as seen here in the Regulator, its modern twist on age old tradition demonstrates a maturity beyond its years.