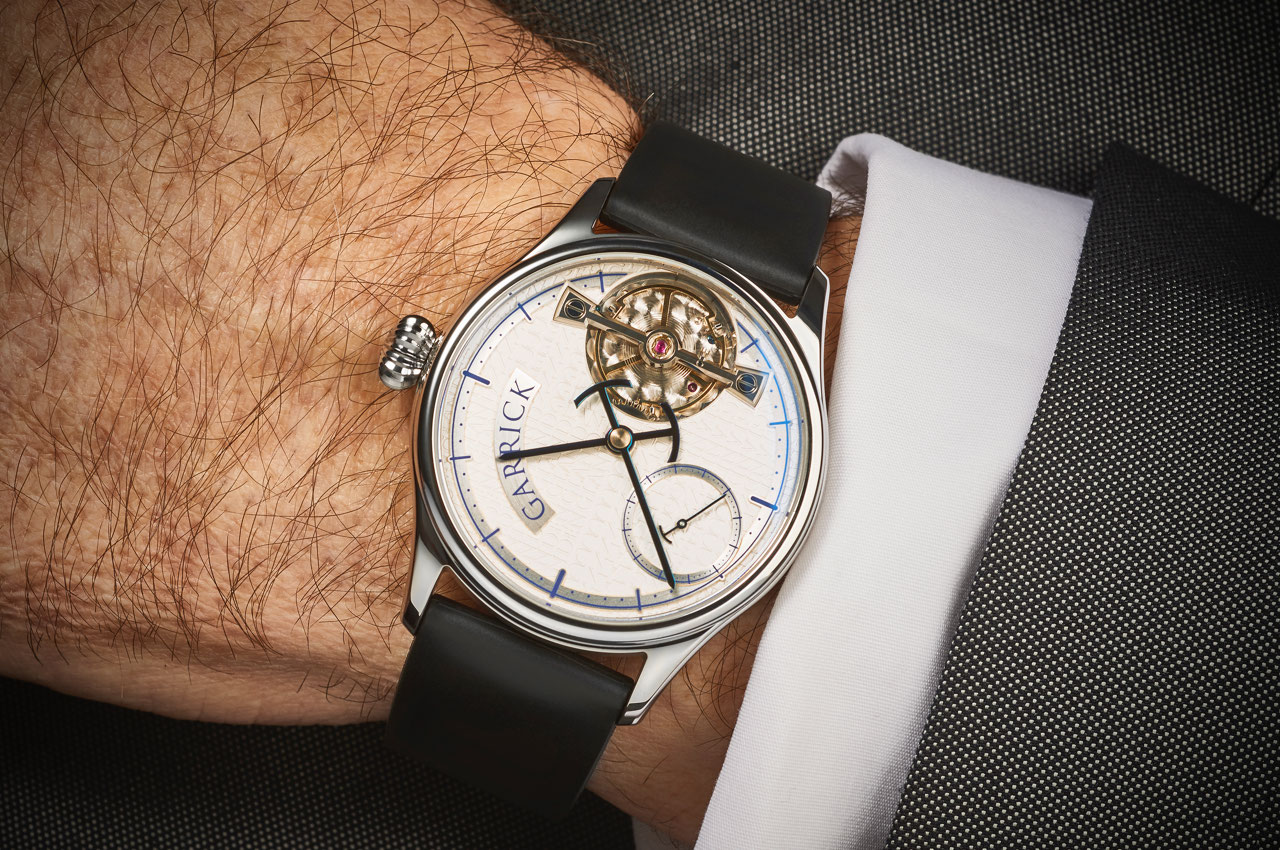 Although Garrick may be a relatively new company, its entire raison d’être is inspired by an almost forgotten history of English watchmaking, which has long been dormant. Apart from the late great George Daniels, and currently Roger W Smith, few have been able to uphold a once world-renowned watchmaking industry, which in its heyday was the centre of watch manufacturing as wealthy traders converged on London’s quaysides and markets, bringing commissions to the city’s top horologists, flush with their lucrative profits.

Despite such a rich and proud historical legacy, true English watchmaking has had little real impetus in the modern world, so founder and owner David Brailsford have picked up the mantle to patriotically vanguard a new era, creating Garrick very much in its own image. Using traditional finishing and manufacturing tools, and painstaking old-school techniques which give each watch so much character, his Garrick watches retain many of the design attributes which made it different to watchmaking elsewhere in France and Switzerland.

Right from first sight, the Garrick Portsmouth is clearly a special piece which captures much of that history. A superb handmade wristwatch, its classical features, such as the beautiful engine turned guilloché dial, the flame blued steel hands and beveled steel balance bridge all add to its signature aesthetics, and all handmade and finished by Garrick in the UK.

At 42mm the Portsmouth is sized for modern tastes; it’s not too small and not overly large, and at just 10mm tall, with curvaceous lugs which extend the contours of the case, it is slender and comfortable on the wrist. Encased in polished stainless steel, and set off by an onion-shaped crown with deep fluting, it is an elegant and very individual wristwatch, it’s reserved but brimming with handcrafted detail.

Beneath the sapphire crystal, the eye immediately falls to the big exposed free-sprung balance wheel, whose steady pulsing dominates the lower half of the dial, secured from the mirror polished balance bridge above. The close detailing of the guilloché dial and the overlying chapter ring with small seconds, underscores an uncompromising approach to the standards of workmanship, and it is evident throughout. The shape of the hands with their ‘anchor’ is inspired by early English marine chronometers, and although not universally used, have become one of the Garrick signature cues.

Inside the Portsmouth, the UT-G01 hand winding movement has been designed and manufactured jointly in collaboration with Swiss concept specialist UhrTeil, which is owned and led by one of independent watchmaking’s most revered and talented innovators, Andreas Strehler. All finishing, decoration, and assembly is carried out in the UK by Garrick, with many parts, including the free sprung balance, hands, crown and bridges produced entirely in-house, and so its design and execution has remained faithful to traditional English movements, and its frosted bridges and plates with bevelled edges are revealed through the sapphire case back.

With no concession to convenience or cost of production, there are no off the shelf shortcuts, and in the Portsmouth, Garrick have created a piece which celebrates its heritage with captivating good looks and technical excellence.