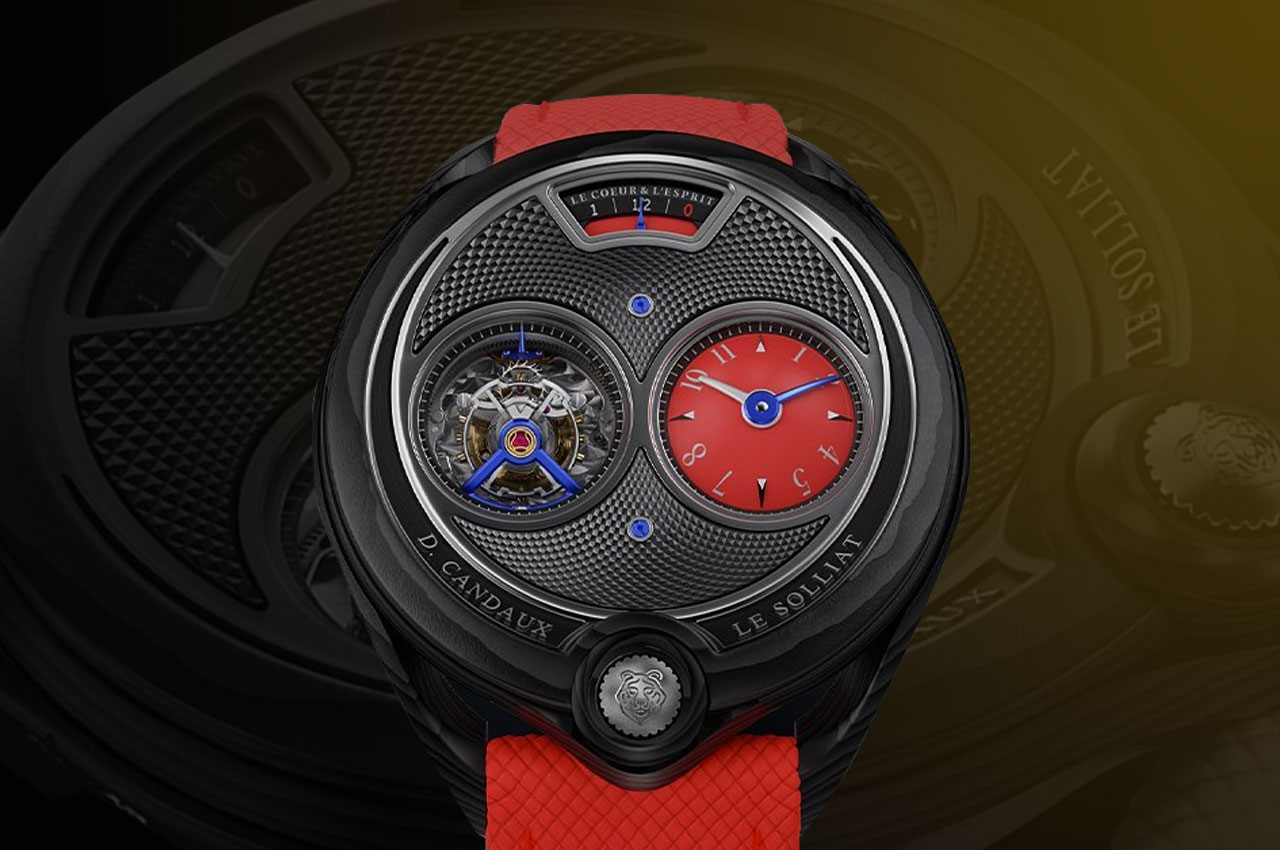 An astonishing watch which defies convention in almost every regard, the D Candaux DC6 Red Phantom by independent master watchmaker David Candaux perpetuates the traditional values of classical artisanal watchmaking, in a breathtaking piece of contemporary mechanical haute horlogerie. In an elaborate case constructed in dark and brooding high tech composite material, and accented by vivid red, it is a very modern interpretation of a centuries old craft whose fundamentals remain largely intact today.

Marking his arrival as a true thoroughbred independent in 2018 with his head turning debut named 1740 The First 8, this remarkable talent’s concept has continued to evolve. The DC6 Red Phantom is the latest in a series of magnificent hand crafted wristwatches, each with a completely original perspective on how the time is displayed, and with breathtaking complexity, encased in a dark and brooding case of ultra-lightweight forged carbon fibre the Red Phantom takes the novel and beautifully engineered design off in a cool, high-tech direction to devastating effect.

The hours and minutes are displayed on a domed bright red dial, with blued hands and applied arabic numerals. Although taking up only a small portion of the face of the watch, the time is still easily legible. Adjacent, the unique Bi-plan flying tourbillon is offset at an incline of 30ª. Within its round aperture, it rotates every sixty seconds, and a little blue pointer indicates the seconds while the tiny mechanism revolves on its axis. At the top of the dial a curved letterbox aperture shows the power reserve.

Presented on a bright red rubber strap with folding clasp, the DC6 Red Phantom by David Candaux is a modern-day marvel of micro-mechanical engineering and high tech composites materials, and an outstanding exemplar of the very highest standards of traditional haute horlogerie in independent watchmaking.