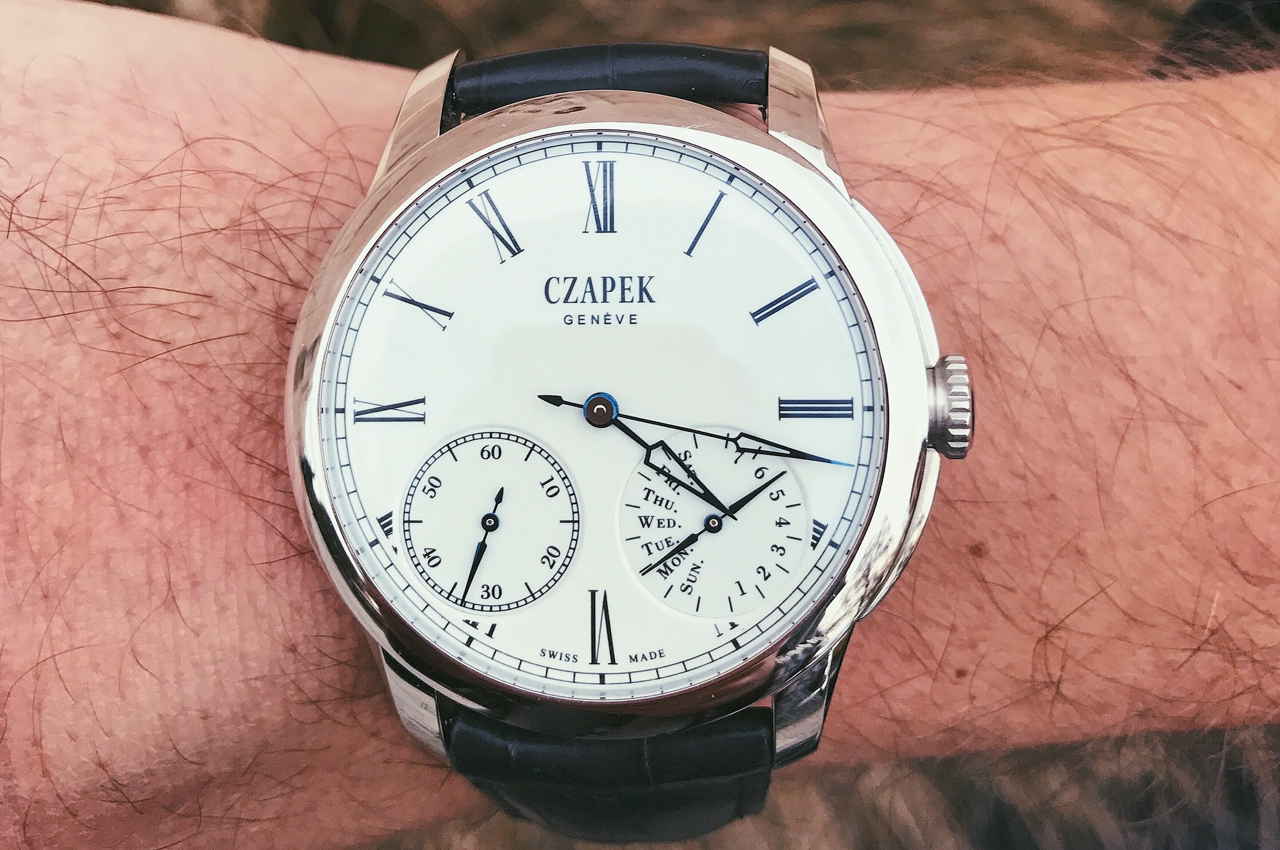 Unquestionably one of the talking points in the world of the watch collector in recent times has been the reappearance of the Czapek name as it makes space for itself at the table of the highest echelons in watchmaking. Enthusiastically welcomed by critics and insiders alike, with a collection of astonishingly beautiful watches, Czapek are a faithful reimagining of the work of an 18th century master, whose pocket watches once graced the courts of Europe’s elite.

More than simply reviving the historically important Czapek name in 2015, its new owners have demonstrated their commitment to the same, most exacting standards of workmanship, which symbolised the craft of the Geneva based watchmaker almost two centuries back, and this pursuit of perfection encompasses every aspect of each and every piece they manufacture.

The first collection to emerge is a passionate tribute to the early pocket watches, capturing not only an unmistakable Czapek lineage, but also naming the collection after the address of the atelier in which they were painstakingly made long before the advent of labour saving powered tools.

The Czapek Quai des Bergues N°29 takes the c.1850 model 3430 pocket watch for its inspiration, and gives it a sympathetic makeover, which combines age-old traditional methods and materials with a brand new, bespoke and contemporary hand made movement.

A round 42.5mm 1N white gold case houses a domed sapphire crystal, beneath which the unique, glassy lustre of a white Grand Feu enamelled dial also domes gently. Hand painted extended roman numerals and the fine hair strokes of the segmented minutes track around its edge, give the dial a wonderfully uncluttered appearance, and with the enamel’s naturally light reflecting qualities, add to the watch’s air of sophisticated gravitas.

Just inset from the 4 and 7, a pair of recessed subdials accommodates the shared weekday/power reserve and small offset seconds displays. The oxidised blued steel hands have pronounced spear tips and provide a subtle but beautiful contrast to the white dial.

Of course for Czapek, the beauty is much more than skin deep, and to power the magnificent Quai des Bergues N°29, a bespoke movement was designed and created by one of the most revered horologists of our time, Jean François Mojon. From its two barrels the SXH1 Caliber manual winding movement derives an impressive seven days of power reserve. A sapphire caseback reveals the mechanical heartbeat and its finishing which is as exquisite as on the other parts of the watch.