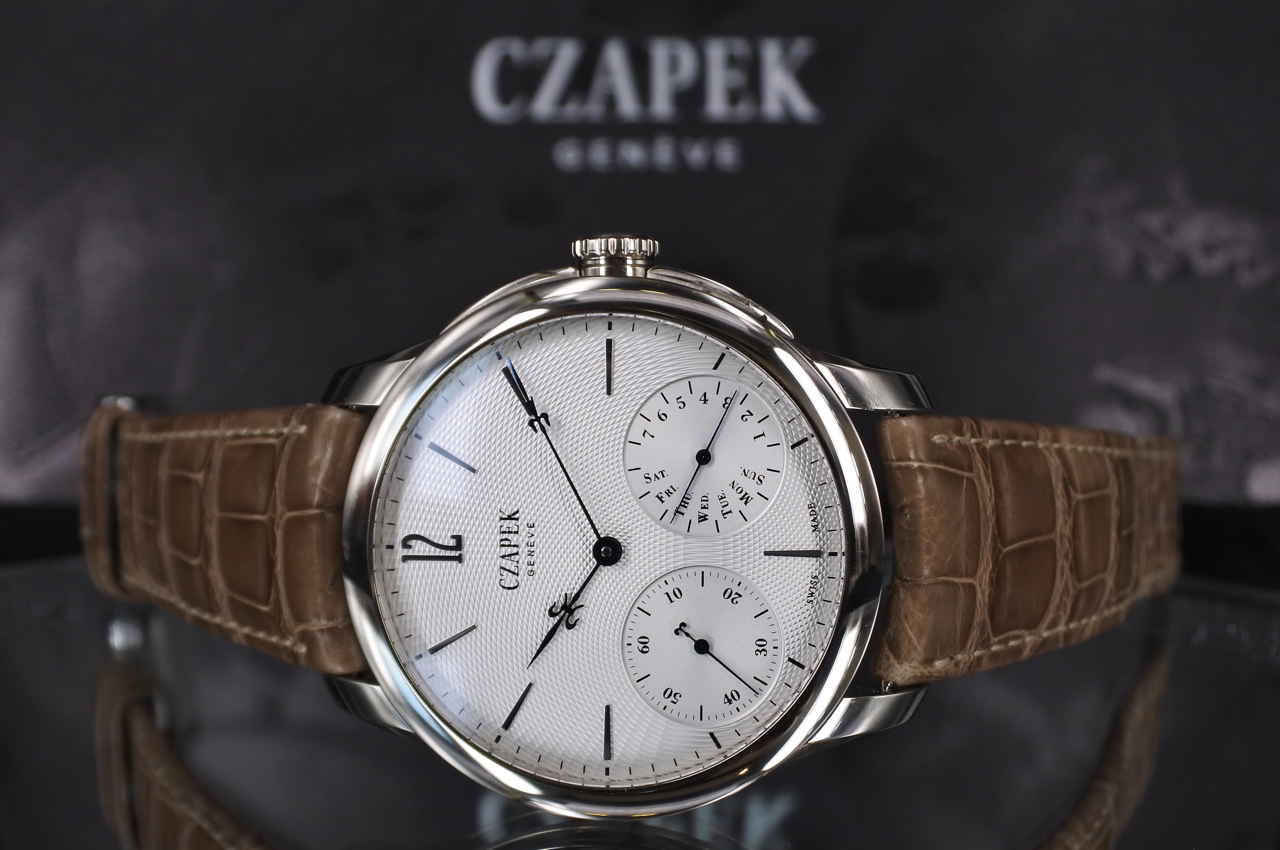 The Czapek Quai des Bergues Guilloché Sea Salt Grey is a stunning limited edition wristwatch which celebrates a remarkable story of revival from a historically important watch company, which until its revival in 2015, had lain dormant for almost two centuries.

Back in the mid-1800s, the Czapek name was associated with horology of the very highest merit. Founded in Geneva by Francois Czapek, the master watchmaker’s reputation saw his magnificent pocket watches in demand by European society’s elite in his day. He had been an illustrious career, which included a six-year partnership with Antoni Patek, who would go on to establish the greatest name in the annals of horology, but on Czapek’s passing, his company and his name died with him.

However his watches were both beautiful and masterfully made, and too important to be consigned to the history books, so when in 2015, a new generation of Czapek watches was revealed, the inspiration of the model 3430 pocket watch of c.1850 on the new Quai des Bergues wristwatch collection, which could aptly be described as a true modern classic, was immediately obvious.

Almost identical in spirit to the pocket watch which inspired it, the Quai des Bergues’ silvery-grey hand guilloché dial employs decorative techniques originally used by Czapek, and features a pair of decentralised subdials near the 4 and the 7 o’clock positions on which the small constant seconds and a shared weekday/seven-day power reserve indicator are positioned. An unusual feature today, back when the model 3430 was made it was a tradition to wind once a week, on a Sunday after mass, and the seven-day reserve would, therefore, correlate to the days of the week, and in retaining this function Czapek have stayed true to the original.

With such labored attention to detail throughout, the beauty is much more than skin deep, and to power the magnificent Quai des Bergues N°29, a bespoke movement was designed and created by one of the most revered horologists of our time, Jean François Mojon and his Chronode atelier. From its two barrels, the SXH1 Caliber manual winding movement derives an impressive seven days of power reserve, which again is representative of the original pocket watch. A sapphire caseback reveals its beating mechanical heart, and with anglage main hand finishing around the edges of its plates and bridges, the movement is as exquisite, and the workmanship as masterful as on every other aspect of the watch.