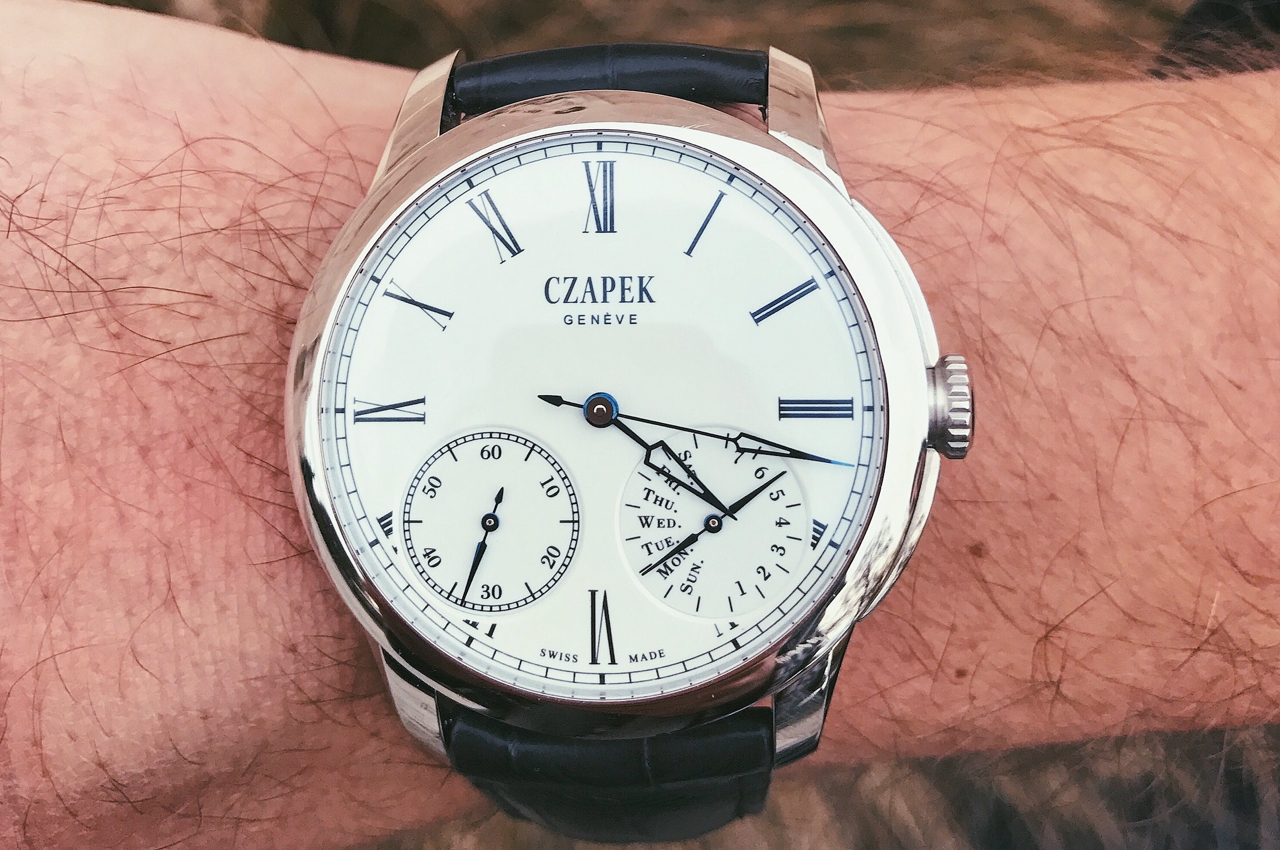 The stunning Czapek Quai des Bergues Guilloché Emperor Blue is a unique celebration of a remarkable success story from a historically important watch company, which until its revival in 2015, had lain dormant for almost two centuries.

Drawing heavily on the model 3430 pocket watch, which was created by master horologer Francois Czapek c.1850, the Quai des Bergues collection could aptly be described as a true modern classic, and in its Stainless Steel case, complemented beautifully with the rich blue tone of its dial, the Guilloché Emperor Blue is a unique example of this remarkable watch.

With its faithful reinterpretation of the 18th Century original, particularly with the dial configuration and even down to its detail, the link with the brand’s illustrious past is clear. Featuring a spectacular dial, whose dark blue colour was used as the court colour of the Emperors Napoleon, and whom Czapek counted as his customers, it is made from a gold, silver, platinum and palladium plate, with white gold hands and markers. A fleur du lys adorns each hand and like the mesmerising ‘Ricochet’ guilloché decoration is another traditional effect which was unique to the period Czapek watches too.

Almost exactly like the pocket watch which inspired it, the Quai des Bergues’ dial features a pair of decentralised subdials near the 4 and the 7 o’clock positions on which the small constant seconds and a shared weekday/seven-day power reserve indicator are positioned. An unusual feature today, back when the model 3430 was made it was a tradition to wind once a week, on a Sunday after mass, and the seven-day reserve would, therefore, correlate to the days of the week, and in retaining this function Czapek have stayed true to the original.

With such laboured attention to detail throughout, the beauty is much more than skin deep, and to power the magnificent Quai des Bergues N°29, a bespoke movement was designed and created by one of the most revered horologists of our time, Jean François Mojon and his Chronode atelier. From its two barrels the SXH1 Caliber manual winding movement derives an impressive seven days of power reserve, which again is representative of the original pocket watch. A sapphire caseback reveals its beating mechanical heart, and with anglage main hand finishing around the edges of its plates and bridges, the movement is as exquisite, and the workmanship as masterful as on every other aspect of the watch.