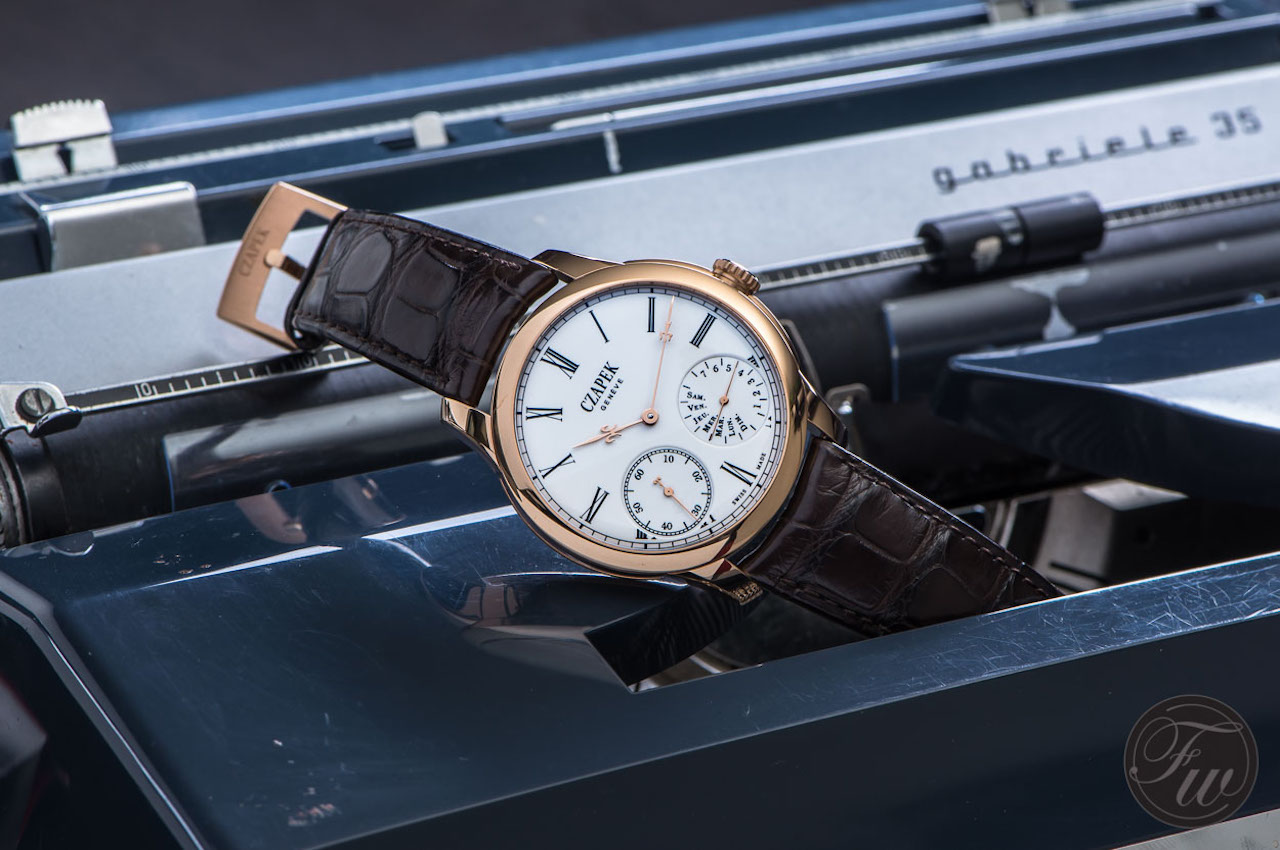 When the Czapek name re-emerged into the watch world in 2015, it was certainly new to many, but to the few cognoscenti it was a long lost and incomplete story in the roots of watchmaking’s bloodline, and one which played a significant role in the legacy of one of the modern industry’s most respected names.

Originally established by Francois Czapek in 1845, and having spent the previous six years in partnership with the young Antoni Patek, his name represented watchmaking to the highest standards. The exact date of his passing is unknown, but with it the Czapek name was consigned to history, until in 2013 when a small entrepreneurial consortium launched a detailed and thorough proposal, securing almost €3 million through a seriously modern crowdfunding campaign, and the brand was reborn.

Inspired by the model 3430 pocket watch of c.1850, and named after the Geneva address of the Czapek atelier where it was made, the magnificent Czapek Quai des Bergues Enamel Grand Feu Enamel N°33 is a faithful interpretation of an antique masterpiece.

Bearing all of the distinguishing hallmarks of the finest traditions in Swiss watchmaking, every detail has been thoughtfully designed and painstakingly created. Housed in its round 5N rose gold case which measures 42.5mm, it is styled for contemporary tastes, but in virtually every other sense it is a celebration of old school watchmaking values.

Beneath the gently domed sapphire crystal, the white dial has that lustre which is unique to Grand Feu enamel. Using a process of repeated layering and oven glazing, its glassy surface provides a perfect backdrop for the delicate hand painted roman numerals and fine minutes track around the edge of the dial. Inset from the 4 and 7, a pair of recessed subdials accommodate the weekday/day number and small offset seconds. The gold hands are very fine, in keeping with the fashion of the mid-1800s pocketwatch, and on the hours and minutes hands, a fleur de lys decoration underlines the meticulous attention to detail which has been put into this beautiful watch.

Of course for Czapek, the beauty is much more than skin deep, and to power their Quai des Bergues collection, a bespoke movement was designed and created by one of the most revered horologists, Jean François Mojon. From its two barrels the SXH1 Caliber manual winding movement derives an impressive seven days of power reserve. A sapphire caseback reveals the mechanical heartbeat and its finishing which is as exquisite as on the other parts of the watch.