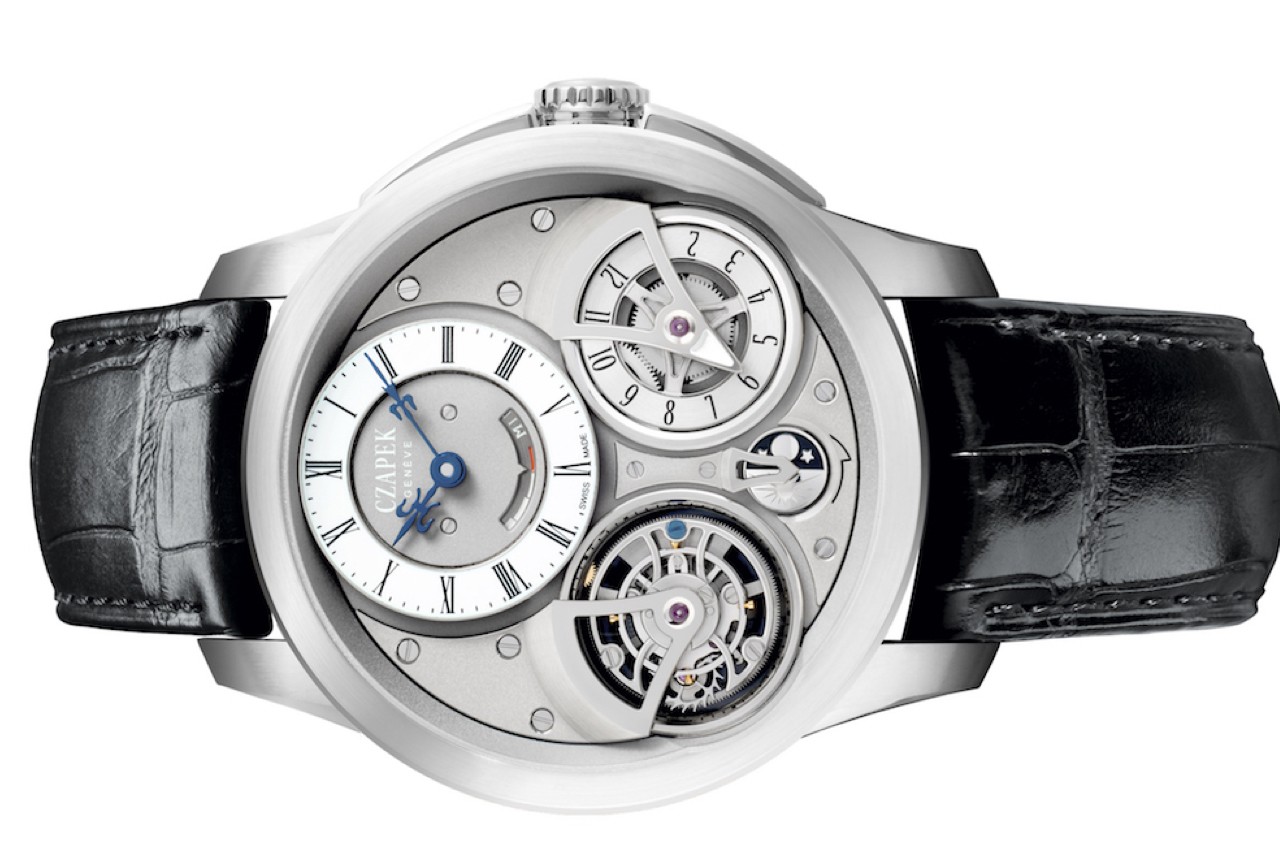 Following the success of the Quai des Bergues collection, their award winning debut in 2015, Czapek have created a new masterpiece which emphatically demonstrates the brand’s watchmaking abilities and puts a marker down of its intention to restore this important name’s position among the top table of small production watchmaking.

The magnificent Czapek Place de Vendôme is a remarkable watch from a historically important name which had lain dormant for more than 150 years. A history which spanned the mid 1800s, when Francois Czapek’s exquisite pocket watches were commissioned by Emperors and the elite, his career included a watchmaking partnership with Antoni Patek, in the formative days of what would become the world’s most respected name.

In its 43.5mm round case of 950/1000 platinum, the Place de Vendôme is a significant piece both in size and presence, and its beautifully balanced bare metal face exposes its five classic complications in a captivating array.

Foremost is the hours and minutes, with blued steel fleur du lys hands, on a white grand feu enamel circle with hand painted roman numerals. Sharing the dial a small crescent window indicates the power reserve, which is displayed via a rotating disc as the 60 hours reserve is consumed.

Below the primary display, the second time zone is displayed at the 4 o’clock position by means of another disc, which rotates beneath its bridge. A pointed tip juts out to indicate the hour. Directly opposite the one minute tourbillon is suspended from an almost identical bridge, and a single blued screw serves as the seconds pointer as it is propelled around with the tourbillon cage. The face of the watch also features a little day and night disc, which moves anticlockwise to complete a rotation every 24 hours.

To the rear a sapphire caseback reveals even more of the superbly manufactured movement. Designed and created by one of the most revered horologists of our time, Jean François Mojon, and his Chronode atelier, the finishing of the SXH2 manual winding calibre is a contrast of surface treatments, and includes painstaking and delicate anglage around the edges of the movement plates. Cutaway sections expose the tourbillon and internal gearing, whilst the second time zone gears appear to be outside the movement as rather than being beneath the plate, they have been positioned above it.