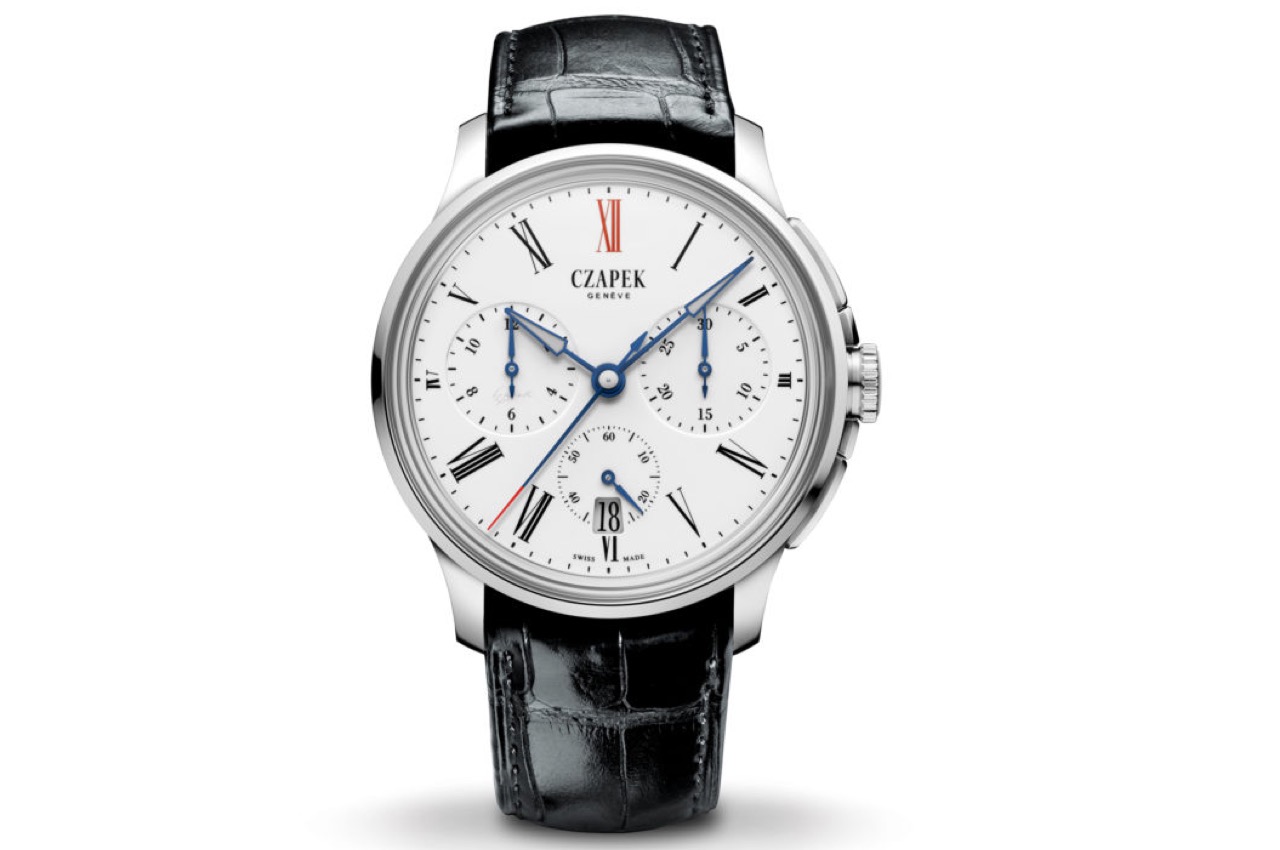 With the unique milky sheen of a pristine white enamel dial, the Faubourg de Cracovie Grand Feu by Czapek Genève is a quite beautiful and distinctive watch, where contemporary design and state of the art Haute Horlogerie complement the traditional hands-on skills of the artisan watchmaker to magnificent effect.

The Czapek name has an illustrious place in the history books, including an association with what would become Patek Philippe, when in the mid-eighteenth century young Master Watchmakers François Czapek and Antoine de Patek honed their prodigious talents, side by side in their Genevoise atelier, in a partnership that spanned six years, before each going on to success on their own terms.

While the Patek name has become world famous, Czapek would also enjoy considerable success throughout his own lifetime, recognised as one of the greatest watchmakers of his time, and manufacturing masterpieces for clients like the Imperial Court of Prince Napoleon, with boutiques in Geneva, Paris and Warsaw, before quite literally disappearing forever in 1869.

A legacy re-fired in 2015 an esteemed name has returned, and those three boutiques have become the cornerstones of the reborn Czapek, with each of its collections named after the address of each one. The third collection, featuring a bespoke integrated chronograph movement, is named after the Warsaw location on Faubourg de Cracovie.

Encased in stainless steel, the round case has a modern style, with sculpted recesses around its 41.5mm waist, and discreet chronograph pushers which blend seamlessly into the protecting shoulders either side of the crown. On top, a box-style sapphire crystal sits high above the dial, with a circle of refraction where the tall side turns in around its edge.

On the dial, roman numerals are printed in black onto the immaculate whiteness of Grand Feu enamel, with the XII in red. The subdials at the three and the nine, which indicate the thirty-minute and twelve-hour chronograph counters, are welded from beneath while at the six, the constant small seconds and date are displayed. The hands are blued steel, with a red tip on the chronograph seconds and the arrow tipped hours and minutes hand filled with Super LumiNova.

Through the sapphire glass caseback, the solid gold oscillating mass rotates above the architecture of the openworked anthracite coating of the self winding movement which beats within. A bespoke caliber, exclusive to Czapek, with complications specialist Vaucher Manufacture Fleurier, the Calibre SXH3 is a beautifully executed integrated chronograph movement, which features linear hammer and vertical clutch innovations, delivering a smooth activation and resetting of the chronograph function. Beating at 5Hz, or 36’000vph, it is COSC chronometer certified and from a single barrel, its 65 hour power reserve is impressive.

Limited to only eighteen pieces this is a beautiful and exclusive piece with the traditional craft of hand enamelling, the Czapek Faubourg de Cracovie Grand Feu is presented on a black alligator leather strap with folding clasp.