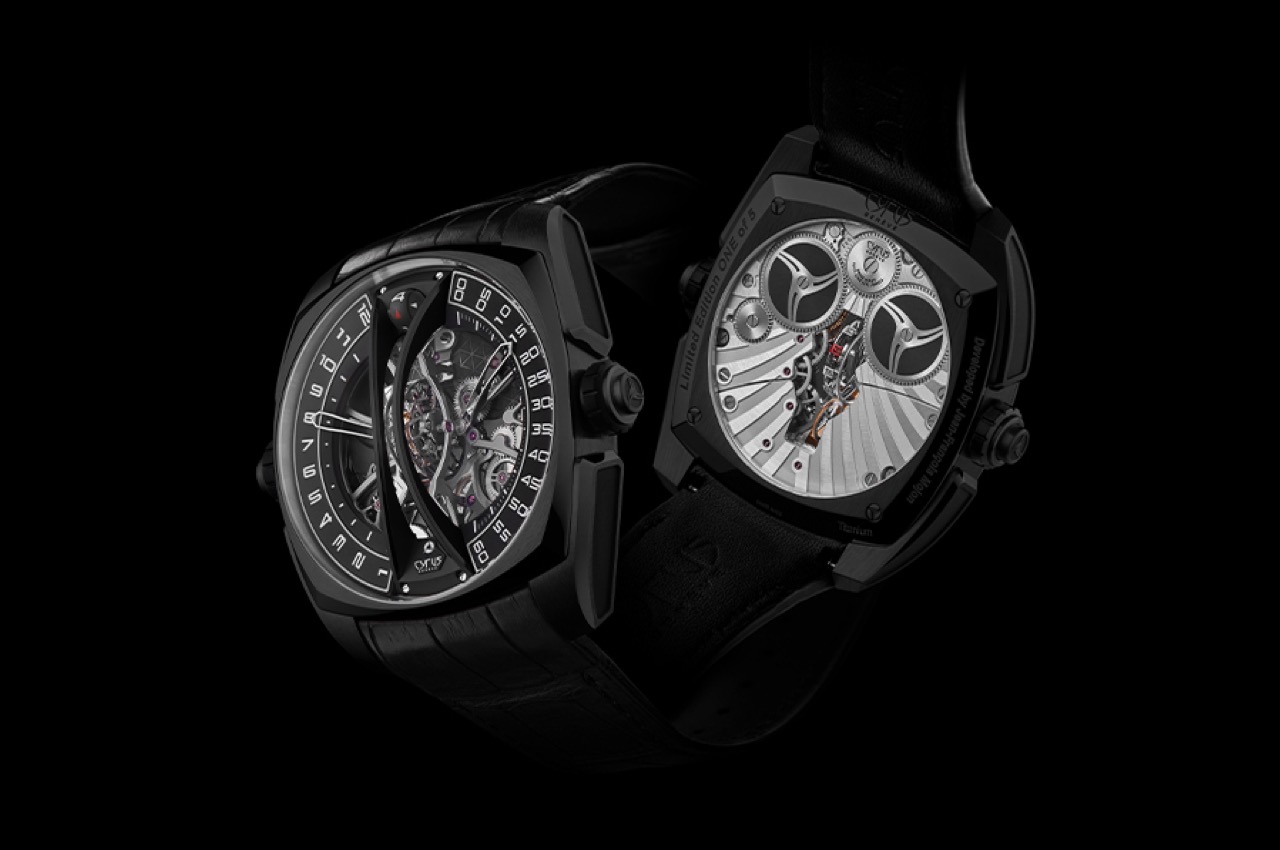 An extraordinary piece from an exceptional young independent company, whose timepieces defy the norms of design, display and technical execution, the Klepcys Vertical Skeleton Tourbillon by Cyrus takes one of watchmaking’s most sophisticated classical innovations and quite literally turns it on its side, to create a captivating animated spectacle of contemporary independent haute horlogerie.

Showcasing a unique perspective on the display of the time, the Klepcys Vertical Skeleton Tourbillon features a three dimensional dial, divided through its centre line with an arcing open-worked bridge, and on either side, a pair of crescent retrograde displays for the sweeping minutes on the right, and jumping hours on the left.

Its Grade 5 Titanium case is entirely coated in matte black DLC, and the elaborate tonneau-shape of the case is accentuated by the off-square, TV-shaped bezel. With its dual crowns at the three and nine o’clock positions, and the split display, the watch has a truly striking symmetrical balance. Measuring 44mm across and 19.9mm tall thanks to the pronounced dome of sapphire glass which accommodates the revolving centrepiece, it is an impressive watch which is inescapably going to stand out in any setting.

Beneath the glass dome, the time is displayed in hours, minutes and seconds, with the minutes hand sweeping downwards on the right hand side, and the hours jumping upwards across the way. In the instant between 59:59 and 00:01 in each sixty minute cycle, the minutes hand flicks back to the top to start over again, while the hour pointer simultaneously leaps up from the old hour to the new.

The seconds meanwhile are ingeniously displayed as a series of twelve tiny pallets which go around like a wheel, in the space between the two sides of the central bridge, as the tourbillon rotates on its vertical axis in a sixty second cycle. The other feature is the power reserve indicator which counts down in days in the form of a little sphere at the twelve o’clock position.

Underneath, the Klepcys Vertical Skeleton Tourbillon has a sapphire caseback which reveals the remarkable Mojon in-house designed and developed hand winding movement. The plates are beautifully decorated with sunray stripes of light and dark finishes, and in the centre a slot allows the tourbillon to revolve freely on its sideways axis. From its two barrels, the movement boasts a minimum of 100 hours reserve, and beats at 21’600 vib/h.

A genuinely astonishing piece of conceptual haute horlogerie, the Cyrus Klepcys Vertical Skeleton Tourbillon is presented on a black alligator leather strap with folding clasp. It is manufactured in an exclusive edition of five pieces only. 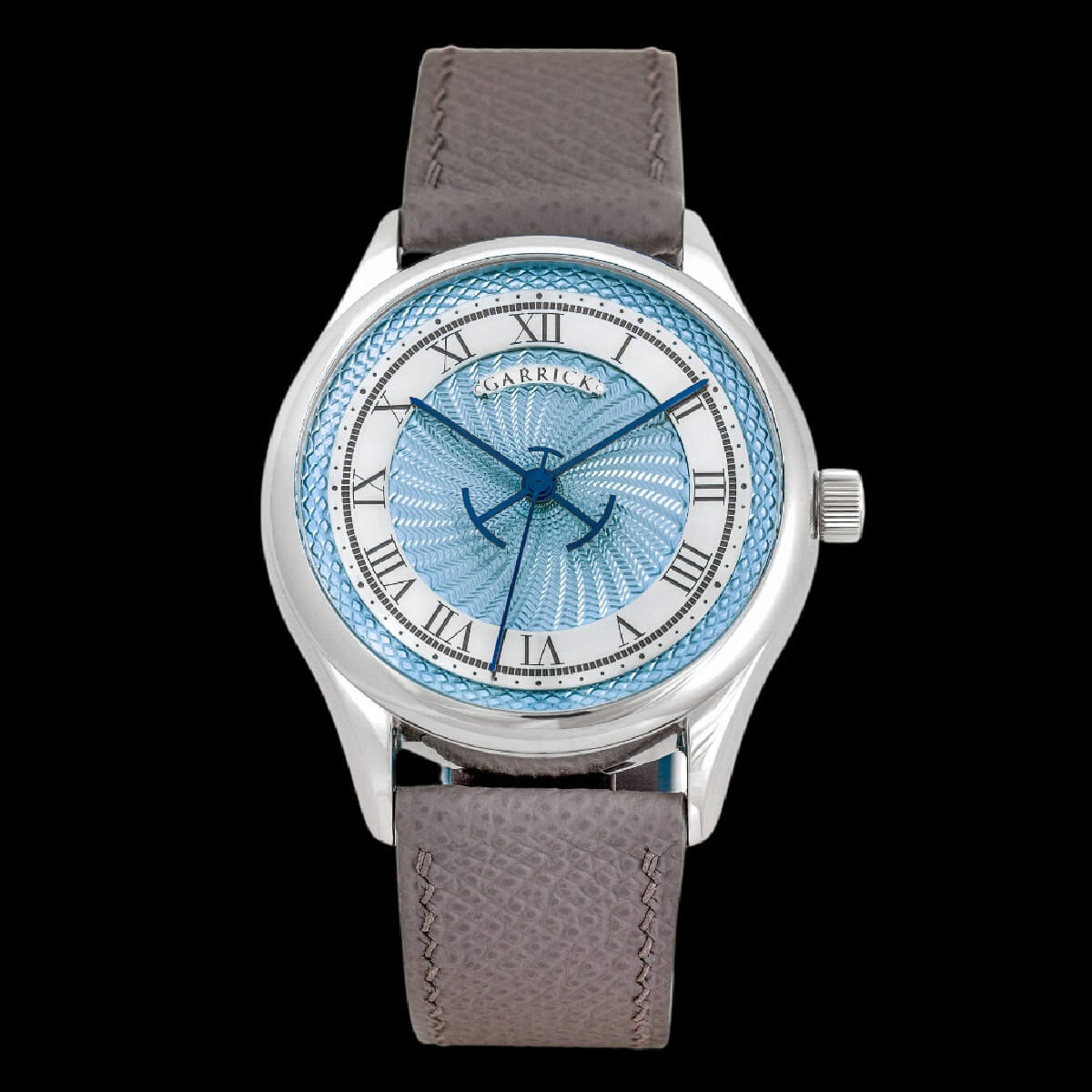 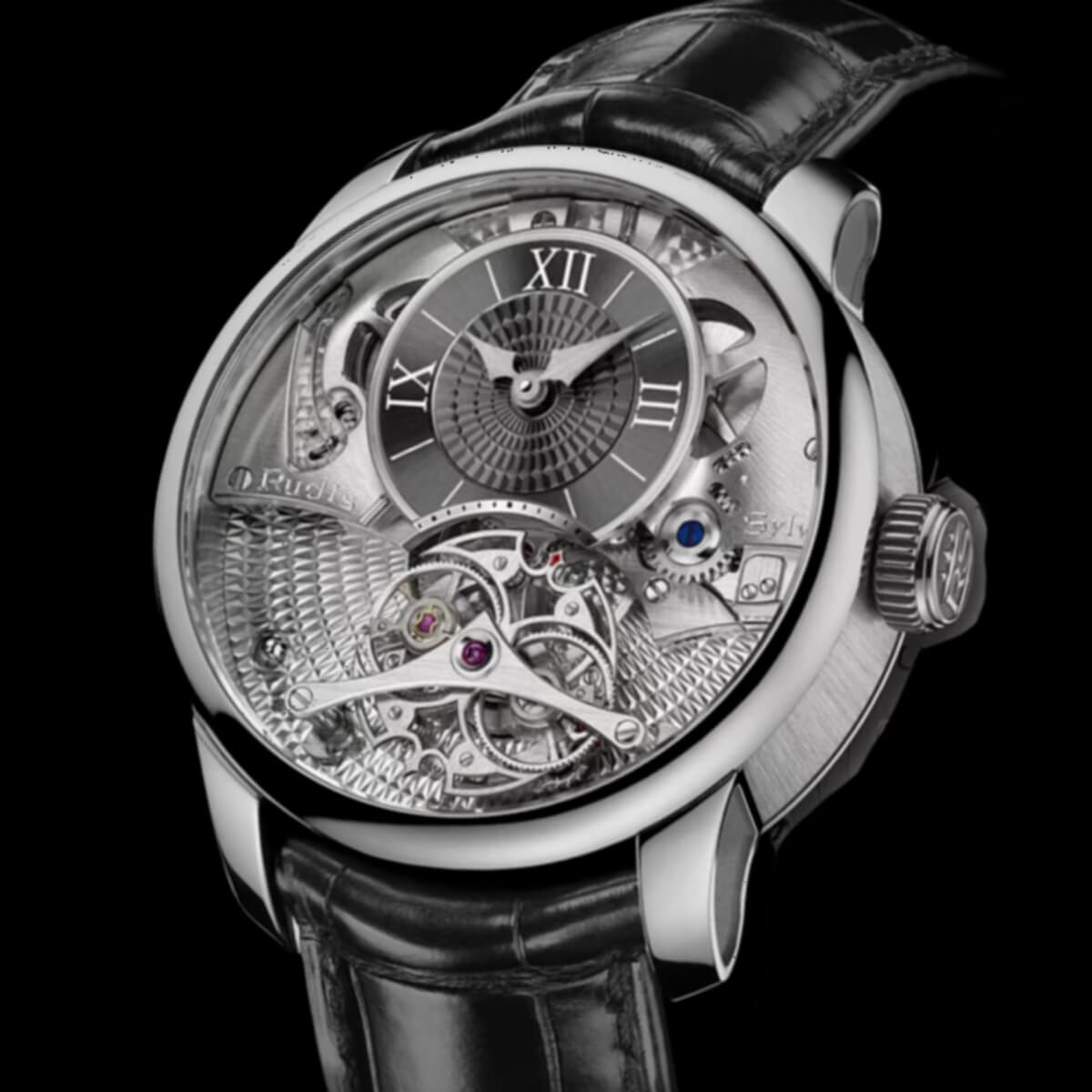 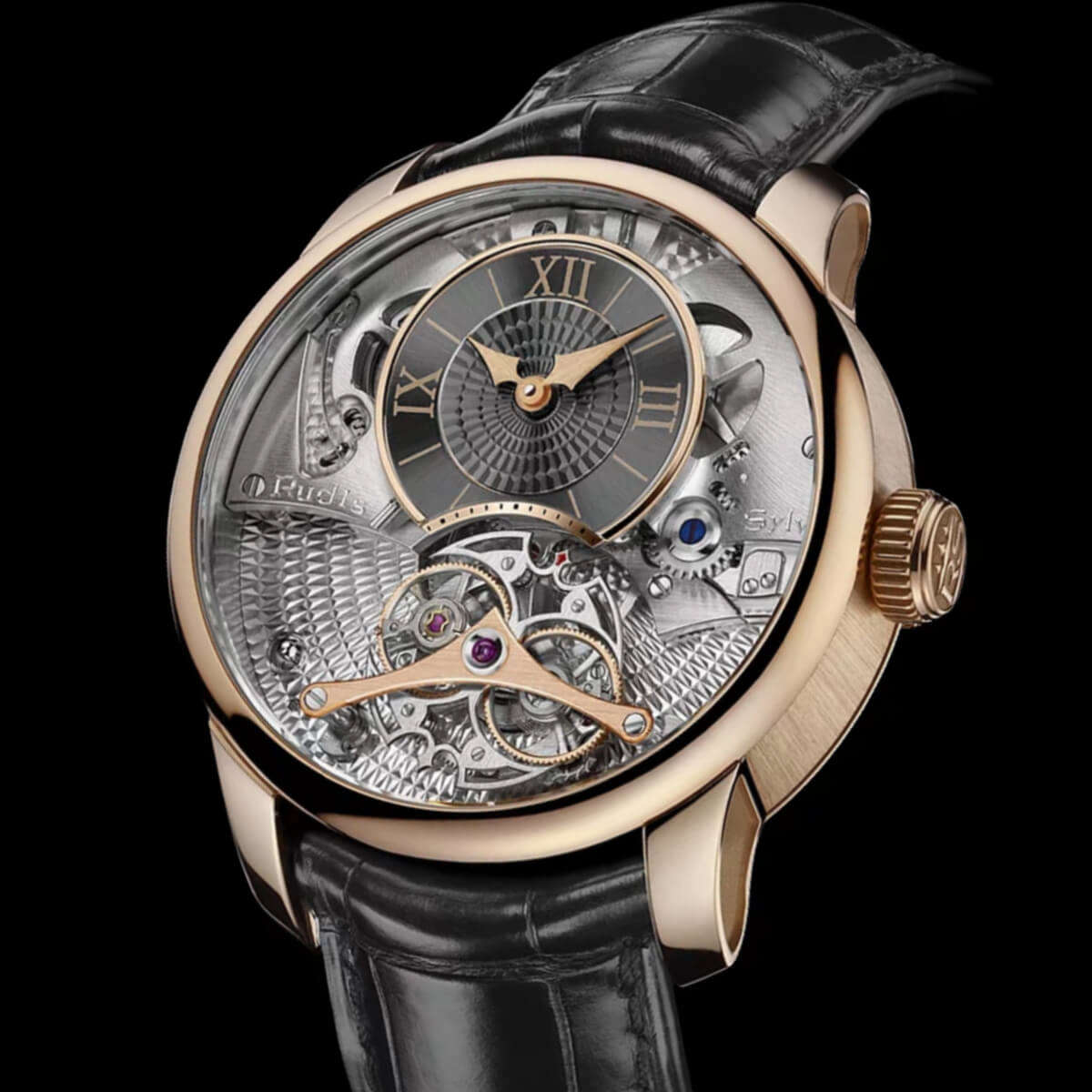 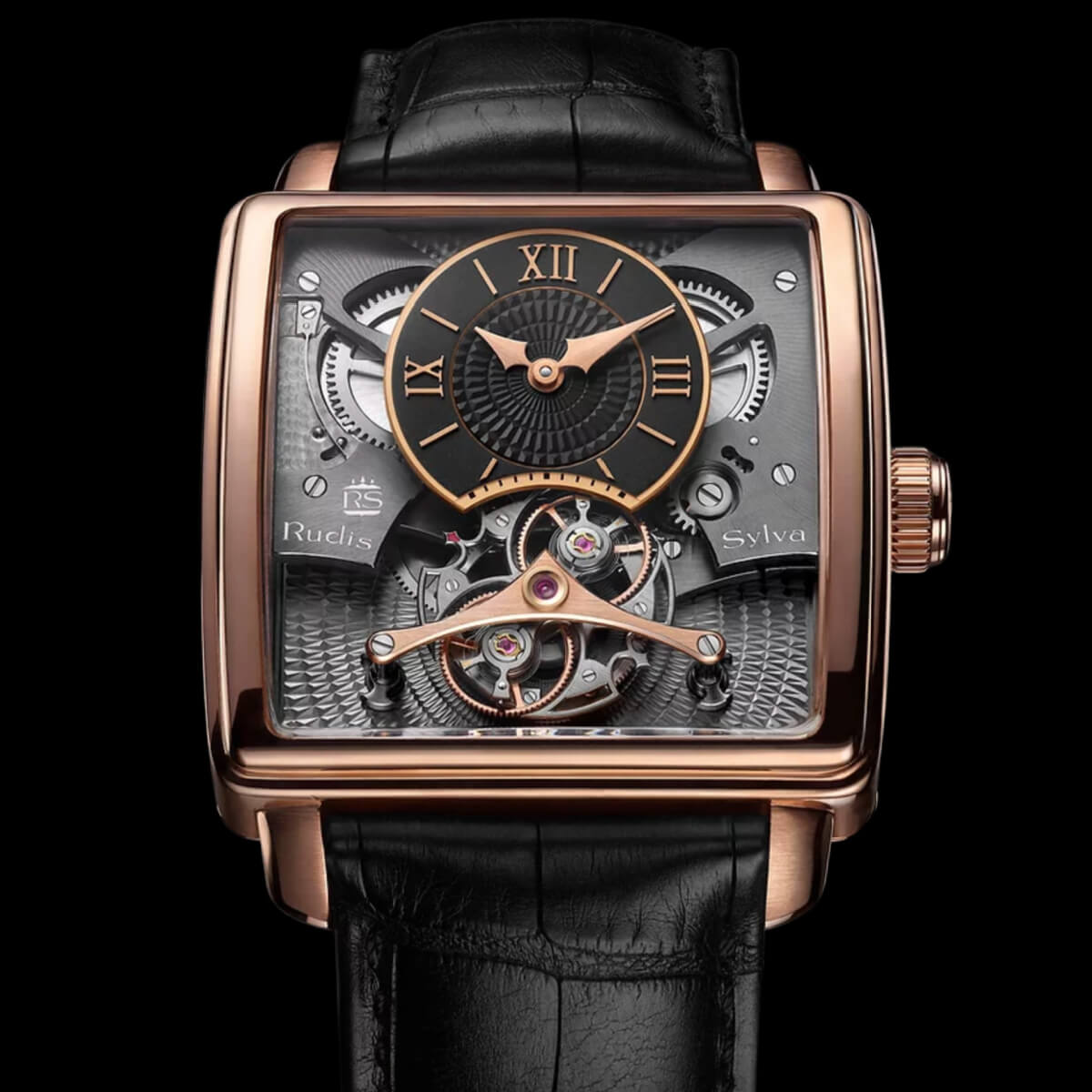 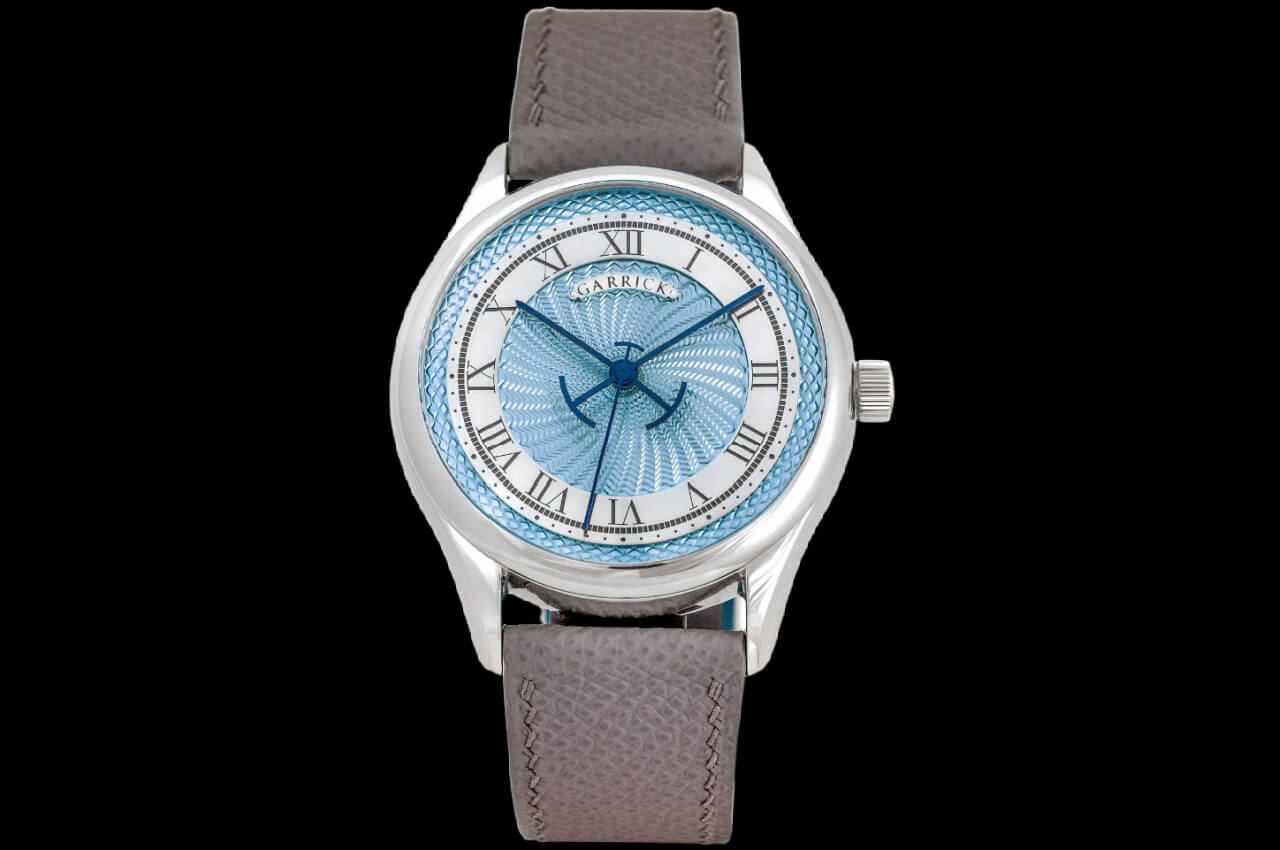 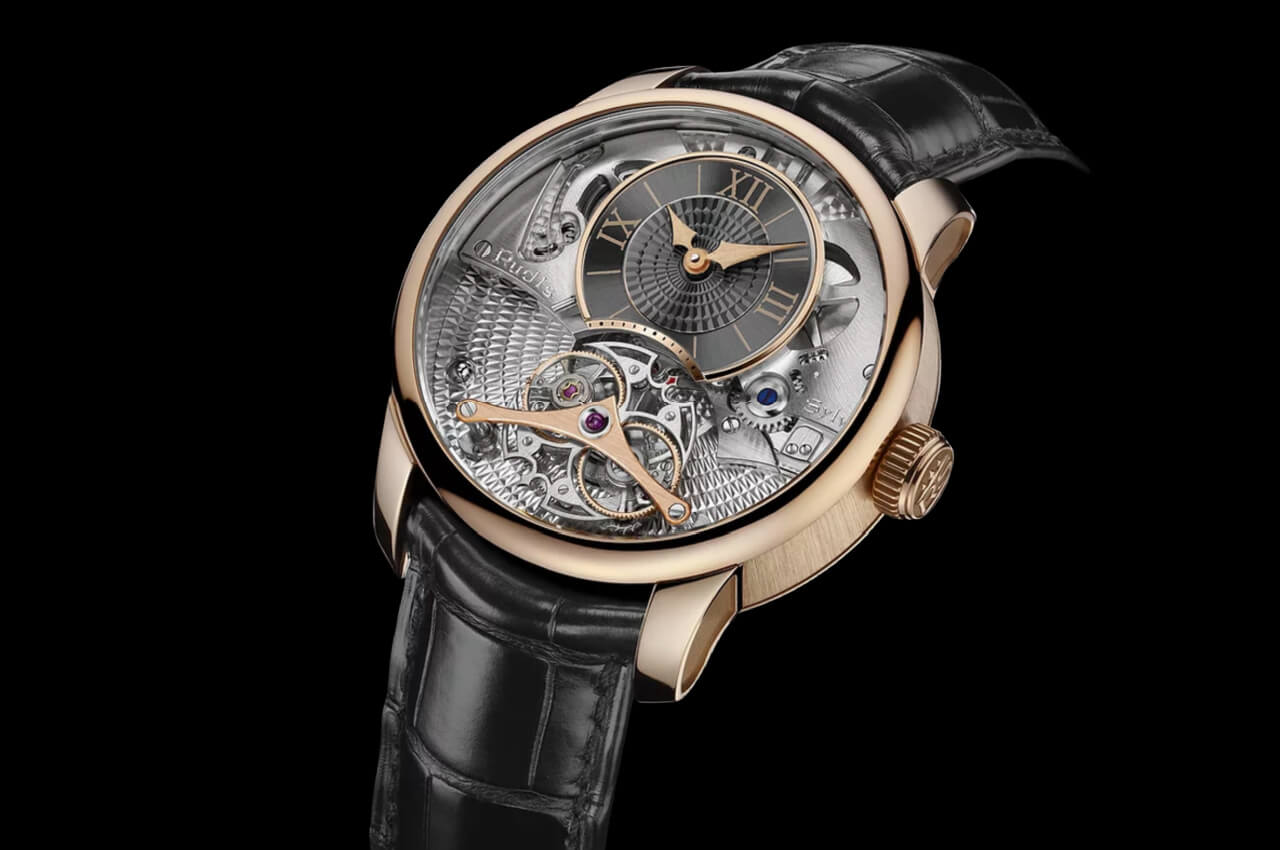 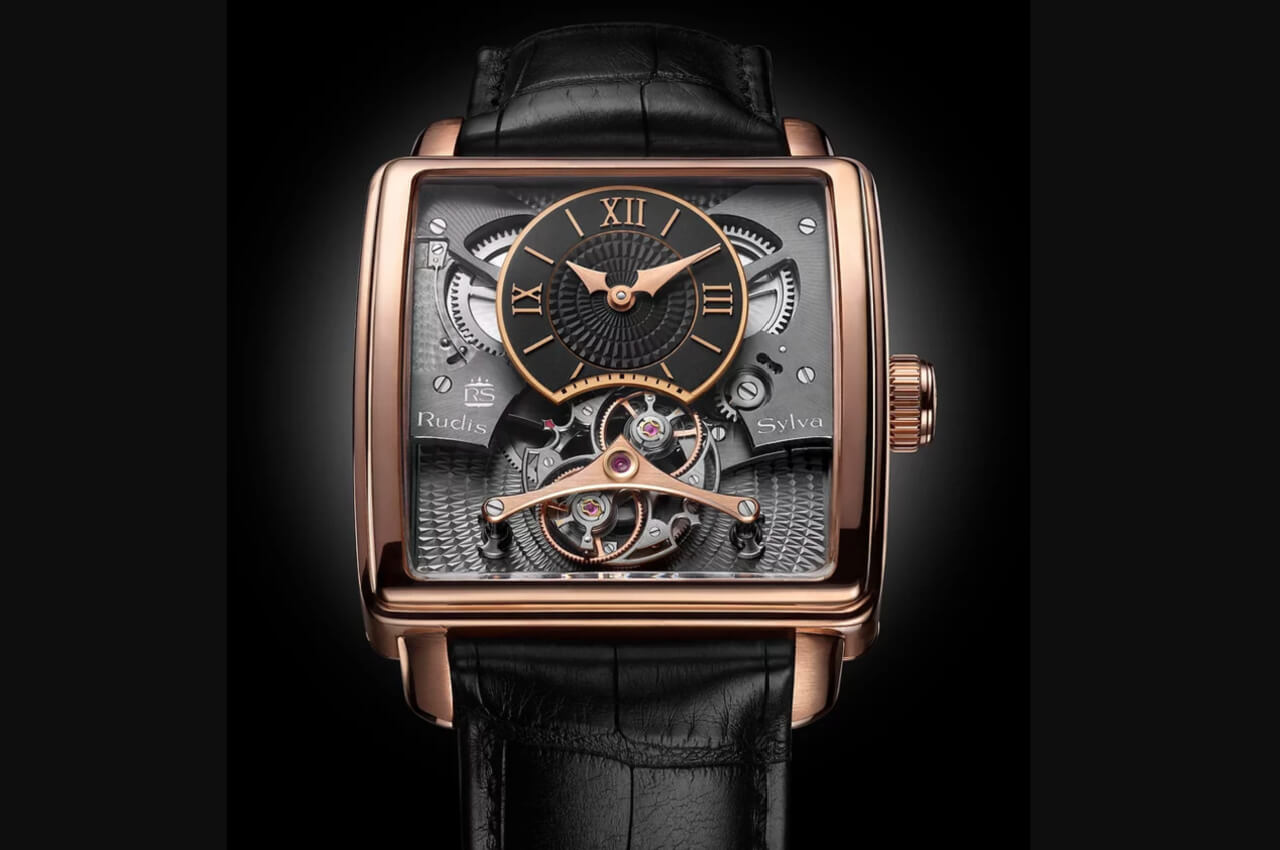 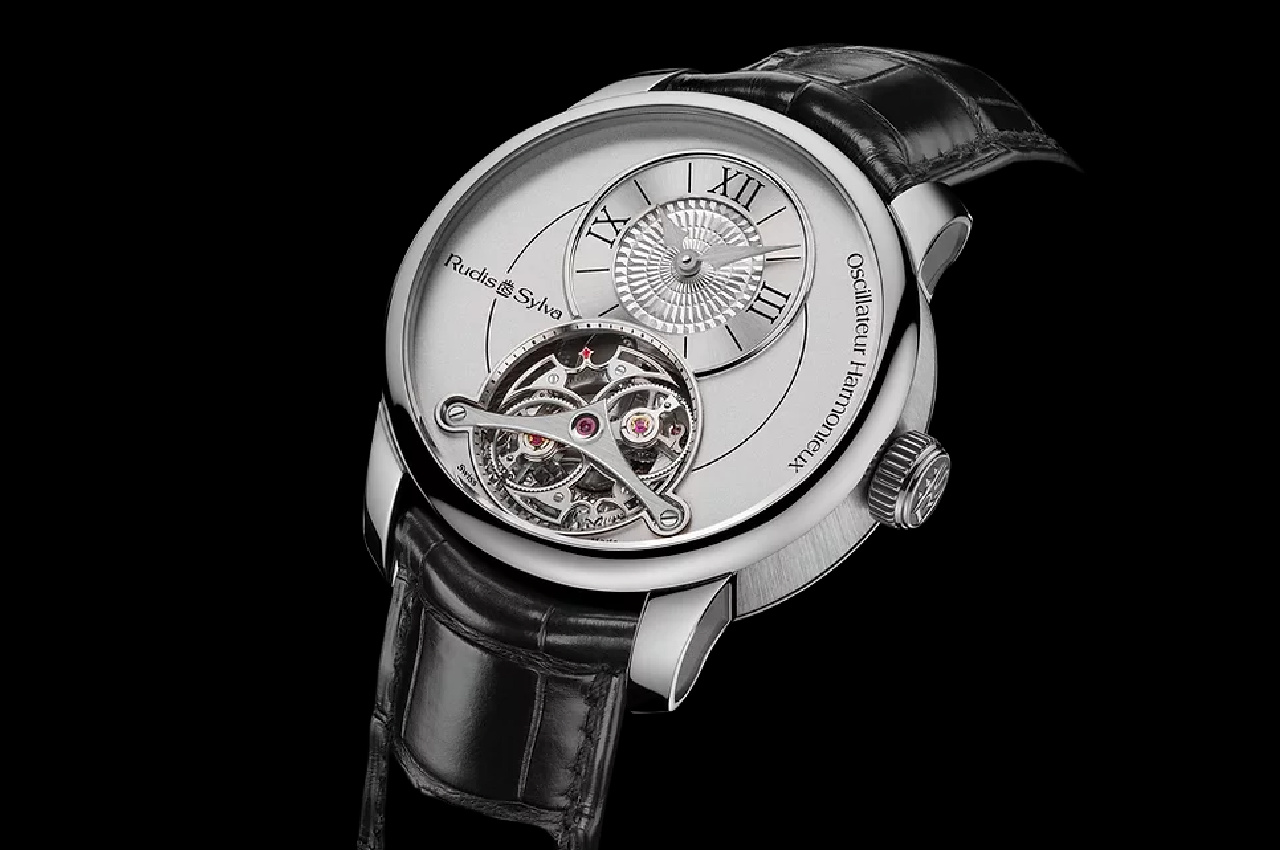