A watch of dramatic aesthetics, breathtaking complexity and uncompromising hand finishing throughout, the Cu29 by Alchemists is the debut masterpiece from a young Swiss independent marque, and a piece with which it heralds its intent on making its presence felt in the world of hand crafted independent haute horlogerie.

Entirely conceived, designed and developed on-site in the restored nineteenth century Villa Jolimont in the historic Jura Valley, where one of the most modern, cutting edge watchmaking facilities in Switzerland has been installed in-house, the Cu29 is a truly remarkable watch in every way, and boasts a spectacular three dimensional display of mechanical architecture underneath a pronounced domed atmosphere of sapphire crystal.

An independent watchmaking company quite unlike any other, Alchemists is appropriately named, as it brings together an independent community of people, each a specialist in their own universe, who chose to combine their individual forces and to share a philosophy, using watchmaking as the vehicle for their artistic expression. Among these individuals, the creative mastermind behind the fully in-house movement, Hervé Schlüchter is a prodigy of traditional hand crafted watchmaking, whose talent has been noticed by no less than the great Philippe Dufour, who uniquely continues to provide mentoring as chaperone to the exceptional young watchmaker.

Recognised since ancient times for its unique, almost symbiotic healing qualities, copper is a metal rarely used in watchmaking, yet it is one whose tone and workability lends itself as an attractive medium, although too soft for many components in its natural form. Manufactured in a new and proprietary metal alloy of copper and gold called Cuprum 479, the Cu29 adds an entirely new dimension of healing and physical well-being to wrist worn horology. A closely guarded secret formula, the blending of copper and gold has resulted in this new and noble copper alloy which is harder, completely resistant to oxidization, and so preserving forever that rich cupric colour, and which provides a stable basis for the case and caseback, crown, movement plate and bridges of this quite extraordinary timepiece.

Showcasing the in-house AC 003 manual winding movement, which, because the cupric caseback is closed, has been designed to reveal the beauty of its mechanism on its top side, its features include twin barrels in parallel, a pair of gorgeous ‘moustache’ winding pawls either side of the seconds dial, with hand beaten textured surfaces contrasting with the delicately polished anglage edging, accentuating the meticulous detailing of every component.

The multi-layered vista of Cuprum 479, titanium and stainless steel is dominated by the hypnotic pulsation of its magnificent cylindrical hairspring which is suspended from the sweeping overhang of the polished balance bridge, as it breathes life into the timepiece.

Time on the Cu29 is displayed across two individual gently domed dials, which are elevated above the movement plate below, and which have been crafted in lapis lazuli stone, whose rich blue colour and naturally occurring specks of grey create an eye catching spectacle.

The hours and minutes occupy the larger of the two in the upper dial, with the seconds displayed immediately beneath, and both feature white printed arabic numerals and segmented railtrack chapter rings.

The 72 hour power reserve is indicated to the upper left of the display while on the right, and adjacent to the crown, a blued steel pointer indicates winding or time setting modality.

Throughout the Cu29, each and every component is painstakingly finished by hand, using traditional techniques, to create what is a truly exceptional piece of contemporary haute horlogerie.

The first in a trilogy of pieces from Alchemists, Cu29 is Chapter One. It is produced in an ongoing individually crafted and numbered series, which is limited to approximately one piece per month. 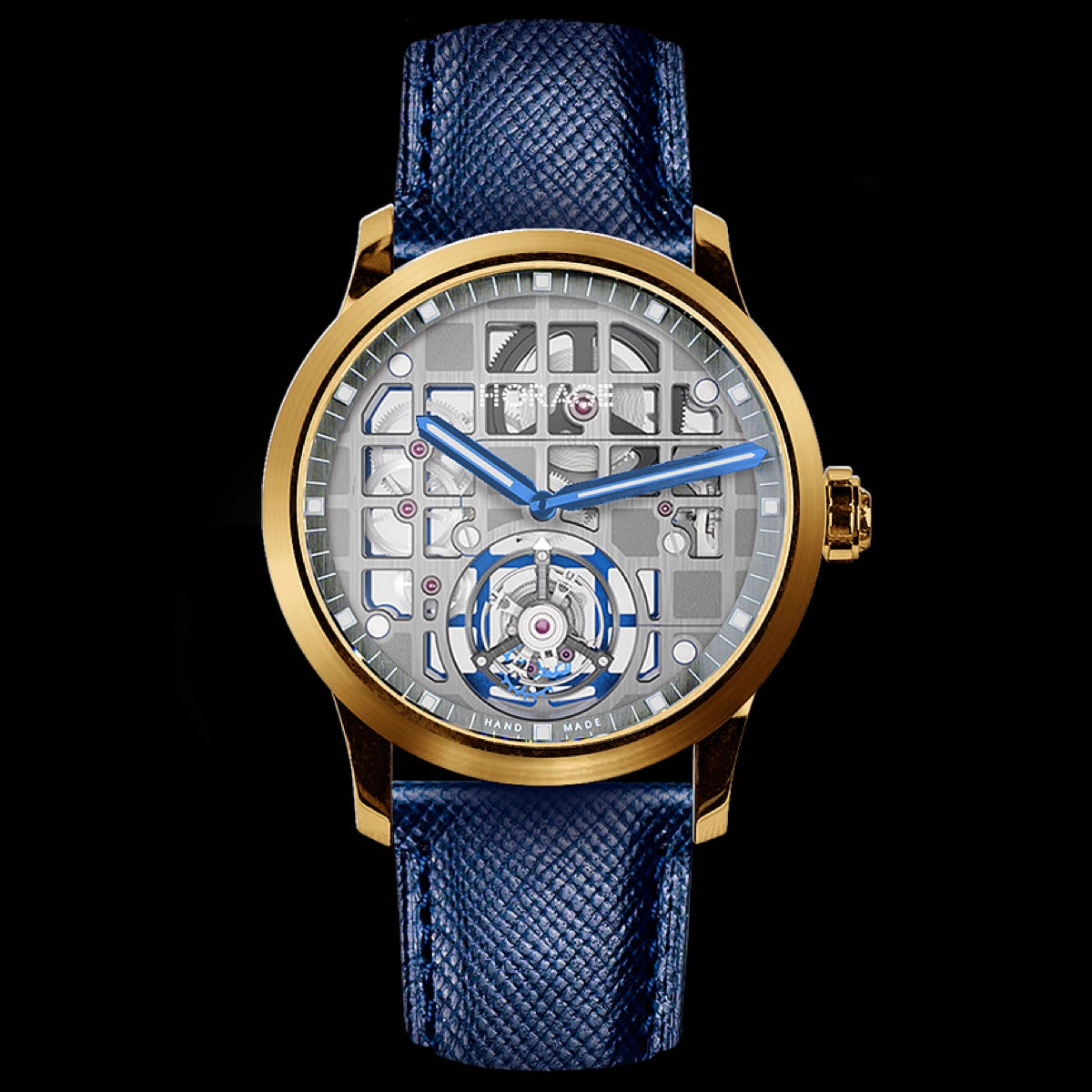 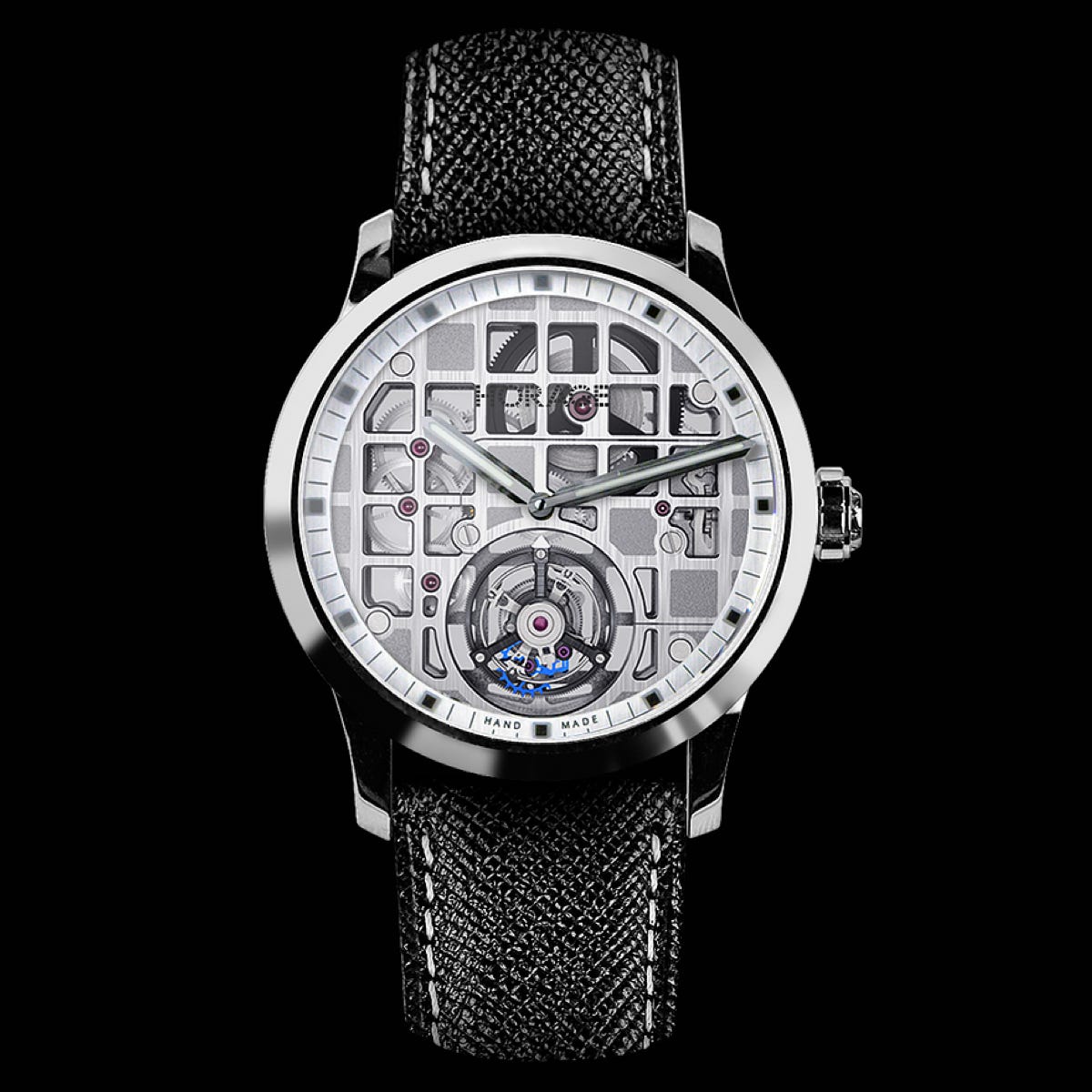