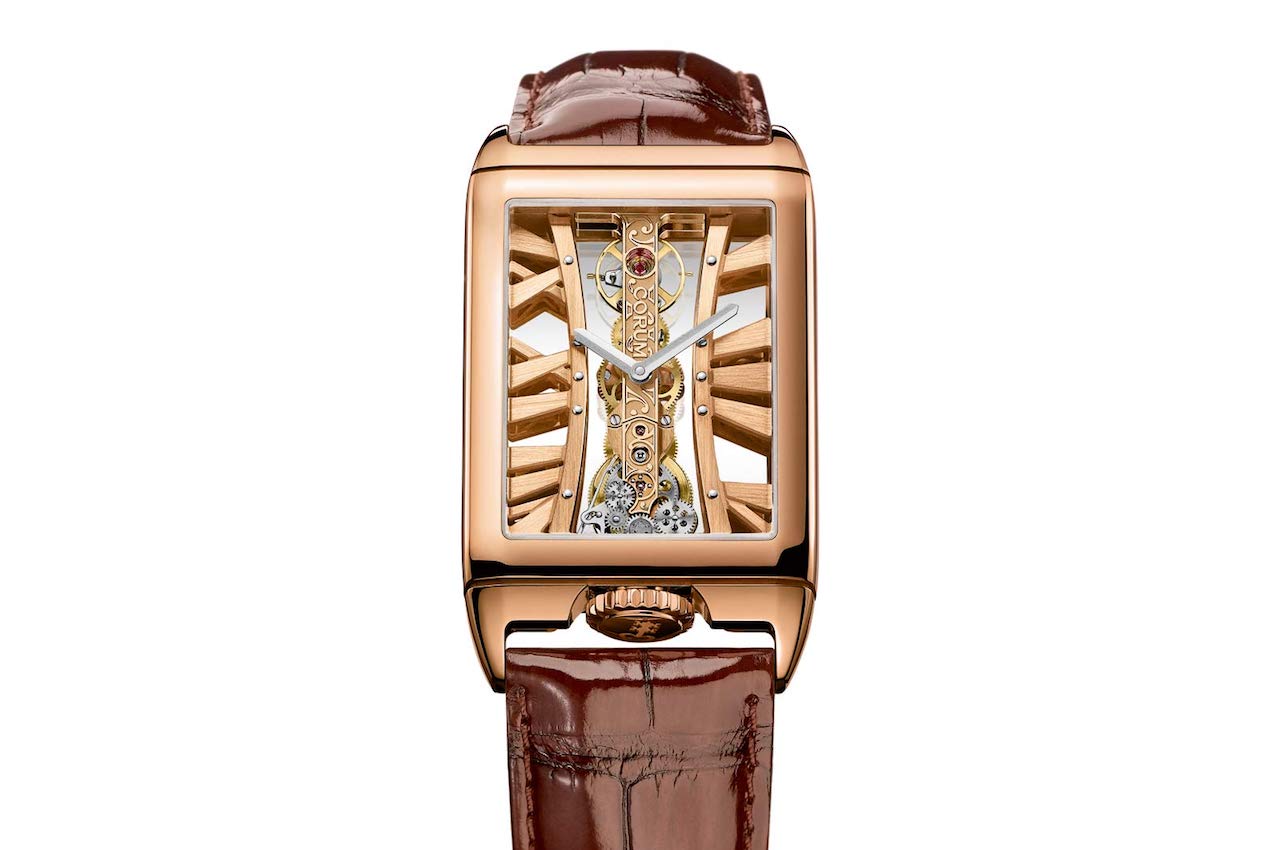 The Golden Bridge by Corum is undoubtedly one of the classic creations by a brand, famed for its extroverted avant-garde designs and eccentricity, which has seen it endure through changing trends since its foundation in 1950. Unique in its concept, the entire workings of the mechanical movement are condensed into a slender linear arrangement and framed within a gold and sapphire case.

Originally launched in 1980 the Golden Bridge by Corum was well ahead of its time. Boasting as its centrepiece the bespoke mechanical movement from which its name derived, its original concept was the work of one of the most respected names in independent watchmaking, Vincent Calabrese, and its looks and technical execution were like nothing that had been seen before.

Revived to deserved acclaim in 2017, the rectangular case has matured to become even more refined and luxurious than the original, with rounded angles, smoothed edges and intricate dial detailing bringing an air of reserved sophistication to this superb contemporary wristwatch.

Encased in 5N 18Kt rose gold, with its crown nestled in between the lugs at the six o’clock position, the lines of the Golden Bridge are clean and unmolested, and with sapphires on top and below, the light penetrates through to the inner workings and the case becomes a wrist-worn showcase for the mechanical wonder within.

With no dial as such, the inside of the case is dominated by the chiseled architecture of the gold roman numerals which flank the movement like bold metallic drapes. The detailing is impressive, with rough brushed surfaces creating a grainy finish, and accentuating the three-dimensional view of the modern structure.  Stainless steel hands contrast against the gold background and the time is easily read.

Of course, the piéce de resistance is the mechanical assembly in the center. Manufactured with rose gold plates with elaborate hand engraved decoration, the Calibre CO 113 hand winding movement is a triumph of miniaturisation, with all of the essential components of a hand winding movement reconfigured and arranged in a linear baguette arrangement of impressive complexity. Everything is exposed, from the winding mechanism next to the crown, up through the gear train and barrel, and on to the balance and escapement at the top. Even with its reduced confines, and beating at 28,800vph, it still delivers forty hours of energy when fully wound by hand.

The Corum Golden Bridge Rectangle is presented on a brown alligator leather strap with folding clasp.