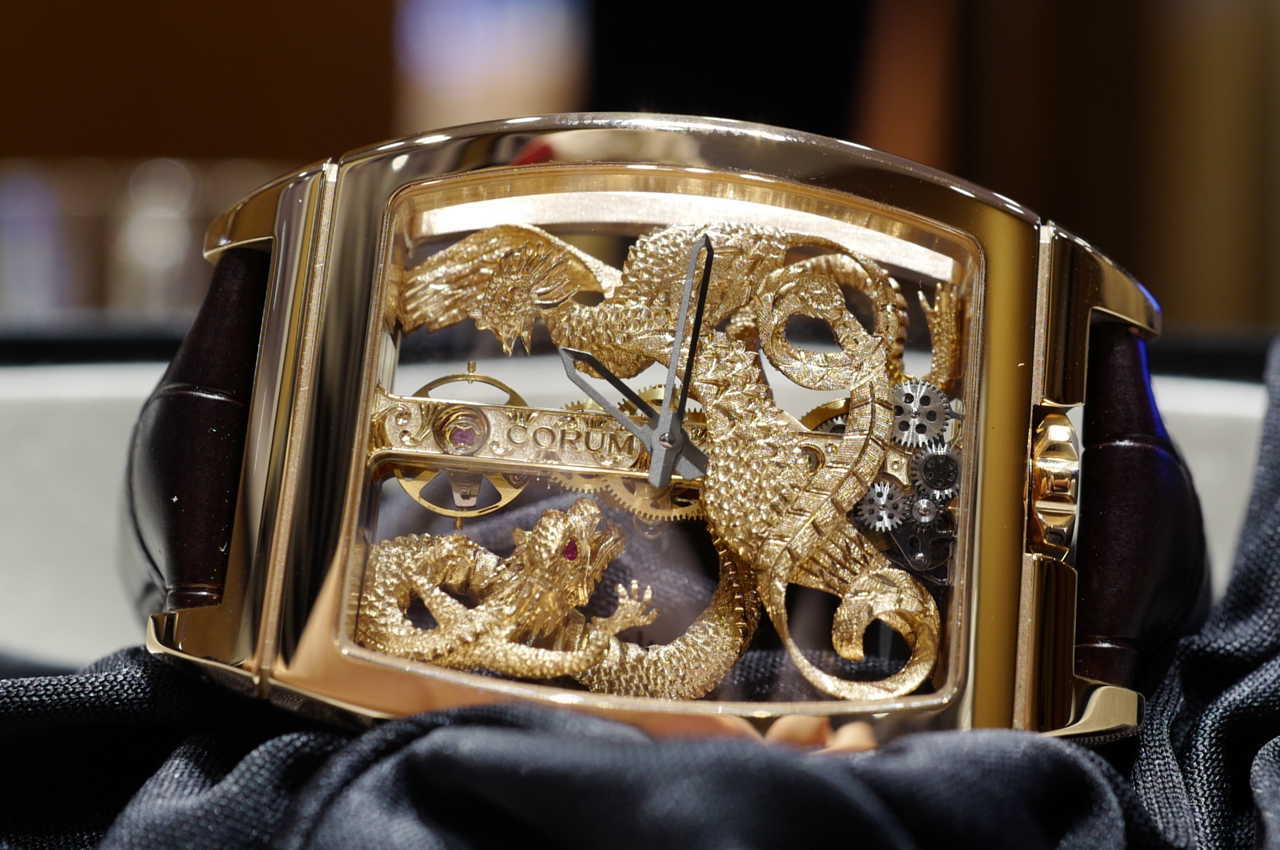 Never known for reserved understatement, Corum are synonymous with daring, avant garde styling, which has earned the company an almost cult status among collectors who prefer something different to the mainstream, and the Golden Bridge Dragon and Phoenix is no exception to that unwritten rule.

Taking a classic Corum icon to another level, the curvaceous 18Kt rose gold tonneau case sets the scene for a dramatic battle between the feared mythical creatures from Chinese legend, as the dial is replaced with their bodies intertwined in a fully exposed, three dimensional hand crafted sculpture in rose gold.

A masterpiece in miniature the engraving is superb, and its detail distinct and beautifully finished. Separating the beasts in the centre of the piece is the apparent subject of their feud, the narrow, baguette movement from which the Corum Golden Bridge collection derives its name,

Originally revealed in 1980, at a time when the quartz revolution was seeming as if it would indeed deal a death stroke to most manufacturers of mechanical timepieces, Corum’s Golden Bridge was both a celebration of the beauty of the mechanical movement, as well as being a showcase for the talents of master watchmaker and innovator Vincent Calabrese. Compressing all of the component elements of the universally used round caliber into a fascinating linear arrangement, with gold bridges and gear train detail, the movement itself formed the watch’s golden bridge, and the focal point of the watch.

Because of the unique profile of the movement, the crown, being directly connected in-line, is located at the 6 o’clock position, and so the contours of the elegant tonneau are pure, refined and unmolested.

Turned over, the underside of the sculpture and the movement are further exposed through the sapphire caseback, as light floods in to the dial-less chamber from the back and the front, accentuating the shapes of the dragon and the phoenix.