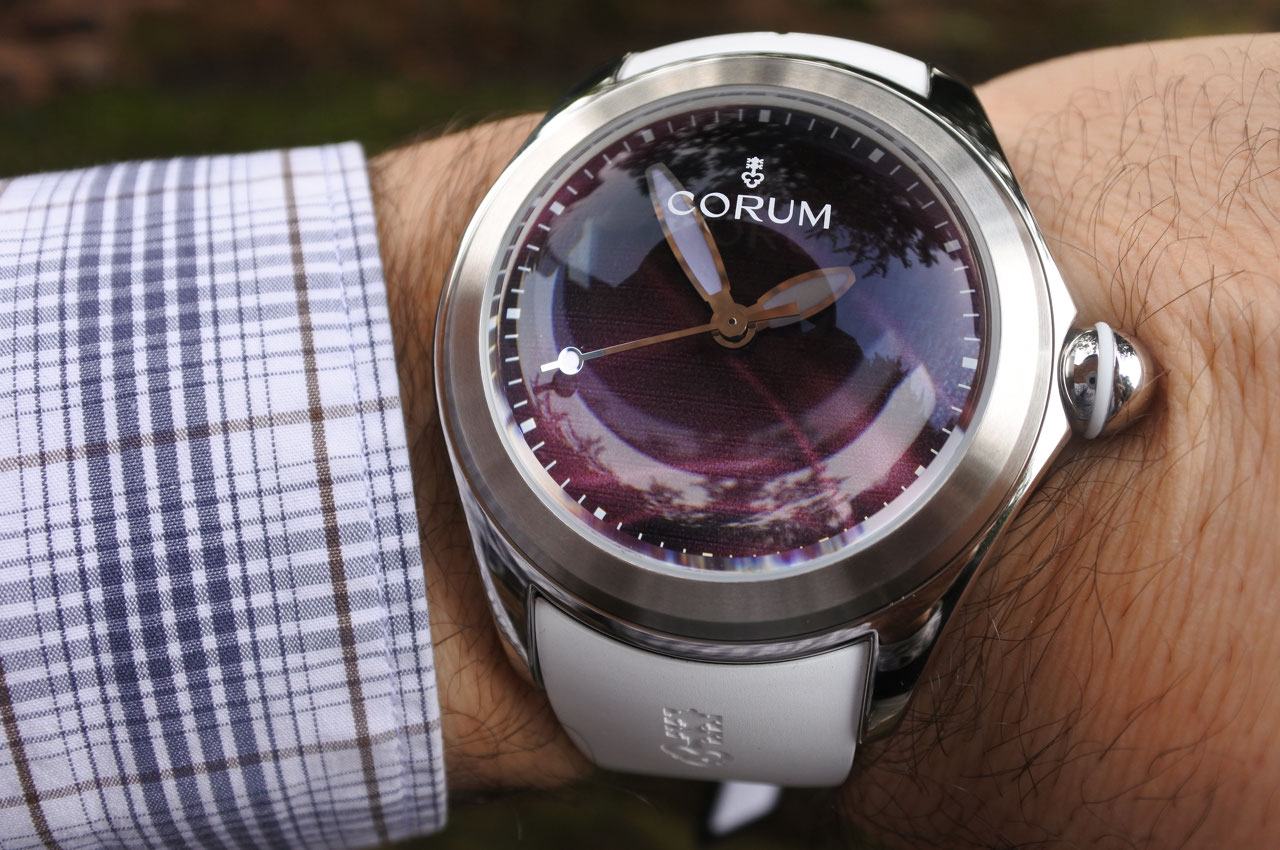 We’re especially proud to announce this, the Corum Bubble Qatar Legacy 2017 Limited Edition. It’s a production of only fifty pieces manufactured exclusively for us, to celebrate our association with the Swiss watch company and to the country, and in the national colours of maroon and white, it is a superb combination of cool, quirky flamboyance and rich vibrant contrast.

One of the industry’s most eclectic and outlandish watch brands, since its establishment in 1955 Corum’s history is punctuated with radical and daring collections; often zany, yet never far from the pulse of design loving fashionistas. But none of which stood out from the crowd quite like the wonderful Bubble, with its exaggerated features, the huge domed sapphire crystal, and curvaceous rounded case.

So thick is the crystal that it’s only from directly above that the dial is not distorted, and even then the plump luminous coated hands are magnified, creating a cool optical play as the watch moves with the wrist. The rich maroon of the Qatari flag on the dial features only fine white hour markers and minute ticks, and the colour projects off the inside of the dome like a fisheye effect.

Encased in a 47mm case of polished stainless steel, the contours of the Bubble Qatar Legacy 2017 are smooth and continuous; almost irresistible to the occasional subconscious fingertip caress. The big round crown needs a band of white rubber for grip. Curving lugs and a case-hugging white rubber strap contribute to making the watch sit comfortably on the wrist, despite its exuberant proportions.

With the Qatar Legacy 2017 legend engraved around the case back, through the sapphire exhibition window the rotor, whose constant spinning energises the self-winding CO 082 movement, is decorated with the Corum motif. Beating at 28,800 vph, it is good for forty-two hours of power reserve.

The fifty-piece Corum Bubble Qatar Legacy 2017 exclusive Limited Edition is rated to 100m of water resistance and it’s presented on a white rubber strap, with an additional grey alternative, and it’s secured with a robust pin buckle.