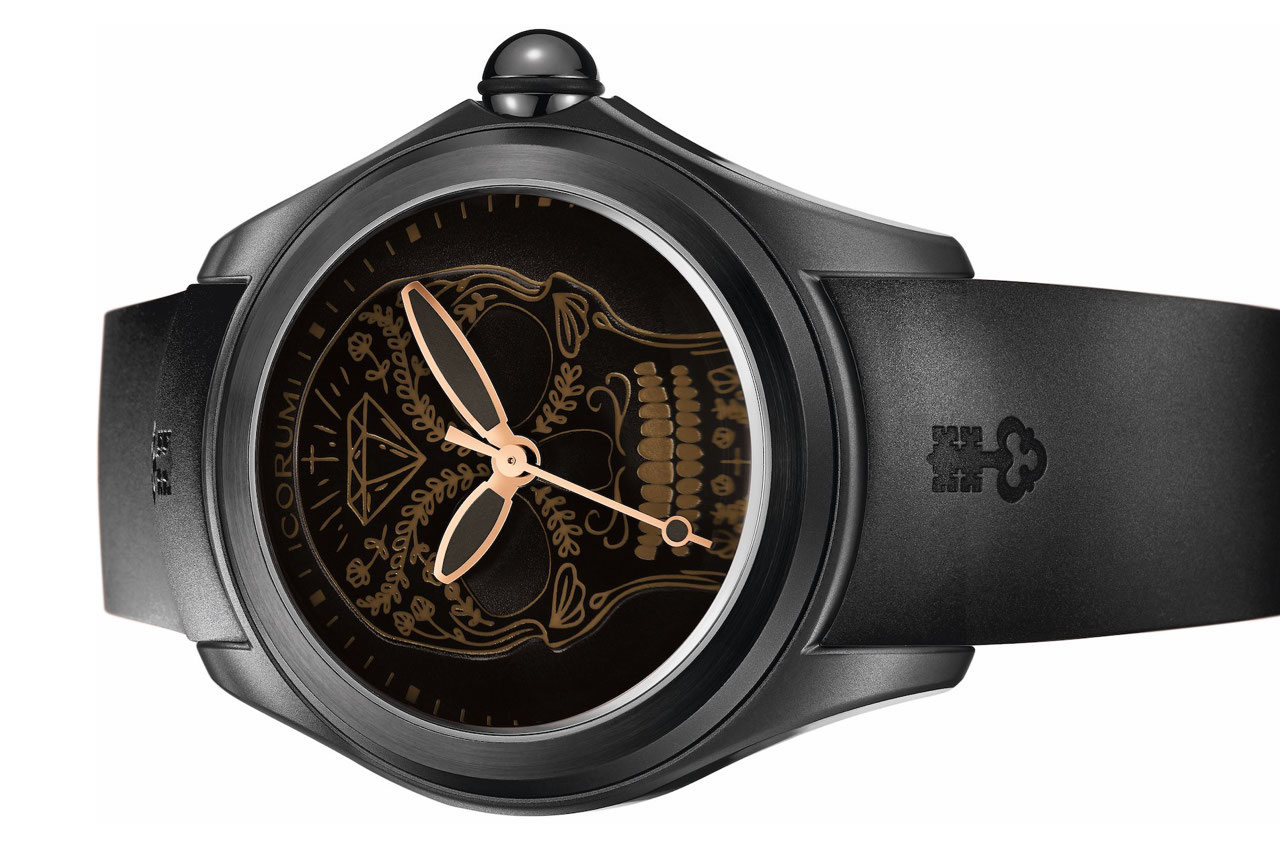 One of the industry’s most idiosyncratic and eclectic watch brands there has ever been, since its establishment in 1955 Corum’s history is punctuated with radical and daring collections; often zany, sometimes a required taste, yet never far from the pulse of design loving fashionistas. But none which have preceded it could ever stand out from the crowd quite like the wonderful Bubble, with its exaggerated features, huge domed sapphire crystal, and curvaceous rounded case.

With its rose gold tones providing the ultimate contrast against an otherwise all-black backdrop, the Corum Bubble 47 Skull 5N is a sultry but spectacular piece and a natural addition to a portfolio of exotic dials. The rose gold skull motif is done in the elaborately decorated and upbeat style which has made the Mexican Dia de Los Muertos festival so well known around the world. Above the dial, the hands are skeletonised and are relatively legible, standing out in gold.

When we say ‘relatively legible’ that’s because so thick is the dome of sapphire crystal that it’s only from directly above that the dial is not distorted, and even then the plump hands are magnified, the combined effect creating a cool optical play as the watch moves with the wrist.

Encased in a 47mm case of black PVD coated stainless steel, the contours of the Bubble 47 Skull 5N are smooth and continuous; almost irresistible to the occasional subconscious fingertip caress. The big round crown needs a tactile O-ring of black rubber for grip. Curving lugs and a case-hugging black rubber strap contribute to making the watch sit comfortably on the wrist, despite its exuberant proportions. And being rated to 100m water resistance, it’s ready to get wet too.

The Corum Big Bubble 47 Skull 5N is presented on a black rubber strap and it is secured to the wrist with a robust pin buckle.