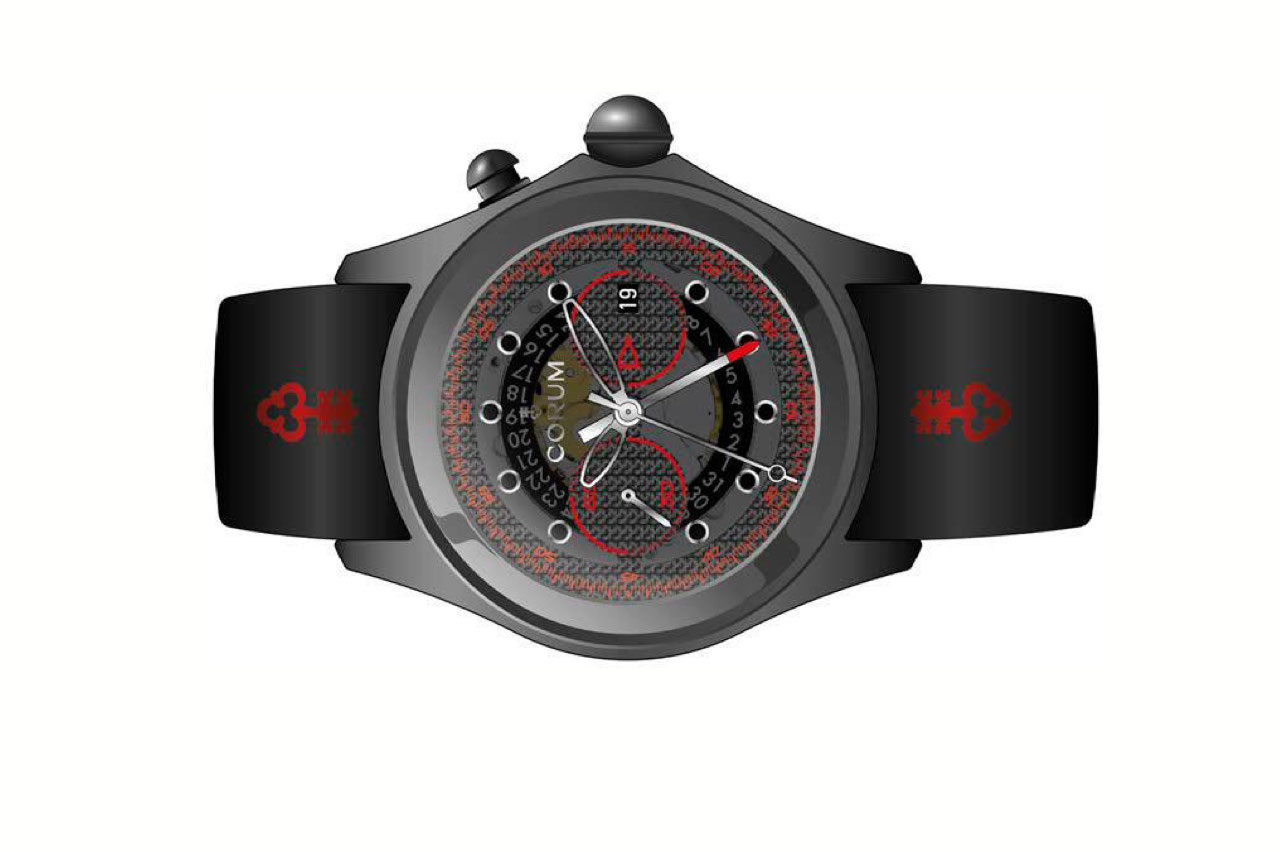 What’s not to love about the Corum Bubble watch? Unmistakable in its design, extroverted in its personality and fusing the serious business of watchmaking with an unabashed sense of fun and frivolity, it has been an icon beloved by thousands since it was introduced to herald in the new millennium, almost twenty years ago.

Discontinued only a few years later, it had already made its mark, and it was to a hero’s welcome in 2015 that the famous Corum Bubble made its return, and if it was big, bold and beautiful originally, then with sizes up to 52mm it’s already exaggerated dimensions and dominating personality have been supersized in every way.

With its matte black PVD coating, a transparent smoky sapphire dial and subtle red detailing, the Big Bubble 52 Centro is the odd one out among a family of zany, colorful dials and gleaming polished cases. In comparison, this piece has a brooding gravitas, as well as having the distinction of being the only chronograph currently available in the revised collection. Even so, at 52mm it’s still got that bonkers Bubble sense of over the top drama and it is massive.

Shaped like a comic strip spaceship, with a curvy round case, it’s bereft of a single angle and topped off with the most outrageous sapphire crystal ever used on a production wristwatch; so much so that it’s only from directly above that the dial can be seen properly, without being crazed by the distortive effect of the thick domed crystal.

The dial itself is a transparent smoked sapphire disc with big round hour markers, generously coated in black Super-LumiNova, and which appear to float above the date ring beneath. Balancing the dial, a pair of red-rimmed subdials at the three and nine o’clock positions indicate the date and sixty-minute Chrono counter respectively, while as well as a large constant seconds hand, the fourth, red tipped pointer counts off the elapsed seconds once activated by the single chronograph pusher.

Measuring 52mm across and some 20mm tall, the Corum Big Bubble 52 Centro is machined from a block of Grade 5 titanium, so despite its ginormous proportions, it is still remarkably light. Curving lugs and a case-hugging black rubber strap means that as well as being light, it will fit most wrists comfortably too. The case is rated to 100m of water resistance.

Through the sapphire exhibition caseback the rotor, whose constant spinning energises the self winding CO 961 movement, is decorated with the Corum motif. Beating at 28,800 vph, it is good for forty-two hours of power reserve.

The Corum Big Bubble 52 Centro is presented on a black rubber strap with the Corum key motif accented in red, and it is secured to the wrist with a robust pin buckle.