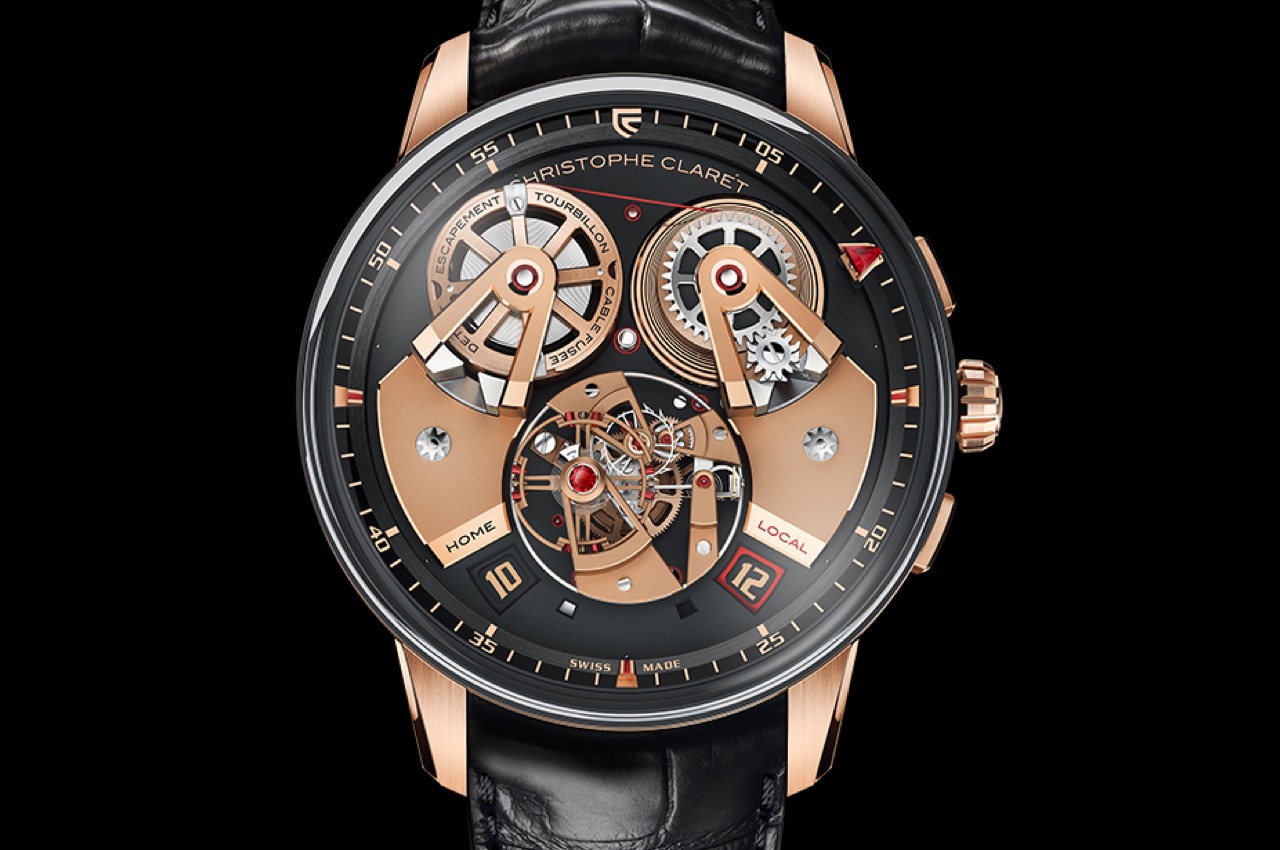 Celebrating thirty years of exceptional in house watchmaking, and ten as a standalone independent brand, Christophe Claret has created the quite spectacular Angelico to mark this important anniversary for his company. Profoundly technical, uncompromisingly meticulously crafted, and utterly captivating, it is a watch which defines the watchmaker’s obsessive pursuit of perfection, and a reminder why, over the passing of three decades, he has cemented his place at the very highest table of contemporary independent watchmaking.

Encased in a 45.5mm 18Kt rose gold case, topped with a bulbous domed crystal which elevates its height to 17.4mm, the Christophe Claret Angelico is certainly a watch of impressive dimensions, although with clean, neat styling, everything is superbly proportioned. Beneath the rounded glass, which is fixed to the case as opposed to having a bezel between, the features of the dial rise up to fill the space in a three dimensional array of horologic wonders, which are inspired by the marine chronometers of the past.

A single ‘floating’ pointer with red ruby stone indicates the minutes which are marked around the perimeter of the black dial. The hours are digital, with two windows at the five and seven o’clock positions displaying local time and home time respectively, and at the precise stroke of the passing of the hour, each numeral jumps instantly.

The mechanism’s key features are of course the fascinating cable fusée transmission and the spectacular tourbillon whose architecture dominates the centre of the watch face. Using an ultra fine red cable manufactured in strong Dyneema, which offers reduced friction compared to the more familiar chain alternative, it unwinds winch-like from the right where it is dispensed over the movement’s 72 hour power reserve, and coils around the spool on the left. As the mass of the cable is fed out from one, and wound around the other, two linear apertures show how much power remains in the stacked double barrel.

The tourbillon features a long detent escapement, and beneath blue bridges it rotates in a six minute cycle. As well as being technically complex and mesmerising to watch, the escapement and the unusual 360 second rotation are both beneficial, as each provides increased accuracy and lower demands on the power source, enhancing precision and energy use.

On the underside, the hand winding movement is revealed under a sapphire caseback. Comprising no fewer that 470 components, its jumping hour mechanism has two star wheels which are activated for a split second via the cam and sprung pawl levers. Entirely created in the Christophe Claret atelier, it is an incredibly beautiful example of the brand’s progressive Haute Horlogerie, and each element is immaculately hand finished.

A horologic and innovative contemporary masterpiece, the Christophe Claret Angelico is produced in ten pieces only. 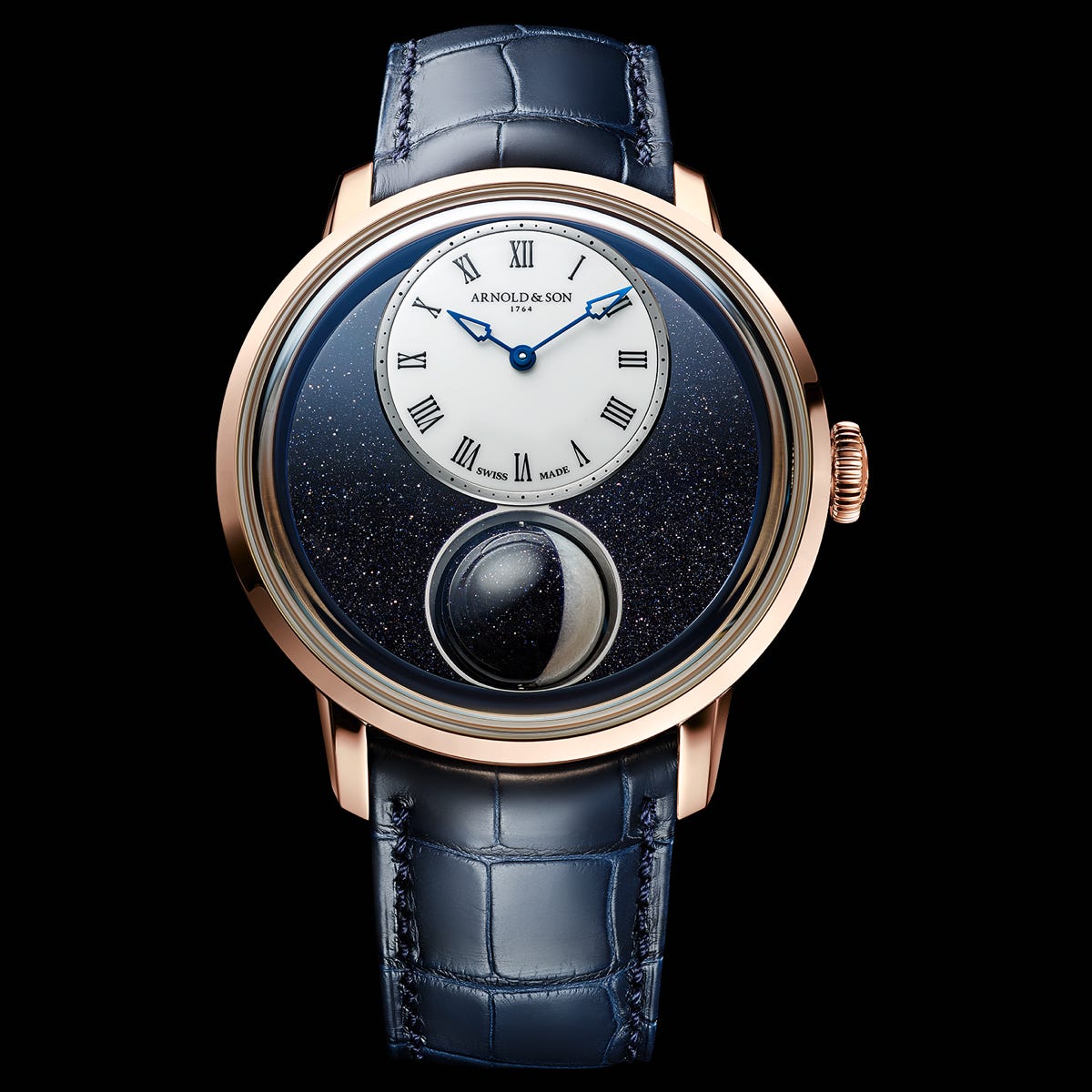 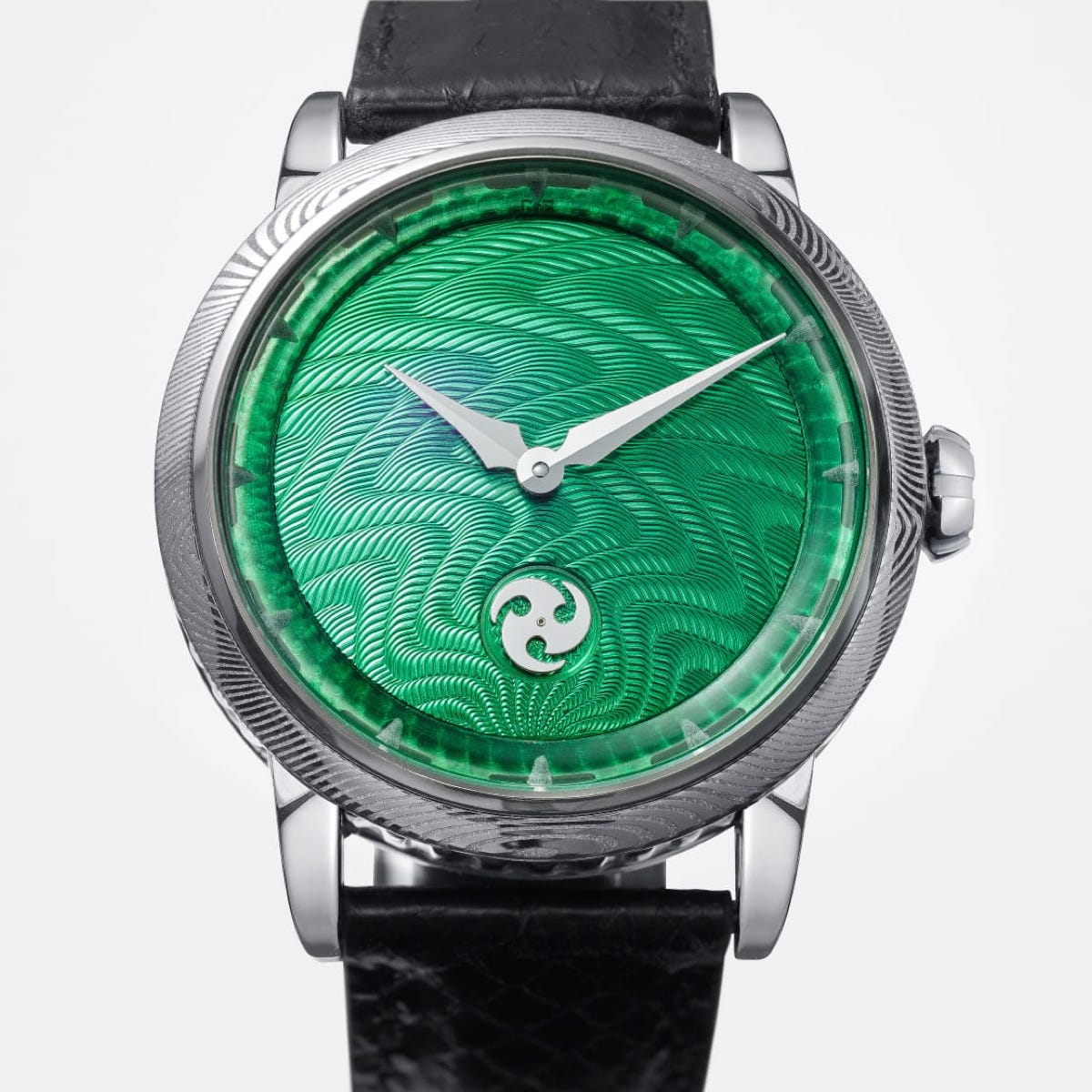