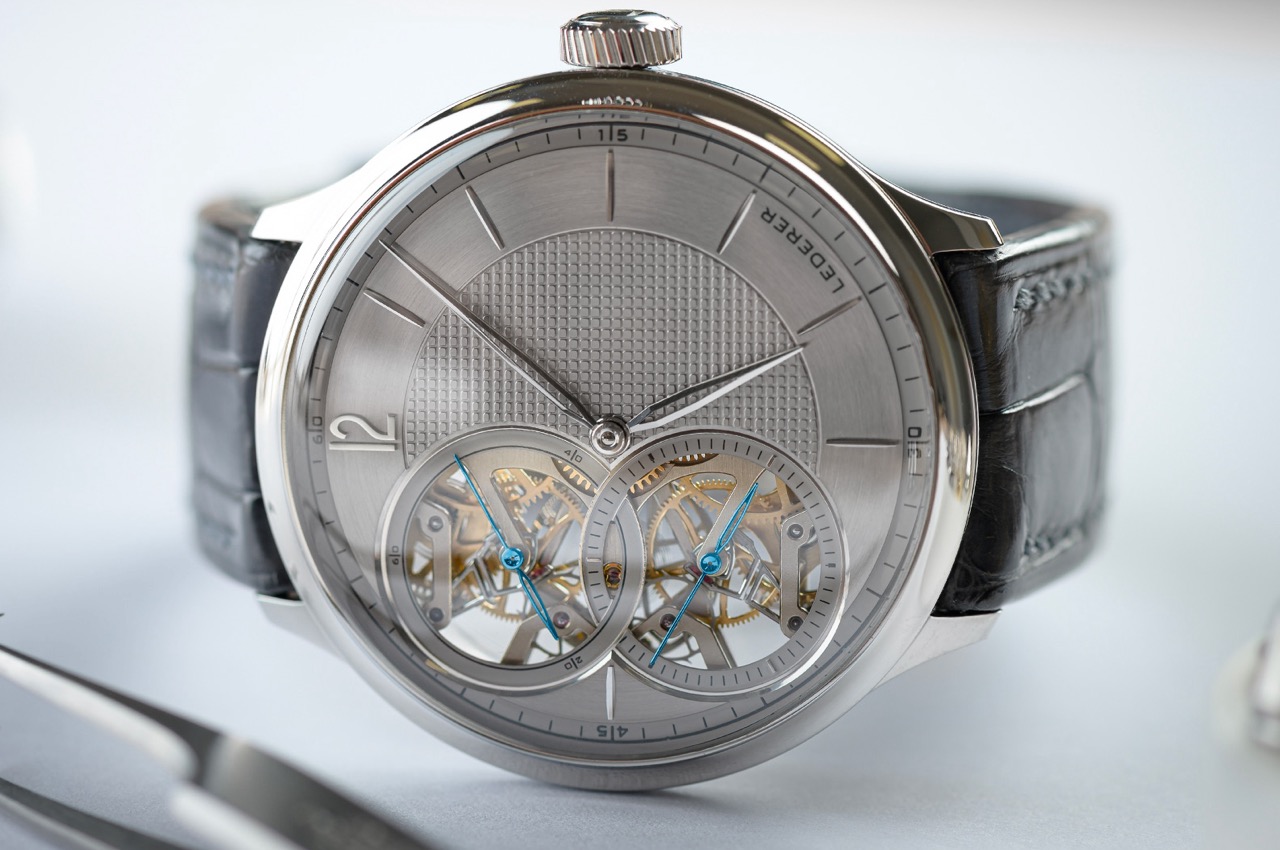 An exceptional piece of contemporary haute horlogerie, which takes one of the most elegant solutions to the conundrum of constant force and reinterprets it in its purest and most precise level, the Central Impulse Chronometer by independent master watchmaker Bernhard Lederer is a masterpiece of breathtaking aesthetic beauty and profound technical innovation, which represents years of development and sets a new standard in the quest for chronometric perfection.

Winner of the prestigious Innovation Award at the 2021 GPHG ceremony, the Central Impulse Chronometer truly is an extraordinary wristwatch, whose elegant styling and immaculately executed finishing accentuate an uncompromising level of attention to detail throughout.

Presented in a round case of 18ct white gold, the Central Impulse Chronometer measures 44mm across and only 12.2mm tall, and like the bezel, the polished waist of the watch is slim, as much of the case is glass. The case is designed around the dimensions of the movement, with its expanses of sapphire crystal, above and on the underside, maximising the view of the astonishing mechanical masterpiece which beats in its unique rhythm within.Powered by a manual winding mechanism which has been fully conceived, designed and developed in the master watchmaker’s state of the art atelier in Saint Blaise, its eye catching, sculpted architecture is revealed in a stunning three dimensional vista beneath a sapphire crystal caseback which covers the entire width of the case.

A reimagination of the natural escapement, as envisaged first by Abraham Louis Breguet, and more recently by the great George Daniels, the Lederer Calibre 9012 is as complex in its conception as it is fascinating and captivating to observe. Conceived to deliver optimal precision by having the most direct connection between the escapement and the balance, the movement features two separate gear trains, each of which are individually energised by a dedicated barrel, and which terminate at the two escapements, giving the mechanism a striking visual symmetry. Configured either side of a pivoting anchor, each escape wheel is governed by its own ten second remontoir, a tiny spring at its centre, which stores and then releases its energy in alternating bursts, as they regulate the oscillations of the large titanium balance wheel between them.

Taking inspiration from Daniels’ accomplishments, which were created for use in his pocket watches, the German master watchmaker has taken those discoveries to the limits of their potential and realised the concept in this extraordinary wristwatch, which is designed to draw the eye in towards the alternating pulse of its mesmerising mechanical heartbeat.

The meticulously crafted components have been manufactured in-house to the most exacting tolerances, and to be as light and therefore less energy-sapping as possible, while also optimising the delicacy of contact where they engage with each other, all the while enhancing the isochronism and the consistency of the delivery of energy to the balance, in its technical sophistication and complexity, this is a mechanical masterpiece of superbly refined efficiency and precision.

Beneath the subtle convex dome of sapphire crystal, the dial is beautiful and minimal in its appearance, with an overlapping figure of eight cutaway section revealing the two escapements below. Each has its own small seconds hand, which is perfectly synchronised with the other, and rotate in opposite directions. The surface of the dial is finished with a silvery rhodium plating with circular brushed graining around the outside, and a central panel with a motif of three dimensional guilloché patterning. The highly polished hour and minute hands are slender and elegant, like the fine baton indices which are applied around the dial.

Presented on a black alligator leather strap with folding clasp, the Central Impulse Chronometer is a rare and special timepiece for the connoisseur collector by one of the most respected independent watchmakers of our time. This superb piece of modern styling and horological innovation is manufactured in only twenty five examples.