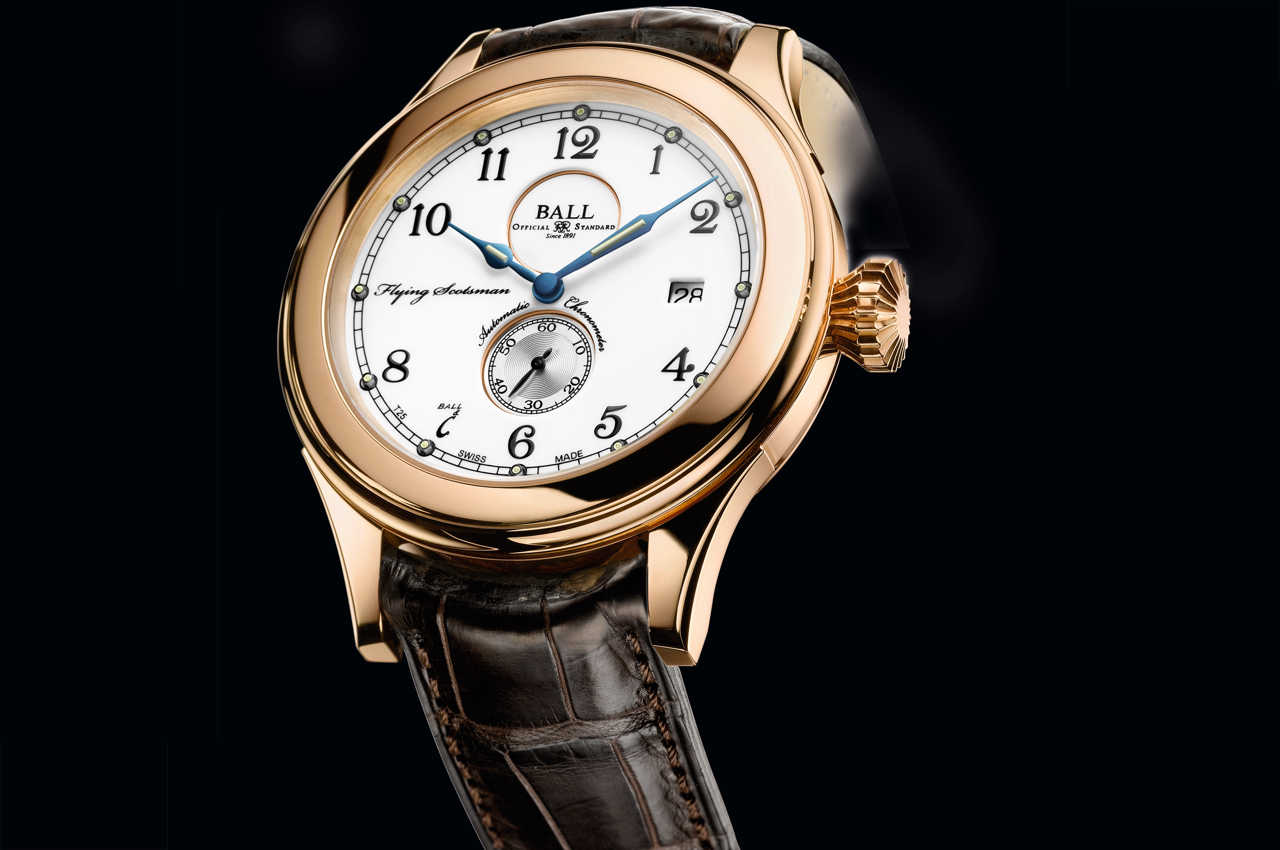 The Ball watch company has been associated with the American railroads for more than one hundred years, and this relationship began when, following a spate of accidents due to very loose timing synchronicity between rail companies, efforts were finally made to eliminate these human errors by devising and establishing a system which would go a long way to prevent rail disasters in the United States, and which would soon be adopted nationwide.

As one of America’s most popular watch brands, the task fell to the Ball watch company and with this important commission, so began an association which would define the brand to this day.

Encased in a beautiful solid 18Kt pink gold case with pronounced fluted crown, the Trainmaster Flying Scotsman is a superb limited edition tribute to one of railways’ most historic and enduring icons. Elegant and classical its polished rounded lines are clean, and with soldered gold lugs and broad bezel its 42mm case almost appears to be thrust forward.

Beneath the sapphire crystal the glassy sheen of a fired enamel dial is stunning, and its painted minutes track and old style arabic numerals, and recessed decentralised small seconds subdial add to the styling which recalls the 1930s and ‘40s, and the date window is at the 3.

Blued steel hands taper to a fine point, and introduce a touch of modern which is also a Ball signature: the tiny glass micro tubes, filled with tritium gas which in low light emit a vivid glow. These are also used for the hour indices and so in the dark, the hands and markers glow green, except for the 12 o’clock marker which is red.

To the rear, a sapphire glass reveals the ever reliable ETA 2895-2 automatic Swiss movement which beats within, and which has been certified a COSC chronometer ensuring exacting accuracy. The spinning of the gold inscribed rotor maintains the 42 hour power reserve.