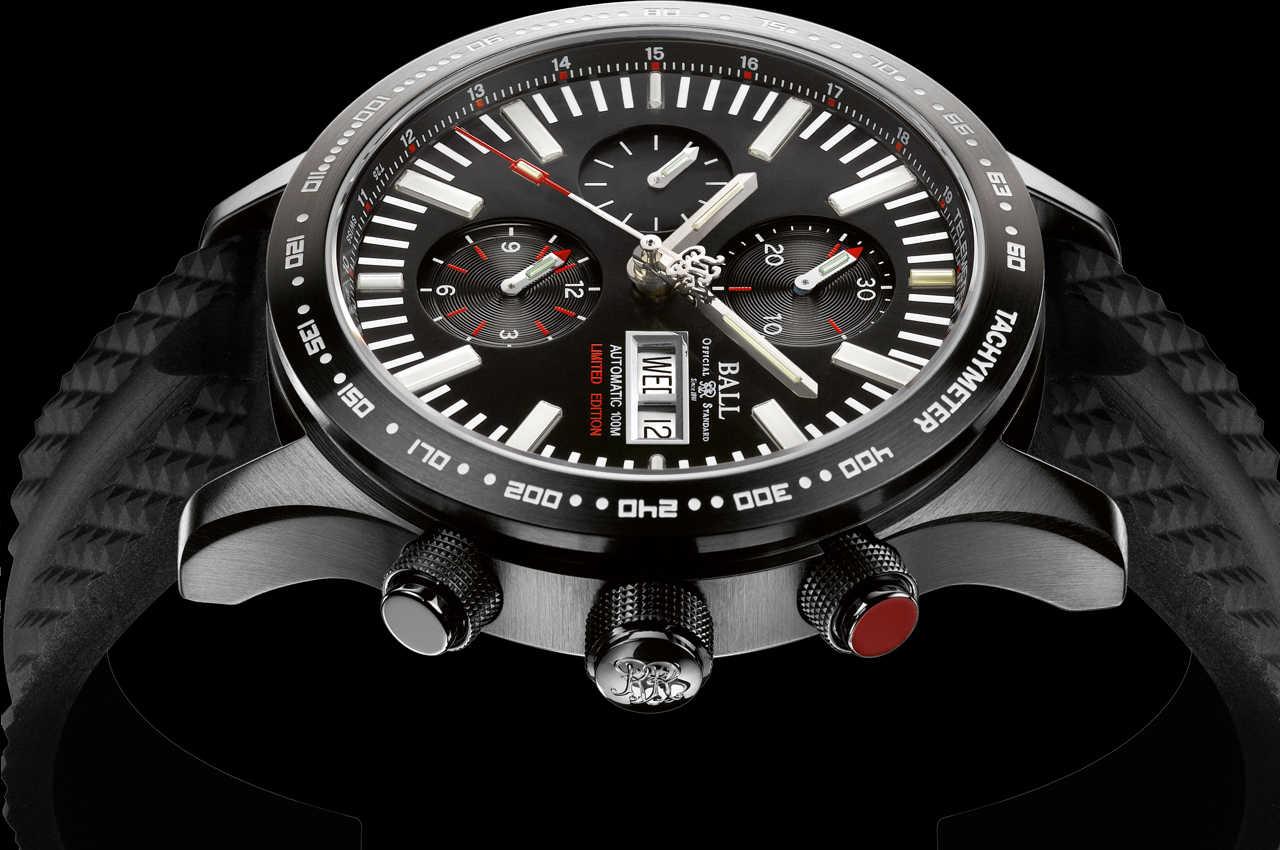 Wearing the Ball Fireman Storm Chaser Glow DLC you’ll never be able to use the excuse of ‘I didn’t know what time it was’ when you’re late again, because with no fewer than sixty-six glass microtubes, filled with a special gas which lights up when the lights are down, in daytime or night there’s no way to avoid knowing what time it is.

Like with all of Ball’s watches, the emphasis is on functionality, practicality and crisp legibility, and in the Fireman collection, these signatures are captured in a range of casual cool watches.

Even in daylight, the Fireman Storm Chaser Glow DLC is no shrinking violet; its black DLC coated stainless steel case weighs in at 43mm, and its matte surface, prominent markings and tactile crown and Chrono pushers give it a brooding presence on the wrist. Created in recognition of the professional storm chasers and their hi-tech mobile laboratories, this piece is designed to provide superb readability in all conditions and in all lights.

Beneath the sapphire crystal, the dial area is all about legibility, and the broad applied hour markers and elongated minutes markers extend far from the edge of the dial towards its center. Using Ball’s trademark feature, the 3H tritium gas filled micro tubes the minutes glow in a blue ring while the hours stand out in green, as do the hands and even the Chrono pointers. Unlike Super LumiNova which requires exposure to light, and which fades over time, the gas tubes remain are always charged and the glow is vivid and clear.

The layout of three subdials at the 6, 9 and 12, with day and date windows at the 3 signals the presence of the Valjoux/ETA 7750 within, and the assurance of the reliable and precise Swiss automatic self-winding movement. It is sealed in behind a polished steel caseback with a Doppler Radar mobile weather monitor truck motif embossed in the center.

Boasting a useful 100m water resistance the Ball Fireman Storm Chaser Glow DLC is a versatile watch, and is presented on a black rubber strap with sturdy DLC steel buckle.