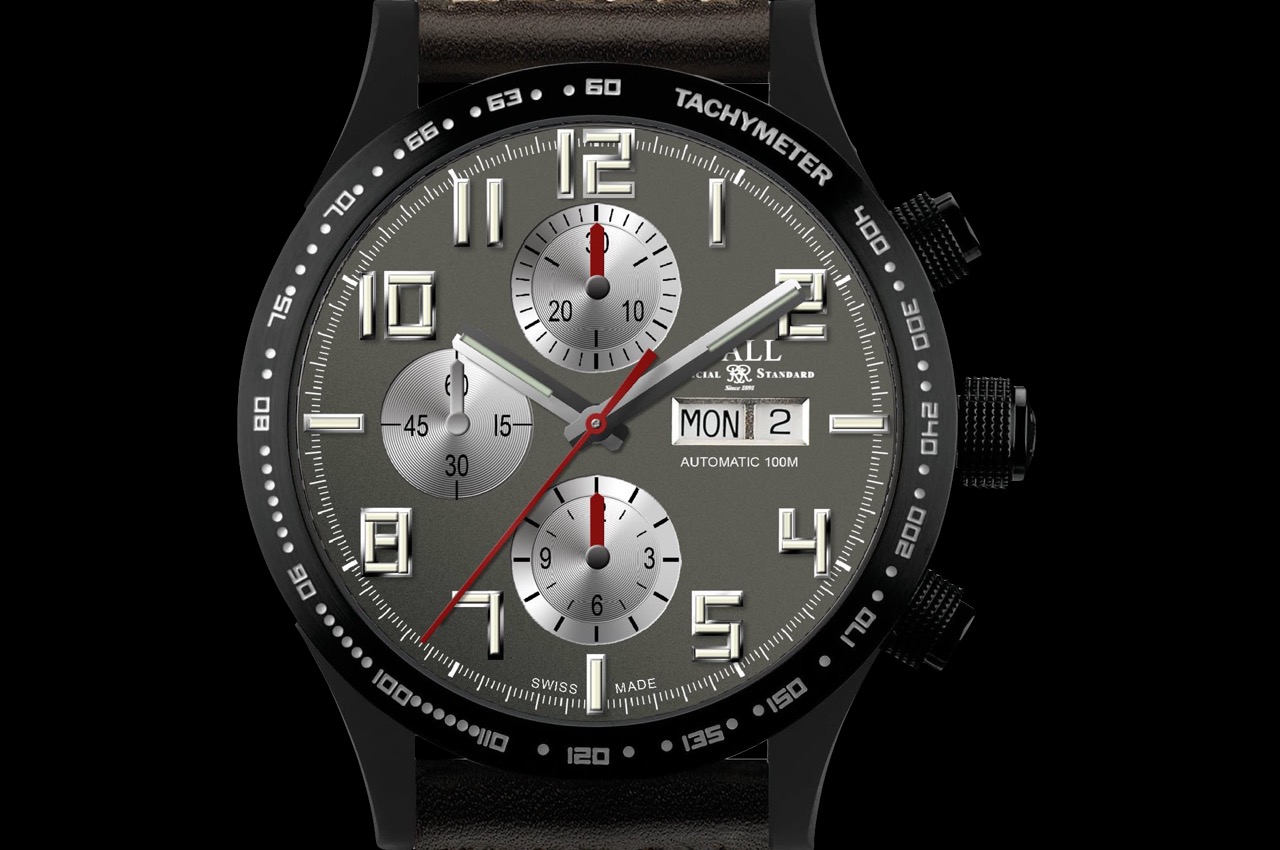 A robust sports timekeeper with supreme accuracy, the Ball Fireman Storm Chaser DLC Glow II maintains its functionality and maximum legibility, even in the most extreme environments.

Even though this model has been constructed with Ball’s characteristic no-compromise toughness, it has a handsome character and a stylish wrist presence.  Take it into the great outdoors, however, and it immediately becomes an essential companion for even the most adventuresome wearer.

The piece carries a 43mm stainless steel case which has been given a stealthy coating of DLC.  Around its bezel, the inclusion of a Tachymeter scale hints at the utilitarian spirit of the piece, while on the case-side, the robust pushers and crown have a textured surface for extra grip.

Beneath the scratch-proof sapphire, the stunning slate grey dial is beautifully designed to carry the three subdials at the 6, 9 and 12 and the double date aperture at the 3 o’clock.  Vivid red accents complement the monochrome background, while the typography of the Arabic numerals is perfectly proportioned to complement the masculine character of this superbly styled dial.  As an added bonus, after dark or during low-light conditions, the company’s special micro gas tubes step up to the challenge and provide remarkable dial-side illumination, enabling full use of the functions.

Giving power to the Fireman Storm Chaser DLC Glow is the automatic Ball Calibre RR1402, which has been sealed for water resistance of 100 metres. Offering accuracy and reliability, the calibre has been protected against shock resistance up to an astounding 5,000Gs, and it beats at 28.800 vph and has a 48 hour reserve of power.

Characterised by clean styling and handsome aesthetics, the Ball Fireman Storm Chaser DLC Glow II is a watch which although highly suited to daily wear, can also be relied on for unwavering accuracy and practicality.  The piece comes presented on a calfskin strap and has a limited production of 1,999 examples.